An essential itinerary that touches some of the most beautiful and fascinating cities of India, where you can stay in hotels built in the past that offer unique emotions and style in the world. A fascinating trip to Rajasthan from Mumbai to experience the magical atmosphere of the pink city of Jaipur and of the blue city of Jodhpur. 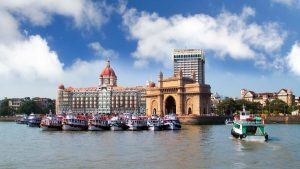 Mumbai, a City to Dream

A trip to India is often dreamed, organized, and imagined for a long time. You get then loads of questions and expectations. Then we leave, we arrive, and we are catapulted into a world completely different from ours. As soon as you land in Mumbai, for example, here comes the emotion. An emotion that is strengthened at customs, then still on the street, when the light and the spicy smells begin to reach our eyes and nose.

An emotion that is consolidated when you come into contact with the kindness of the Indians and with the look of a child. The warm and humid climate leaves you stunned, perhaps defenseless. But not to worry, we are in India. Everything is colorful, noisy, fantastic, but at the same time bitter. Because the reality is sometimes hard to accept and understand for Westerners.

The journey begins in Mumbai, from the Gateway of India. Built in the 1900’s to welcome a King, it went down in history for greeting the last British governor. The most beautiful sight of the city can be enjoyed from the rooms of the Taj Mahal Palace & Tower Hotel (pictured). From the windows, you can admire the bay, as well as the whole city. A city half modern and half nineteenth century, with still intact the signs of its maximum splendor. 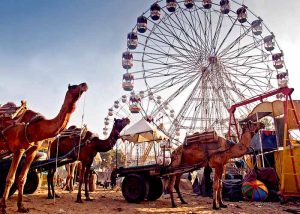 From Mumbai, Rajasthan is reached, one of the most magical areas of India. A trip to Rajasthan, in fact, represents the meeting with India of the collective imagination, India told by travelers of the past centuries.

That of the novelists who set their stories in it, even though they were the last to believe that such a place really existed. Probably, this still happens today. We start with doubts and fantasies, except to discover that it is all true. True Maharaja with turbans studded with gems. True stories of people who were weighed to the sound of precious stones. True war stories with the scimitar between the teeth. True tales of caravans and merchants. True, or at least verisimilar.

Between reality and legend, here is the city of Jaipur, a place of infinite charm, built in the shape of a square, because it is a symbol of stability. The city was originally divided into nine neighborhoods, two of which were central to house barracks and administrative buildings. Today it is famous for its pink color, but originally it was multicolored. The red rust, applied in 1883, was chosen as a welcome color for the views of the English monarchs. Arrived in Jaipur, one has the impression of having arrived in true India, that of the colors and the saris of women. If Jaipur is the pink city, Jodhpur is known as the “blue city” for the typical color of its houses. Many centuries ago, the Brahmins of the city painted the houses of this color, after having discovered that it removed the mosquitoes.

And the journey continues to the main center of southern Rajasthan: Udaipur, A romantic city protected by the little lakes, Feteh Sagar, and Umaid Sagar. The symbol of the city is the Jag Nivas, once the summer residence of the maharajas, today a luxury palace. Udaipur is also the right place for purchases. Silks, jewels, carved wood, rugs, are the memories to take with you along with tea and the natural medicines of the “knowledge of life”.