One of the most commonly used spices picked directly from the Alleppey region of Kerala in South India is turmeric (haldi). It is characterized by a slightly bitter taste and has a unique fragrance. This spice is very well known in Indian kitchens for its ability to give yellow color and taste to pickles, rice items, curries, sweet dishes, and some drinks as well. The best part about turmeric is that a very small amount is needed to flavor the dishes.

The origin of turmeric

Turmeric is a root, recognized as a member of the ginger family. It is 5-6 feet long and originated in India, after which it reached the Chinese coast in AD 700. Following this, the spice went first went to East Africa after 100 years and West Africa in 500 years. Arab traders were responsible for spreading the spice across Europe in the 13th century. Prior to Vasco de Gama landing up on the Malabar Coast in Kappad, Kerala, the Arabs had ventured out in the search of spices. 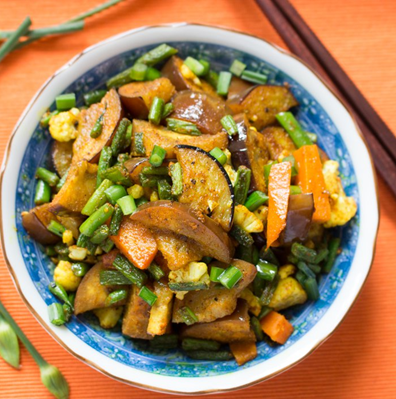 Turmeric by itself does not impart a great taste to food, but it works very well in combination with other spices in India. You may not know this, but this versatile spice is also used for a number of international cuisines.

World is opening up to use of spices

There was a time when spices were synonymous with hot food with a lot of chilies. Over time, with globalization, the world has come to realize the importance of spices such as turmeric. More and more people in different parts of the world are intrigued by this masala and wish to learn more about it. The word ‘spices’ is used to denote various flavors and aromas now. And unlike curry paste, which can go bad, turmeric powder will stay good in your pantry indefinitely

The following international examples will explain why you need to Buy Turmeric Powder:

With Indians now being settled in Europe, North America and several parts of the world, there has been a surge in Indian restaurants, leading to a liking among the masses. Development of the cuisine world has continued side by side, leading to the creation of fusion cuisine.

What is fusion cuisine?

Just like the name sounds, it is the combination of elements picked up from different countries of the world. In a country with multiple cultures, you may even combine elements from many of them. The primary objective of fusion cuisine is to come up with innovative dishes.

Some great innovations using turmeric are:

Turmeric is said to be the most powerful amongst Indian spices. It is recognized as the go-to solution for every health problem. Its major benefits are as follows:

There are a huge number of curries and non-vegetarian dishes that make use of turmeric in India. Lentils (dal) are always prepared by using it. In fact, it is one of the top hero ingredients for your kitchen.