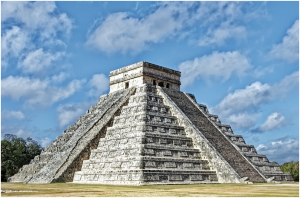 If you want to mix culture, education, and mesmerizing ancient ruins — Chichen Itza is your best bet. The Itza were a group of Mayans located in the northern part of the Yucutan peninsula. Chichen Itza stands for “at the mouth of the well of the Itza”, which was perfect because this city was located in the prime spot for easy access to water.

When you will visit these interesting places, you will love to read Simplyhindu – A Modern News Magazine.

One of the largest Mayan cities, it is now known as a prime tourist spot in Mexico. Many buildings remain because of the strong cultural, historical, and government impact it had for years.

When it comes to traveling, learning about the history and culture of a new city can be somewhat overwhelming. There are various locations that you might want to see, and there is an enormous number of tours that you can choose from. Choosing a private tour is the best way to go when visiting a site with such a history attached to it. The private Chichen Itza tour lets you tour this location for a full day to truly discover what this ancient city embodied.

This temple is known to be one of the largest Mayan buildings that you can still hold large gatherings in. It is surrounded by four platforms, met with large columns. Chac Mool greets you at the top of the steps (often known for the stone’s sacrificial purposes) while the warriors engraved into the columns give you a glimpse into the Mayan culture. This building is located in the Grand Plaza next to the Temple of the Tables.

When you look up pictures of Chichen Itza, this is probably the first one that pops up. This pyramid served as a temple to the deity of Kukulcan (the feathered serpent), which is why you see sculptures of plumed serpents running down the sides of the temple. All four sides of the pyramid contain 91 steps, so you better get your step count in if you plan on visiting this templed beauty.

You will never forget the acoustics alone in this ball court. Many engravings on the wall surround the ball court with two hoops on either side to take part in a game that the Mayans used to play. These engravings on the wall tell a darker story of either the winner or loser being sacrificed to the Gods after one of these games were played — although we are not entirely sure which one it was.

The infamous skull rack got its name because it is known that this platform would be used to stack skulls on top of each other to display the heads of sacrifices. It could be prisoners, or enemies that have died, or losers from the Great Ball Court — but anyway, this display would be put on to control their people and scare those away that saw it.

Ceremonies, dances, and sacrifices were performed on this grand platform. This platform includes stairs on all sides and was never blessed with the option of becoming a temple. On this platform are engravings of the signs of Venus — used to determine astronomy and the Mayan calendar.

Chichen Itza has a wonderful history of spirituality throughout its time and is widely known as a sacred location. The Sacred Cenote is a limestone sinkhole filled with an abundance of water and was used mainly for religious purposes back then. Although, in most places, you might want to jump into a water-filled hole — this is not a good idea. The Sacred Cenote has no way out and they used to throw people into it to trap them.

Not necessarily in Chichen Itza, but extremely close by, is another cenote. Climb down 26 meters to truly enjoy the beauty of this water hole. Pieces of branches and earth cascade down as you admire the blue waters that will make you want to jump in. Archeologists have found pieces of bones and jewelry in this denote as it used to be used as a sacrificial spot for Mayans to worship their Rain God.

Not your typical cave, this cave is also a short distance to Chichen Itza. This cave was used for ritual purposes to the Rain God as well and once you step inside you will see altars, religious engravings, and displays of ceramics. Many scholars have studied this cave for years and it is now accessible for tourism.

Take on the day with your travel friends and book a tour while you adventure in the most interesting attractions that Chichen Itza has to offer.

2 thoughts on “8 Interesting Places To Visit In Chichen Itza”