Are you wondering what the benefits of solar power are? Not sure exactly how solar energy benefits the planet?

While you may have heard that solar power energy can be helpful for the environment, you may not know exactly why this is. There are several reasons why solar power can be so beneficial for the planet, so it’s important to understand what they are.

In this article, we’ll tell you about 3 major ways that solar power energy benefits the planet. 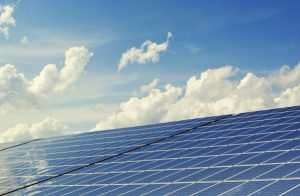 One of the best benefits of solar energy is that it is a renewable energy source that reduces air pollution.

When more solar energy is used, the planet’s dependence on non-renewable energy sources will be reduced. Energy sources such as coal, natural gas, and oil create pollutants and can harm the quality of the air. Fossil fuels create a lot of pollution. The smog and dirty air that these fossil fuels create is harmful to the planet and the health of its inhabitants.

Fortunately, the problems caused by these fossil fuels will become less of an issue once our solar power usage increases. By getting your own solar system, you’ll be doing your part to improve air quality.

Another benefit of solar power energy is that it can reduce water usage. Electricity production will make use of hydropower and nuclear energy, both of which tend to use plenty of water.

Dams will often be used to control water flow and produce electricity, but they can have negative effects on the environment. They can disrupt ecosystems and lead to fish and other species going extinct. They can also lead to problems such as the loss of forest, wetlands, and farmland and can also encourage erosion in coastal deltas.

By relying on solar power instead, the planet will rely less on dams and hydropower. Less water will be used and there will be less impact on local ecosystems as well.

3. Helps in the Fight Against Climate Change

Making the switch to solar power energy can also benefit the planet by helping to fight climate change.

Scientists have done plenty of research on climate change. The general consensus is that renewable sources of energy are needed to curb the negative effects of fossil fuels and non-renewable resources on the environment.

If you’re thinking about using solar power energy, you should make sure you know exactly how it affects the planet. Be sure to consider the information above if you want to do your part in helping the environment.

In search of more interesting articles and guides? Start browsing our blog now to find more useful tips and insights.