Over the years I have had extremely frustrating moments while traveling.  To be honest, I let some of them consume me enough to ruin a trip or two.  The more I traveled though, the more I realized that I needed to stop fighting things that were out of my control and to adopt the attitude of what will be, will be.  Of course it was easier said than done, but now that I have almost mastered it, my trips have benefited greatly and I look at the change of plans as just another adventure.  Being able to adapt to changing circumstances is the key to a successful trip!

In traveling this way, I have also opened myself up to synchronicity, something I profoundly believe in (so much so I have the word tattooed on me).  Traveling definitely stirs up ones energy and awakens the soul; allowing for all sorts of meaningful coincidences to occur.  The trick is to stay aware — something I did the entire time I was in Brasil and I cannot believe all of the synchronistic events that happened.

One of the most synchronistic events of the trip happened at the airport.  My flight from Manaus to Rio was delayed several hours, meaning that I was going to miss my flight back to the States.  In that moment I had two options:  1) I could get majorly stressed, which would have negated the last ten days or 2) I could smile, realizing the Universe had given me exactly what I wanted: more time in Brasil!  I am sure you know that I decided on the latter option.

As soon as I landed in Rio, I made a quick call to Casa 32 to see if they had a room available for the night and thankfully they did.  They were excited to be able to see me again, as was I to see them.  Before I left the airport I talked with someone at USAir and explained the situation.  This is where synchronicity came into play.  Because I missed my flight and the next night’s flight was sold-out, the only seat available was in first class and they gave it to me.  Not only that, there was no change or upgrade fee.  They even offered to put me up in a hotel for free.  The best part though was that I got an extra day in Brasil!  I was so proud of myself that I had not spent the five hour flight stressed, since in the end everything worked out beautifully.

While I was in Rio I never had the chance to spend the day at the beach, only the evenings.  Such a sin, right?  Thus, the decision to spend my surprise extra day at stunning Ipanema beach was an easy one. 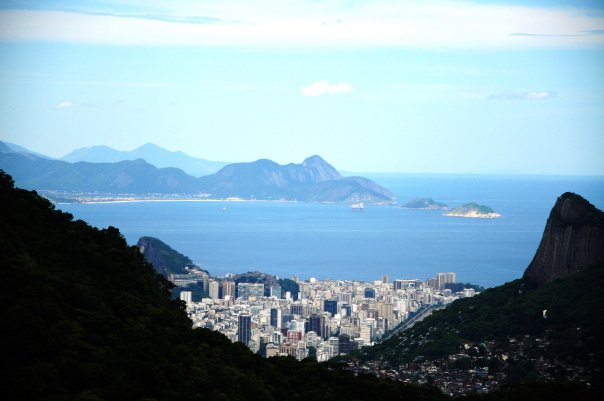 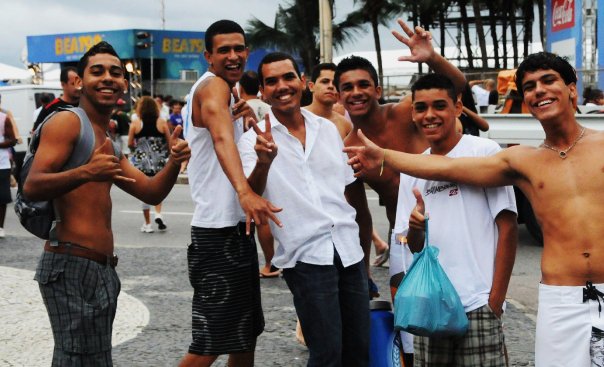 The next morning, the weather looked ominous, but as soon as I arrived at the beach the sun came out in full glory! 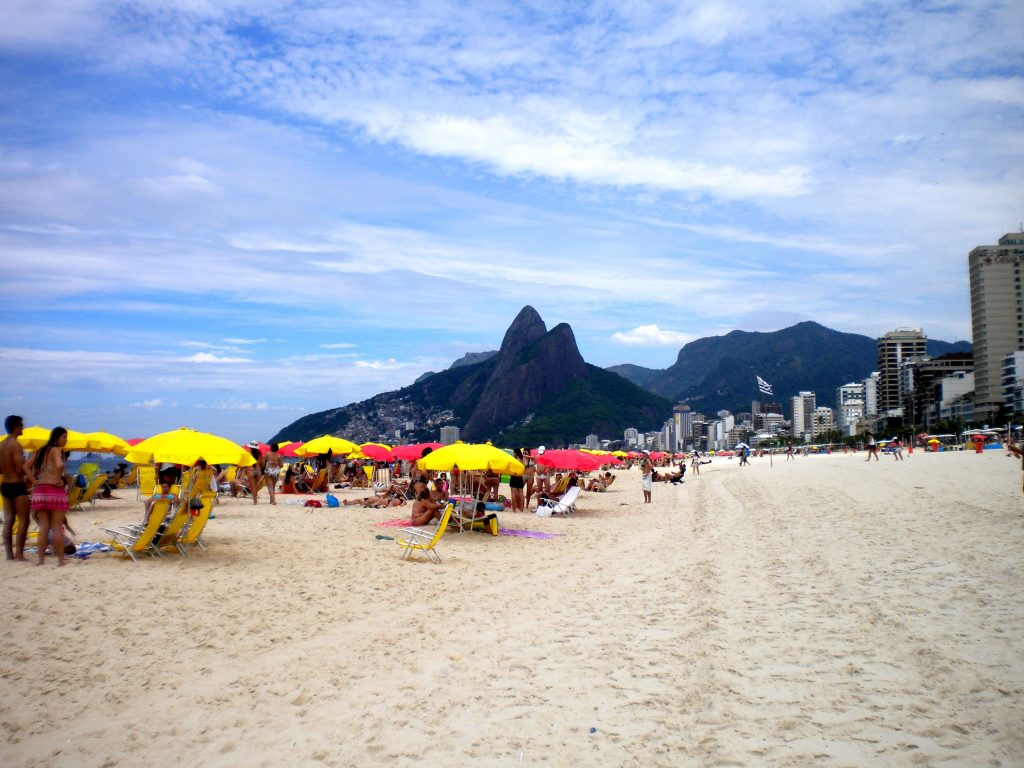 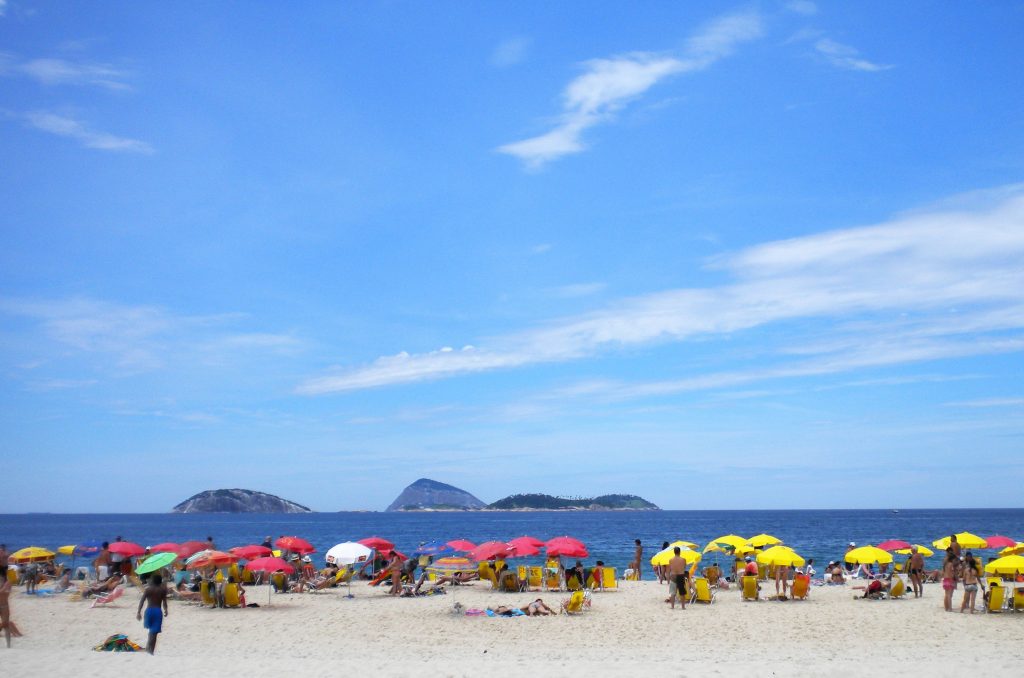 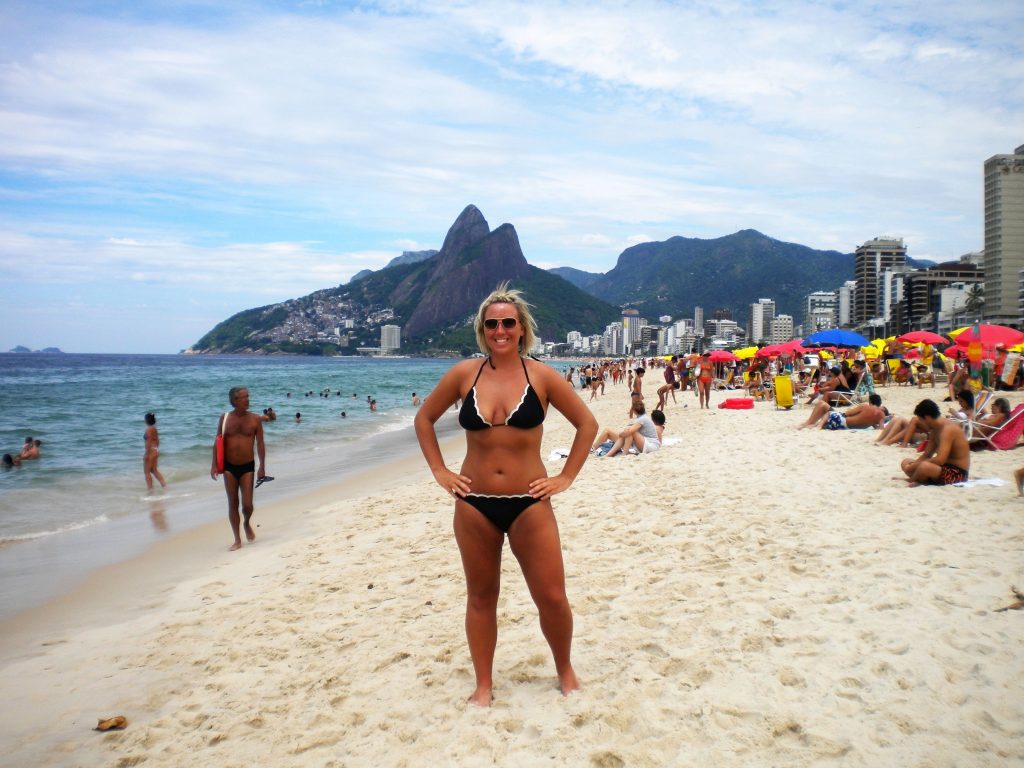 As I soaked up every.single.second of my time at the beach I realized that I was in the BEST place in the world to start 2010.  What a year this was going to be!  On my taxi ride back to my hotel I felt completely at peace.  Of course, I still did not want to leave Brasil, however I could not have asked for a more perfect trip. 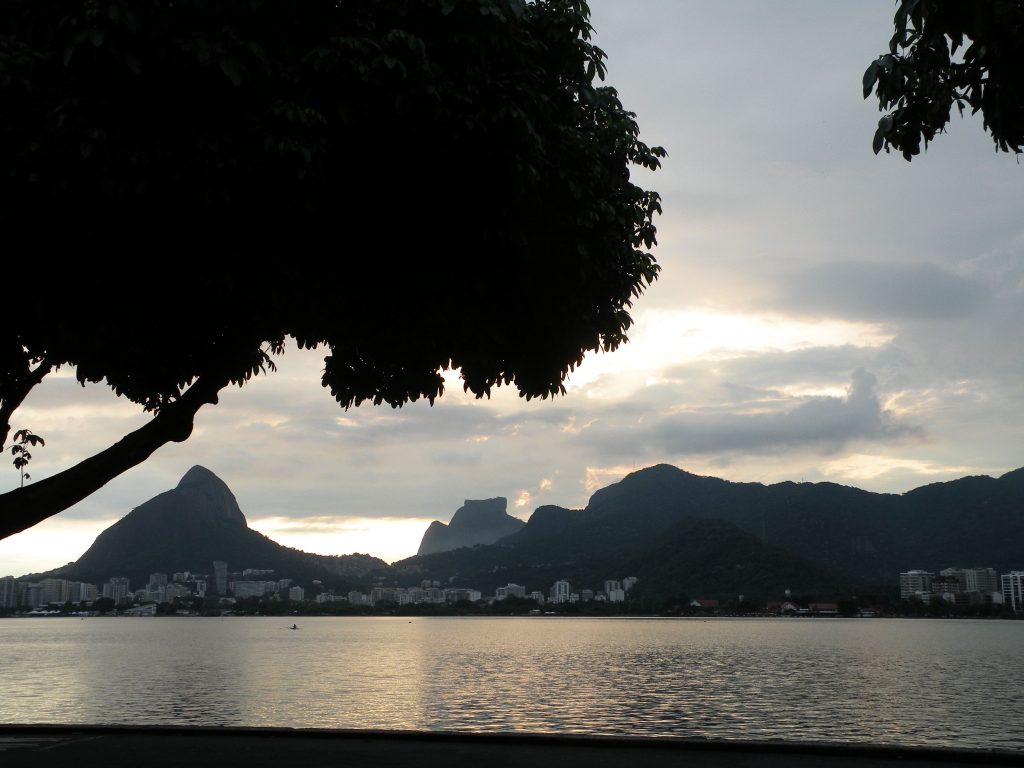 Your life is forever changed when you travel.  It is probably the most challenging thing you can do, because it pushes you in ways that daily life does not.  However, you will also be rewarded in ways that you never imagined if you can find the courage to get out and explore.  As I walked by the same airport cafe I sat at the firtst day I had arrived in Brasil, I recalled just how much I had experienced in less than two weeks and how I celebrated a new year in probably the most extraordinary fashion.