On our way to Playa del Este we encountered more propaganda signs.  We each had our eyes glued to the taxi windows in case we should see one, as we were completely enamored! 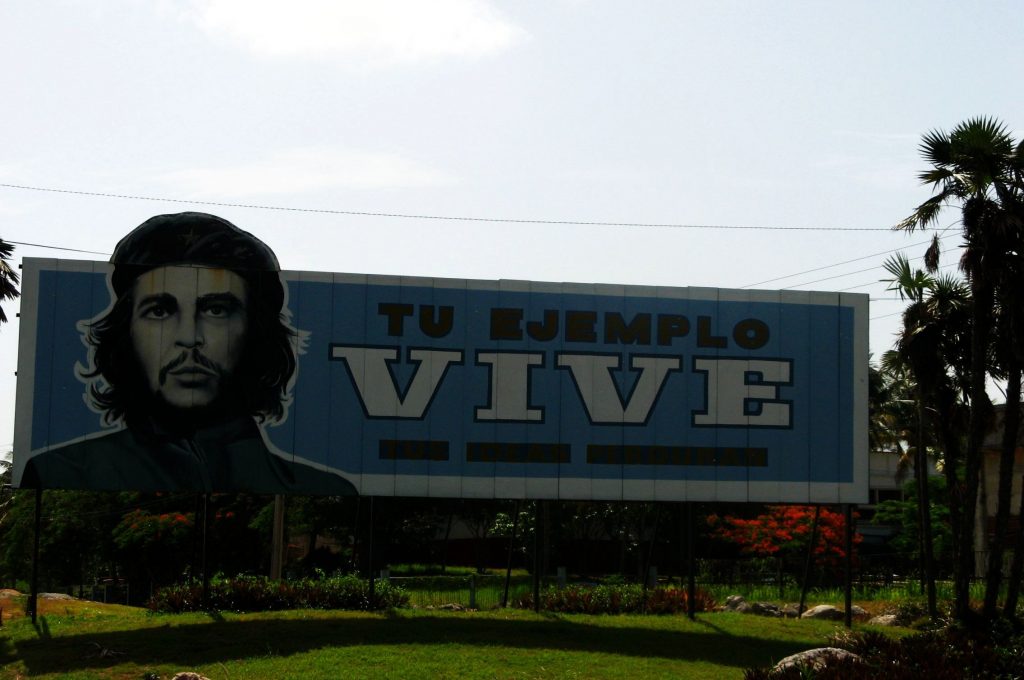 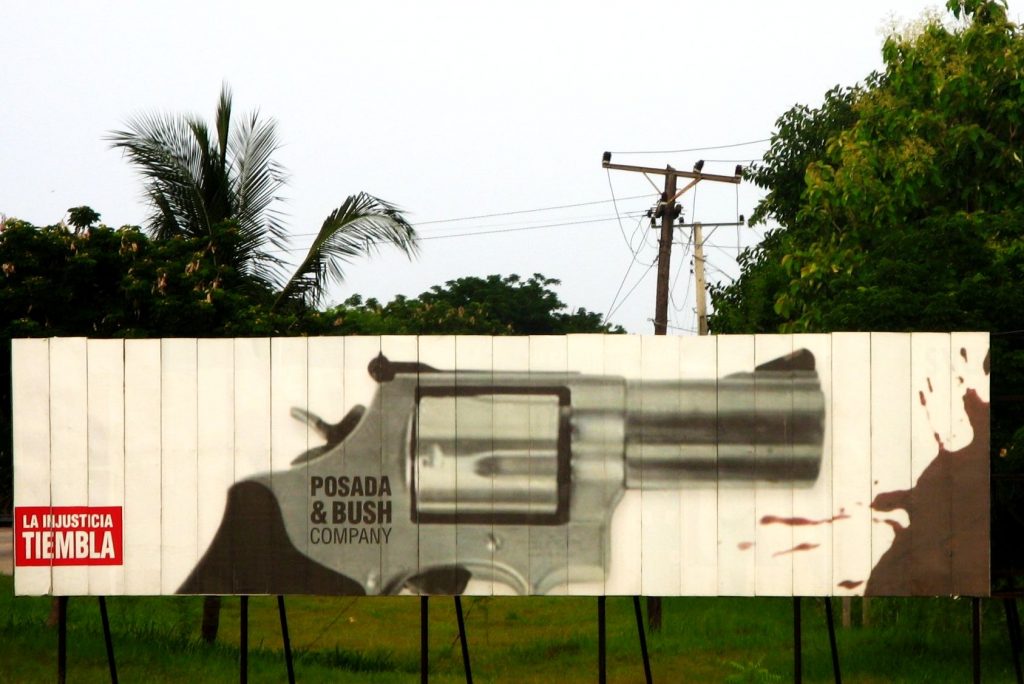 In the parking lot at the beach there were a myriad of cars that just oozed coolness. 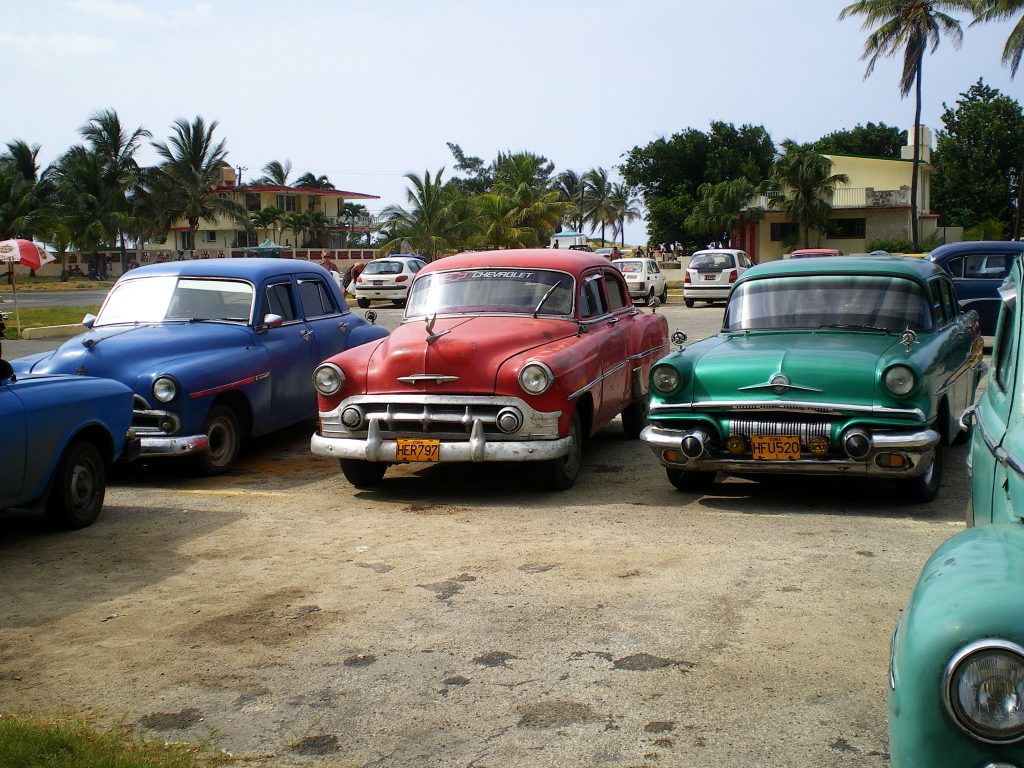 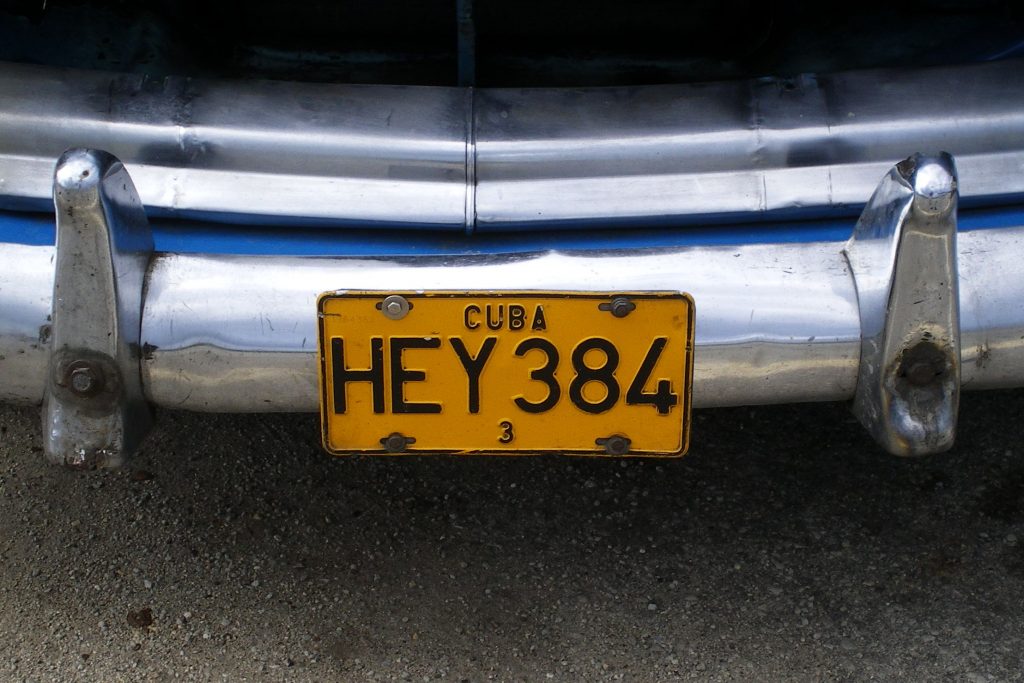 Although, there was one that captured my heart, simply because of its color. 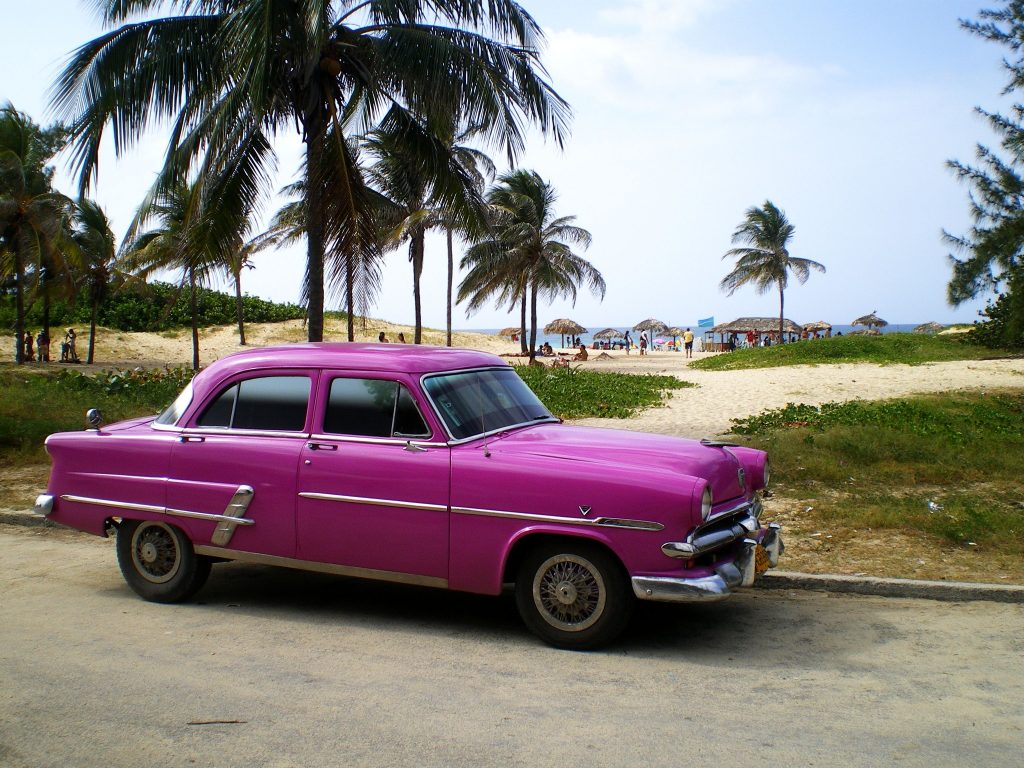 The funniest moment of the trip occurred later when we were at the beach.  I was engrossed in my sunbathing when Marc announced that he would be back in an hour with both a kayak and food.  I thought he was joking (you know those Aussies and their sense of humor) and was just going for a walk.  However, to my delighted surprise, he returned an hour later with exactly what he promised.  Where he found a kayak in Cuba, one will never know? 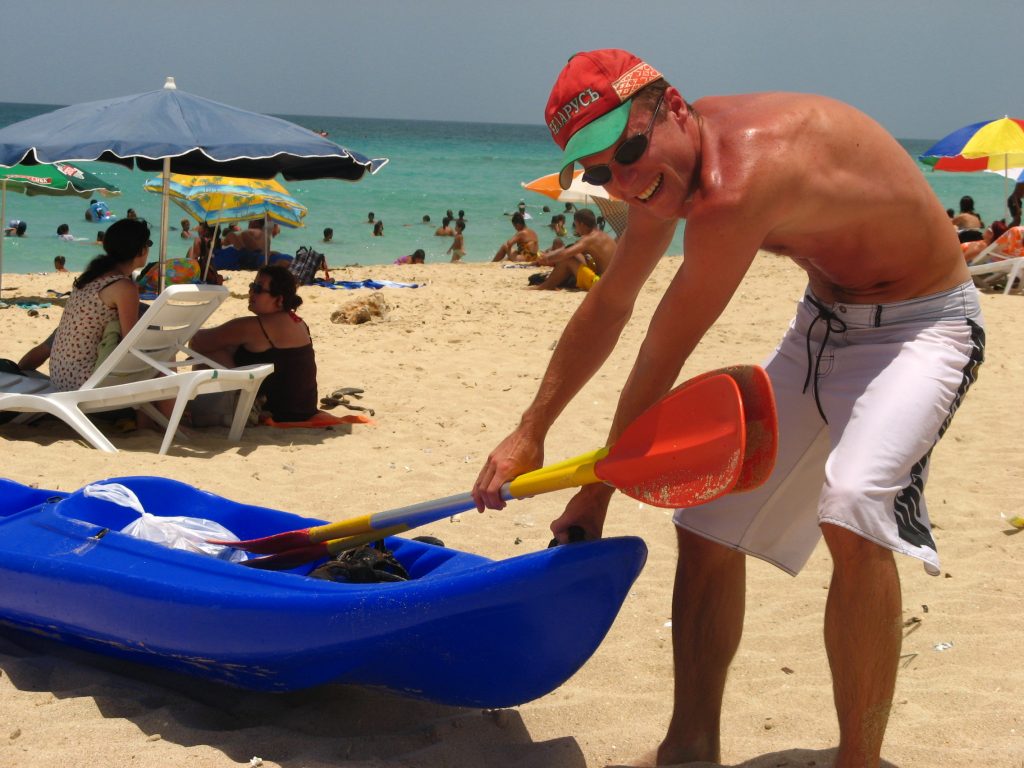 The food though consisted of: chips, baby food, and melted chocolate, as that is all he could find.  The next photo is proof just in case you did not believe me. 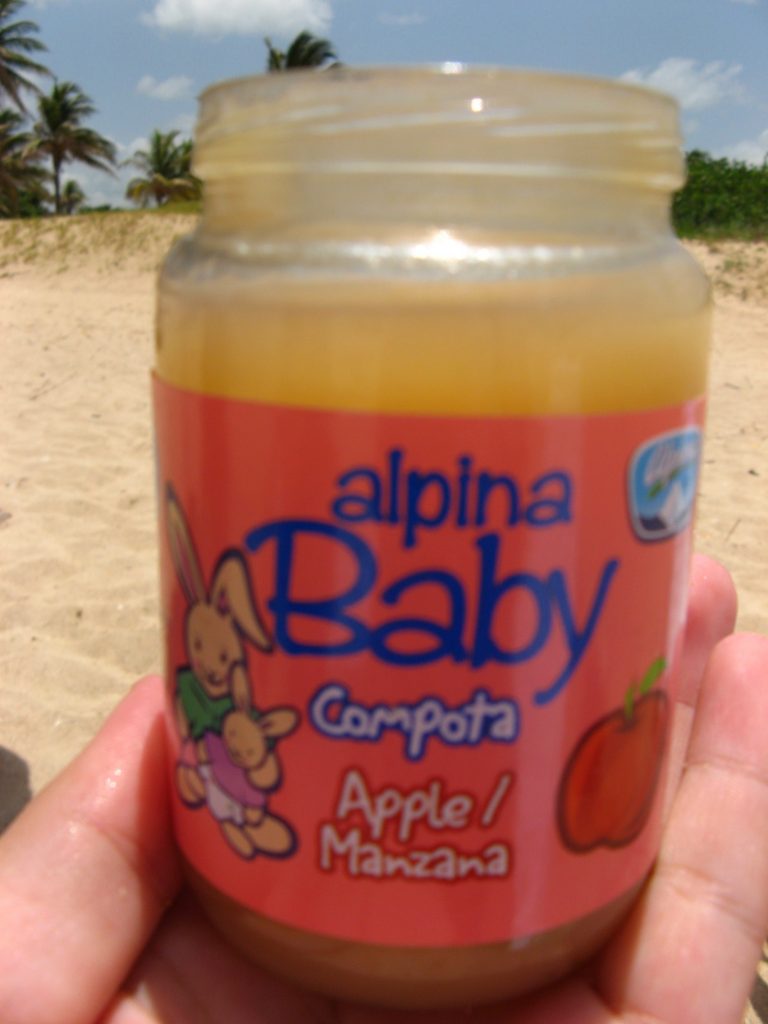 After we devoured the “food,” Kristin and Marc then kayaked in the ocean leaving me some time to digest the trip thus far.