The next day we decided to just get lost again.  After the amount of wedding planning we had been doing, the last thing on our minds was coming up with another plan.  As we strolled through the city I was reminded by one of my favorite travel quotes that I heard for the first time when I was in South Africa,

I am like a cosmic wanderer, driven by the winds to land where they will.

The winds took me to Colonia and now I could not get enough of her. 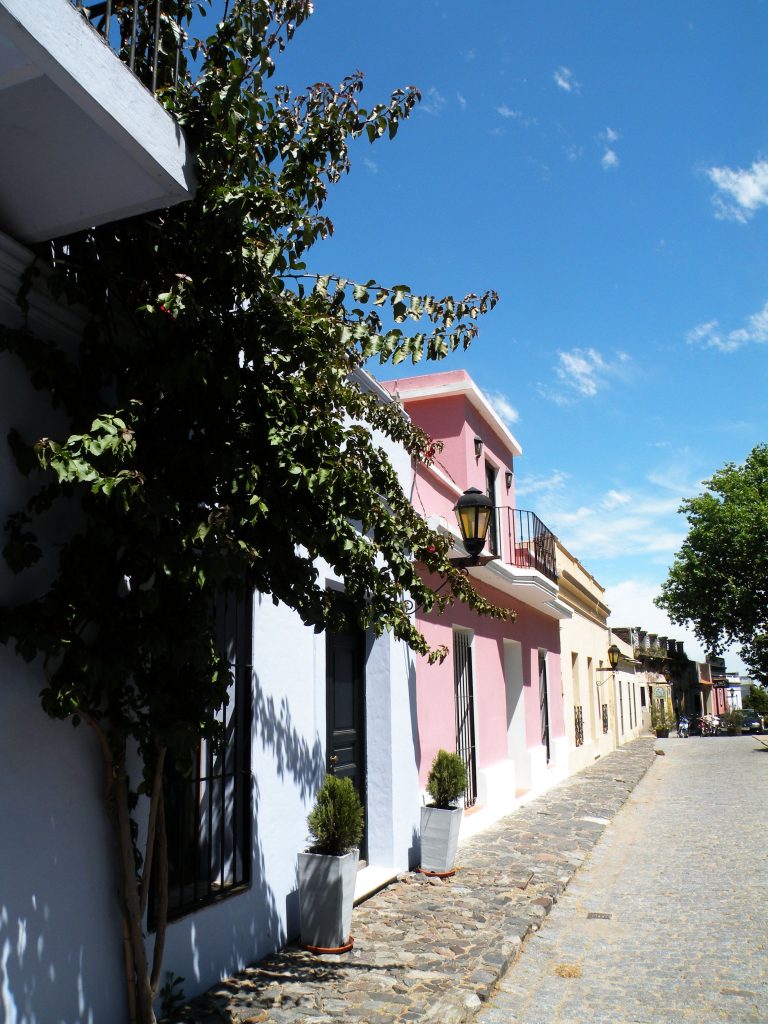 Every corner we turned had yet another photographic opportunity, especially since the sunshine was out casting a welcoming glow on everything. 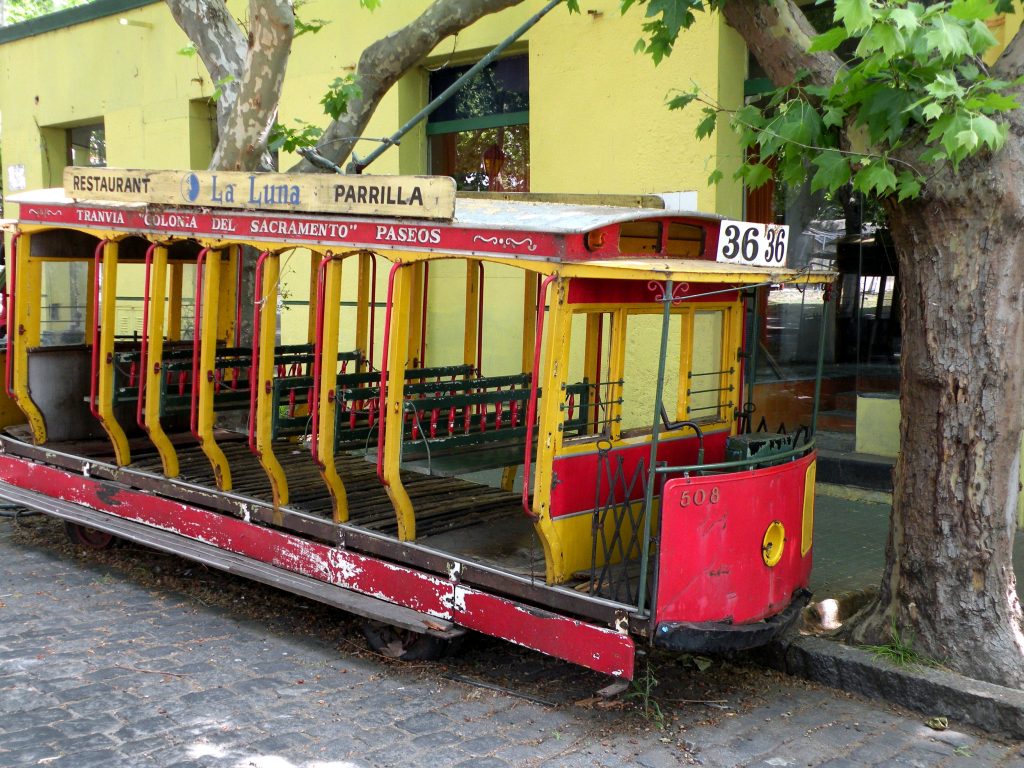 One of the game’s I like to play when I am in a new city is finding an apartment or house that I would buy if I were moving there.  Below is me in front of Colonia’s pick! 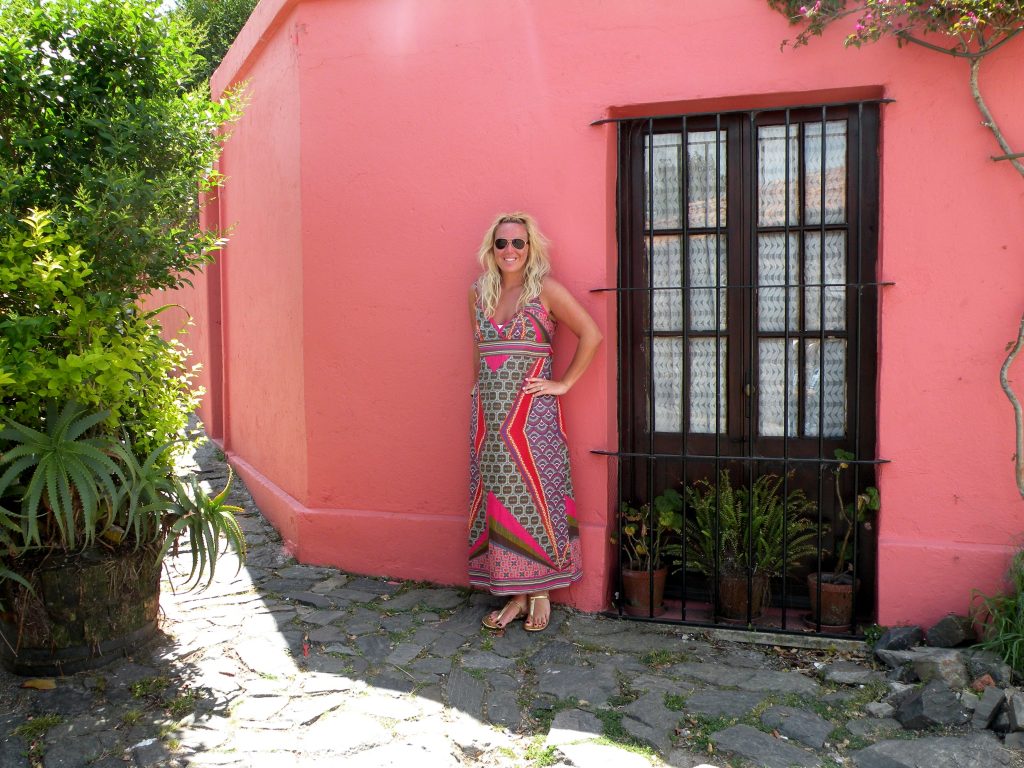 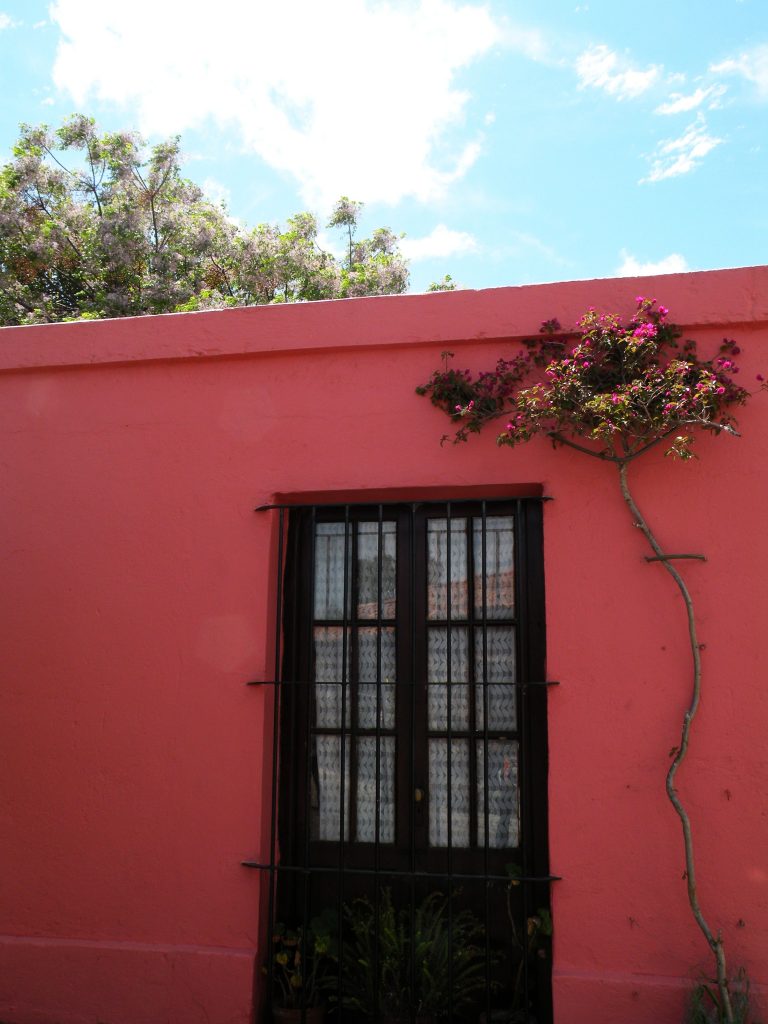 We saw a lighthouse in the distance and decided that we needed to find our way to it.  But first we had to pass through sunlit parks with blossoming bougainvillea. . . 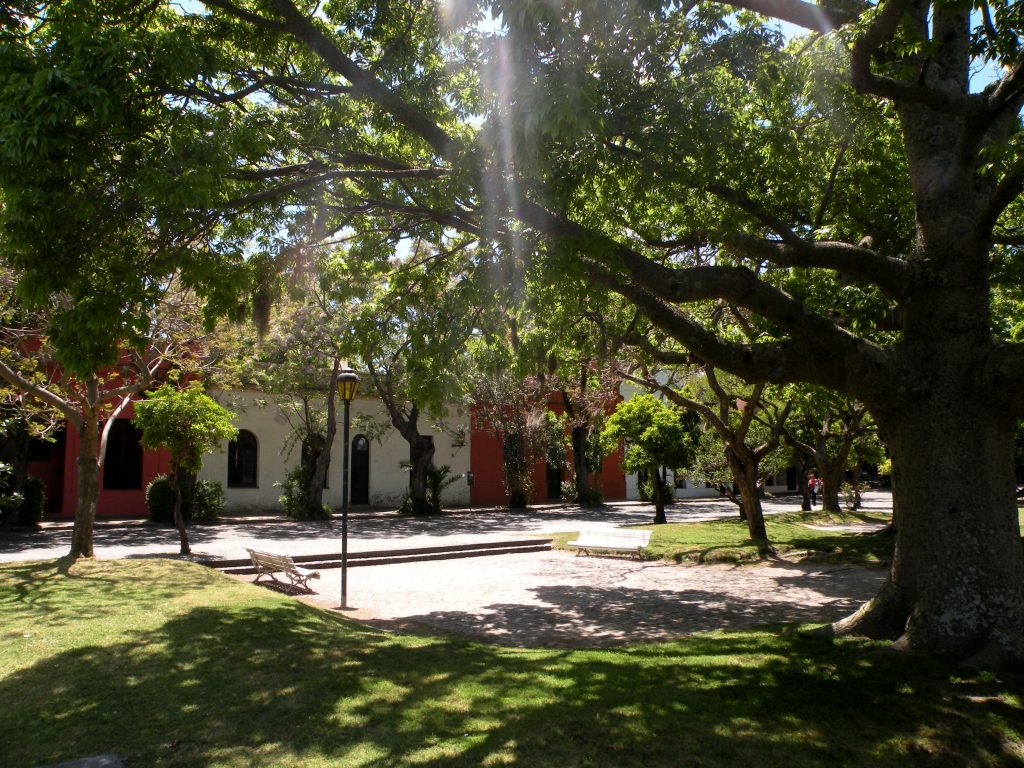 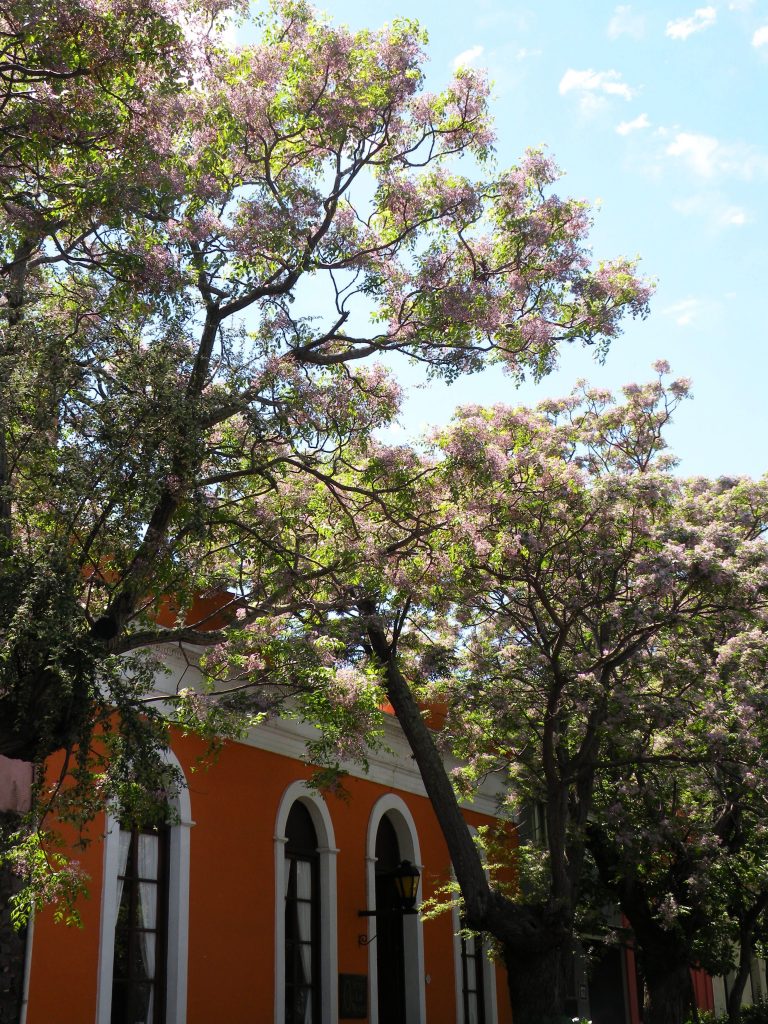 and by more colorful homes for me to lust after. . . 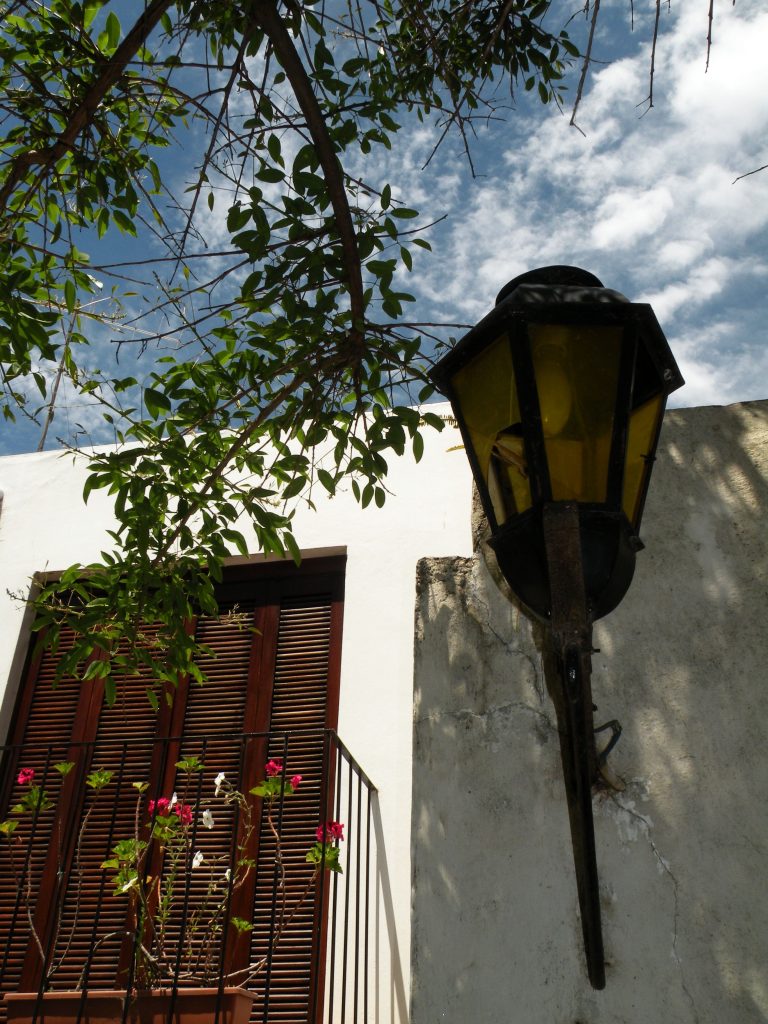 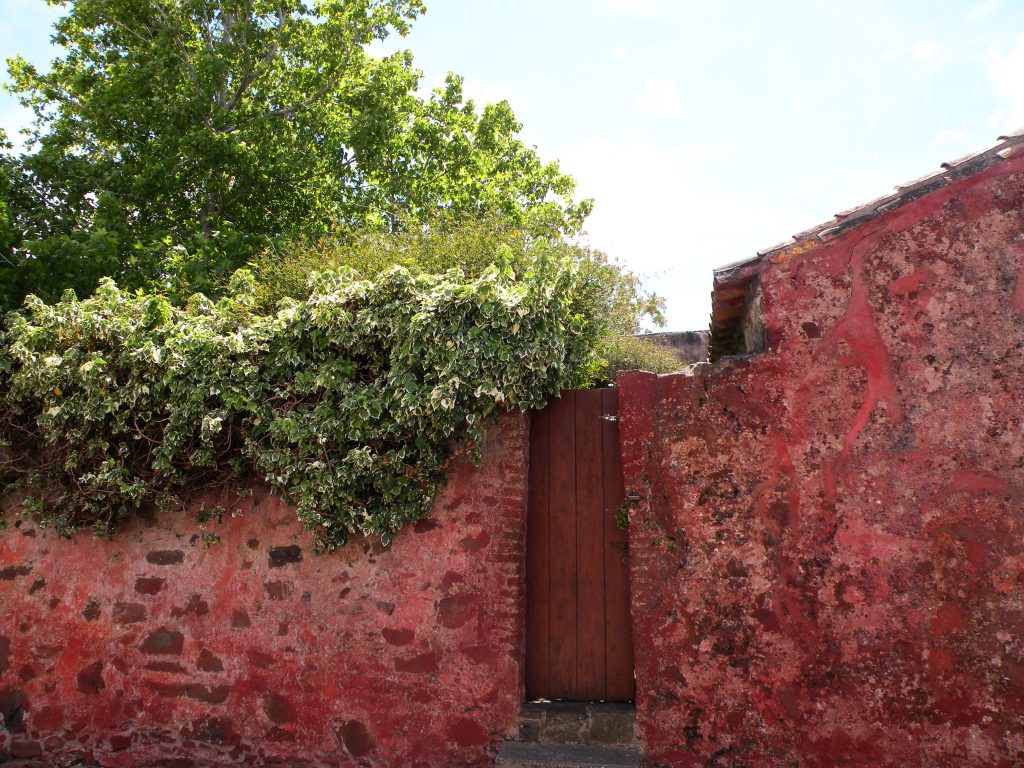 and through an ancient fort whose trees beckoned to be climbed. 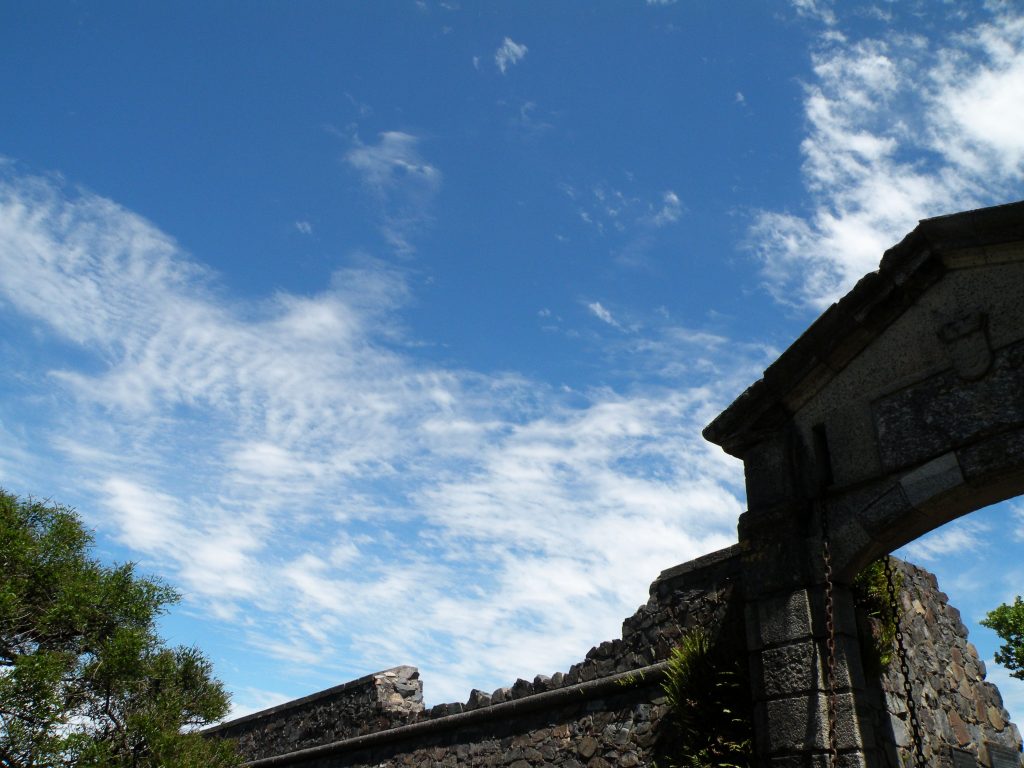 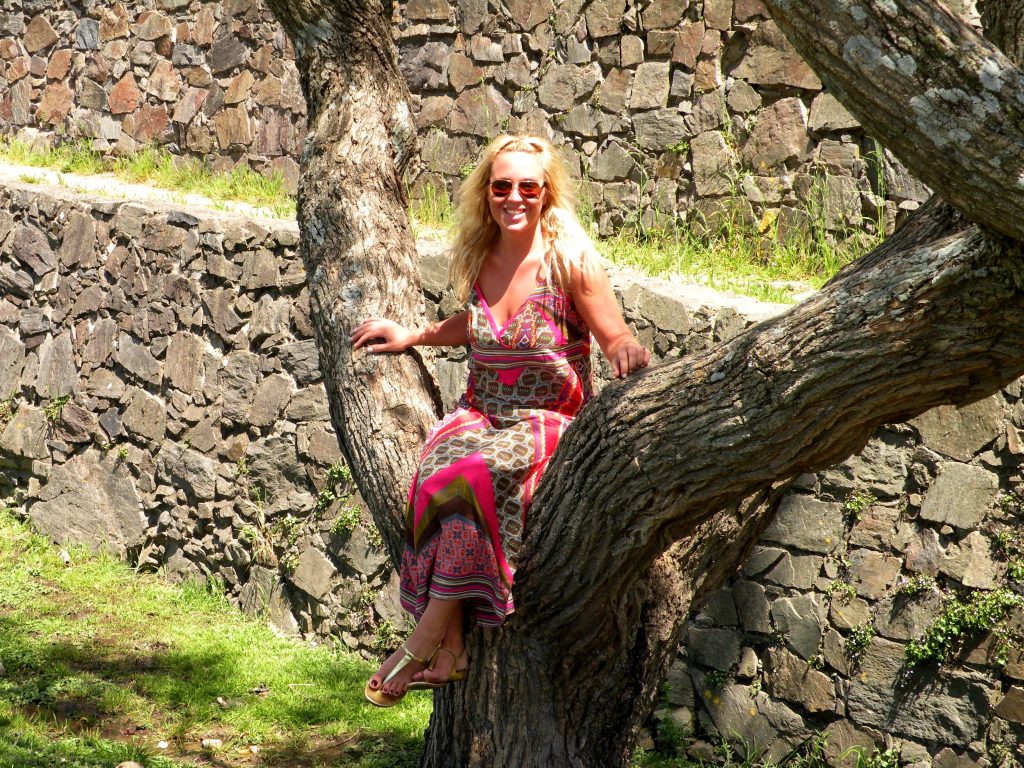 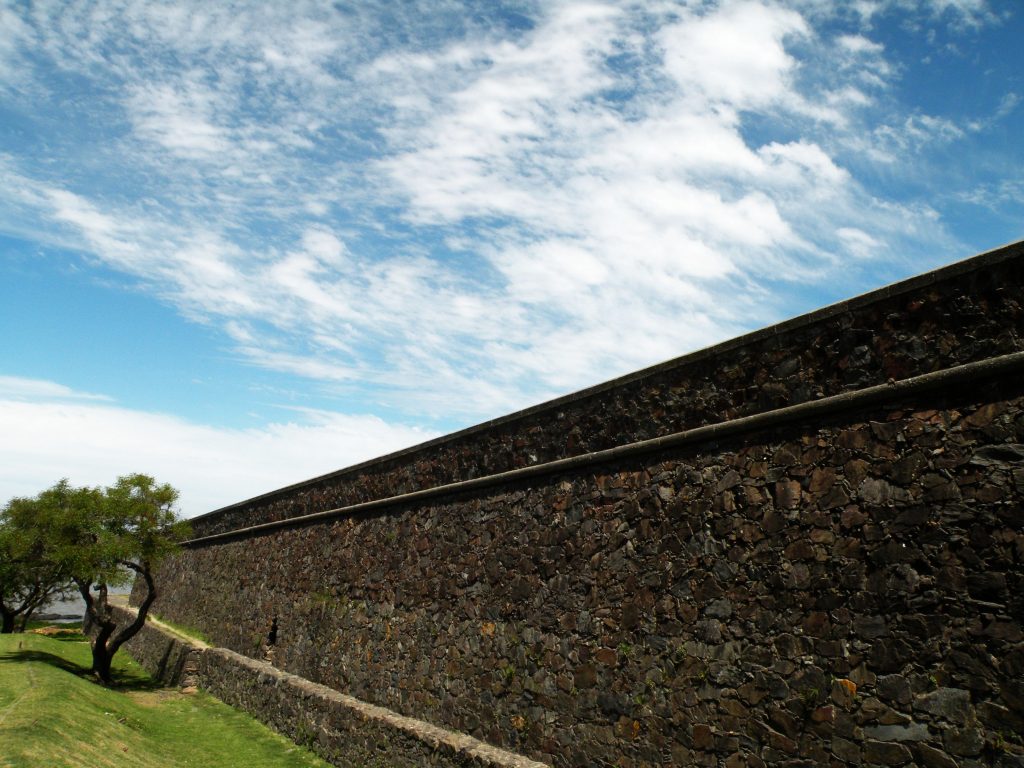 Finally, the lighthouse emerged and for a minimal fee we opted to climb to the top. 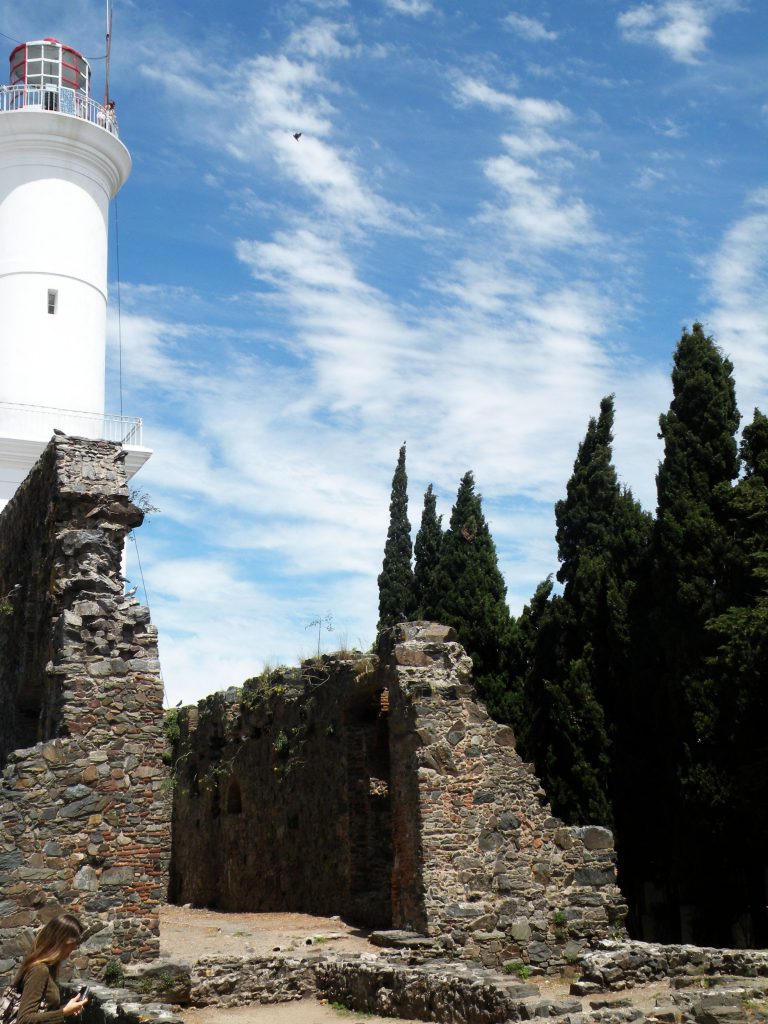 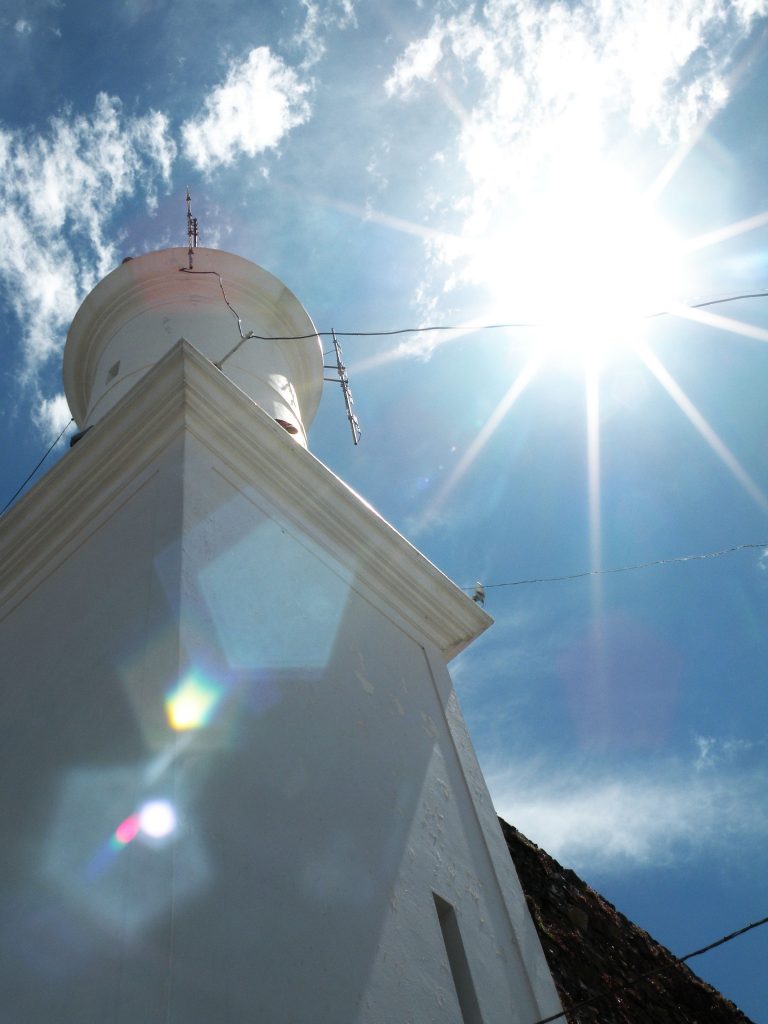 The view from the top was definitely the highlight of the day.  It is the highest point in this picturesque colonial township with a vast look of La Plata river. 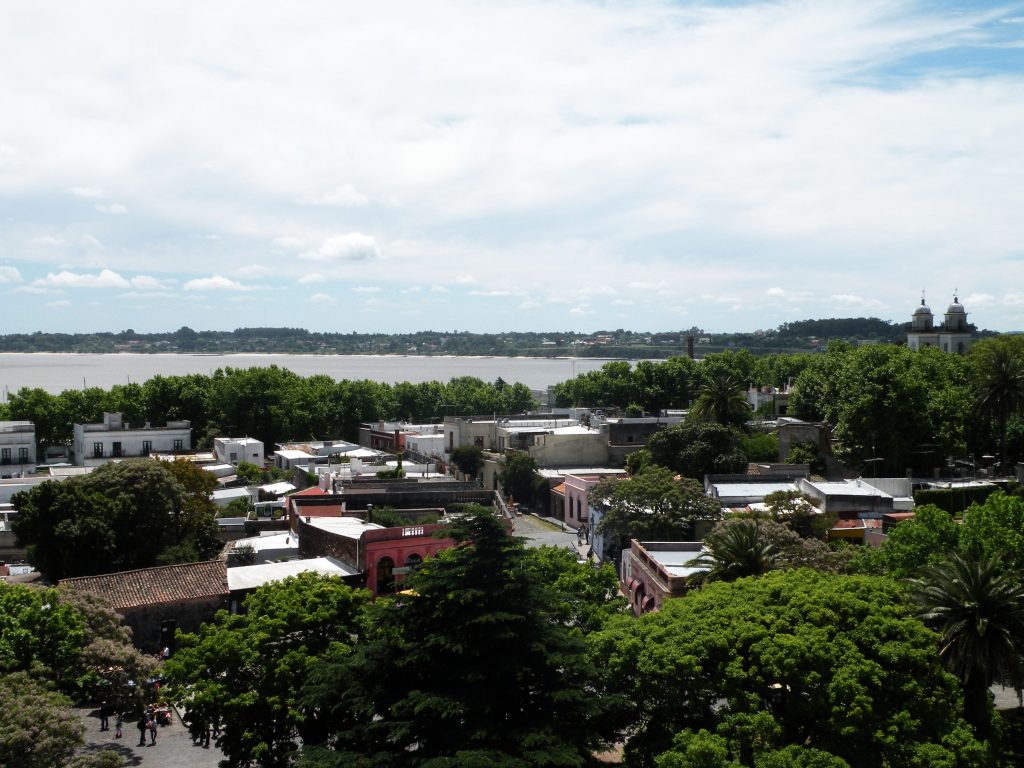 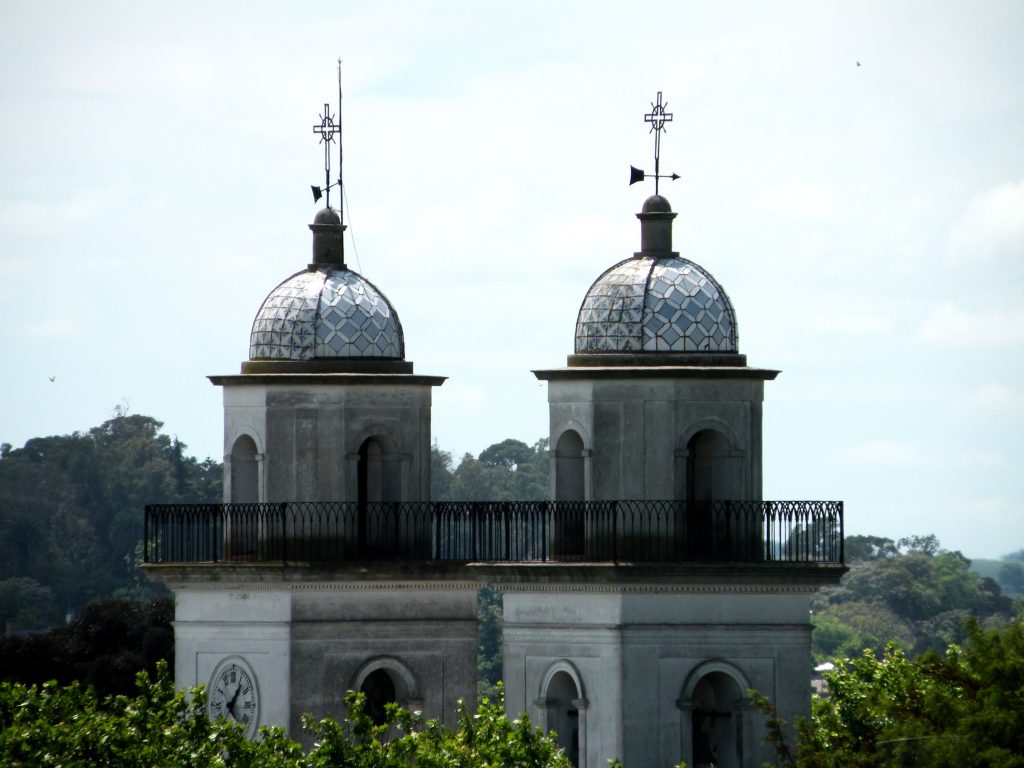 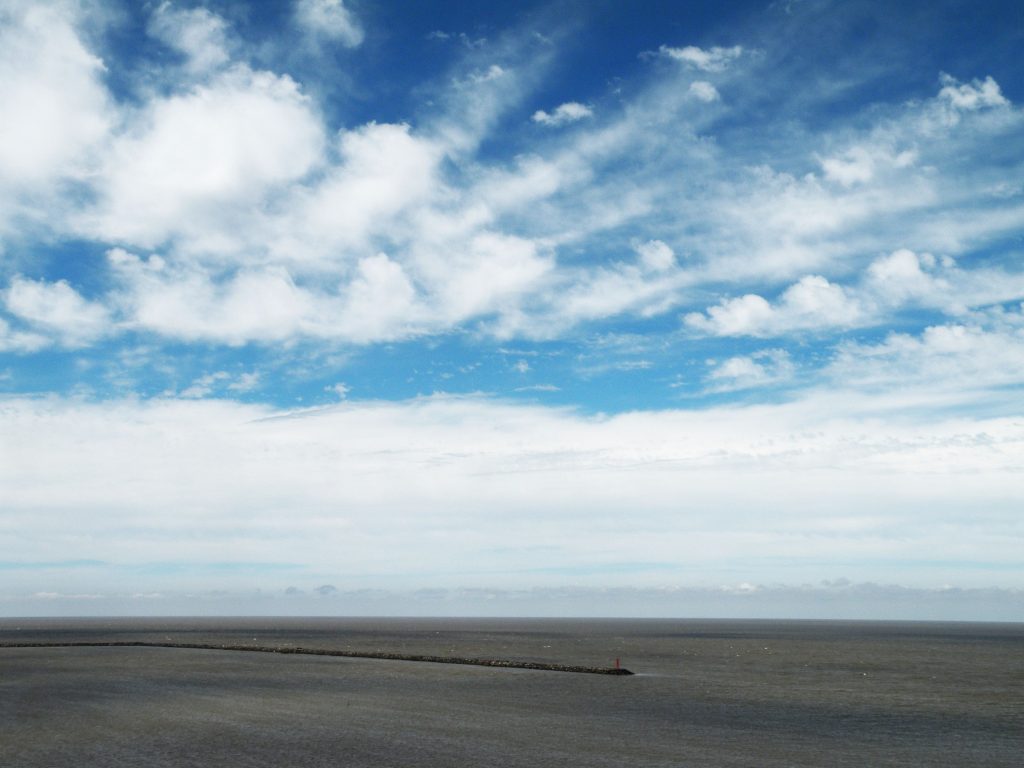 Off in the distance the Buenos Aires skyline could be seen.  It was a gentle reminder that we would be returning to Argentina the following day.  Back to the chaos, back to the planning.