How could I have not already fallen in love with my posada when it was located on a street that looked like this: 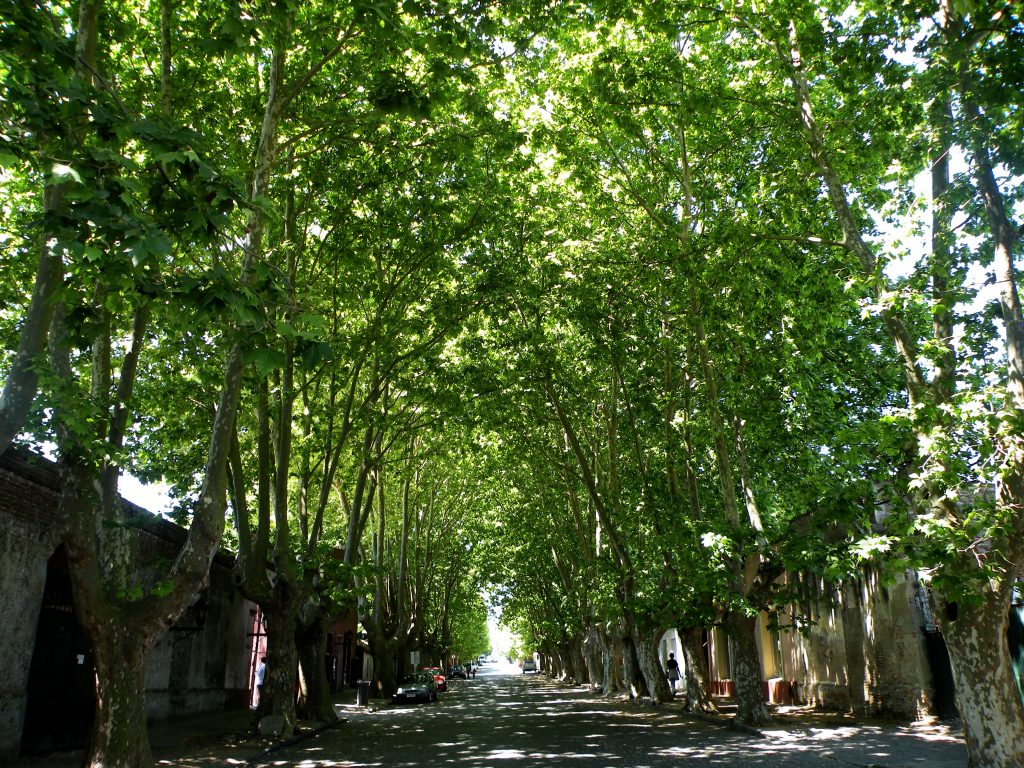 And then with a name like El Capullo, or the cocoon, the deal was sealed and I was smitten! 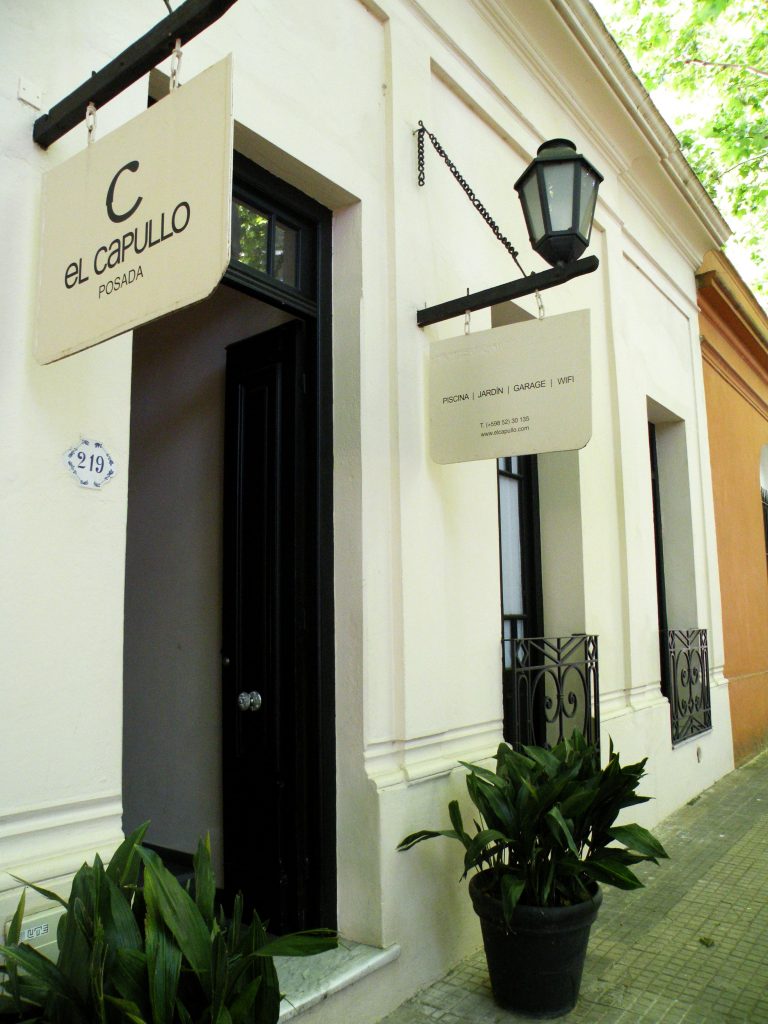 Its wrought iron gates, palm trees, and stray cats made it the perfect boutique hotel for a romantic weekend getaway. 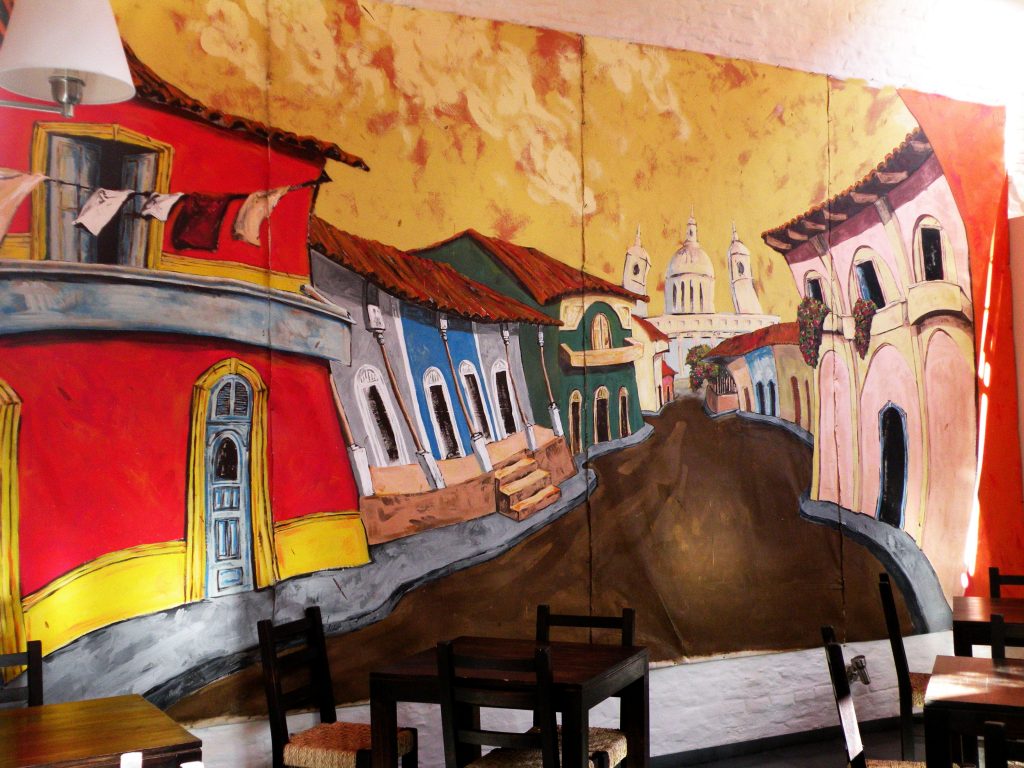 After a long day of walking, we sought out solace on the daybeds underneath the bougainvillea and mandarin orange trees with a bottle of chilled prosecco. 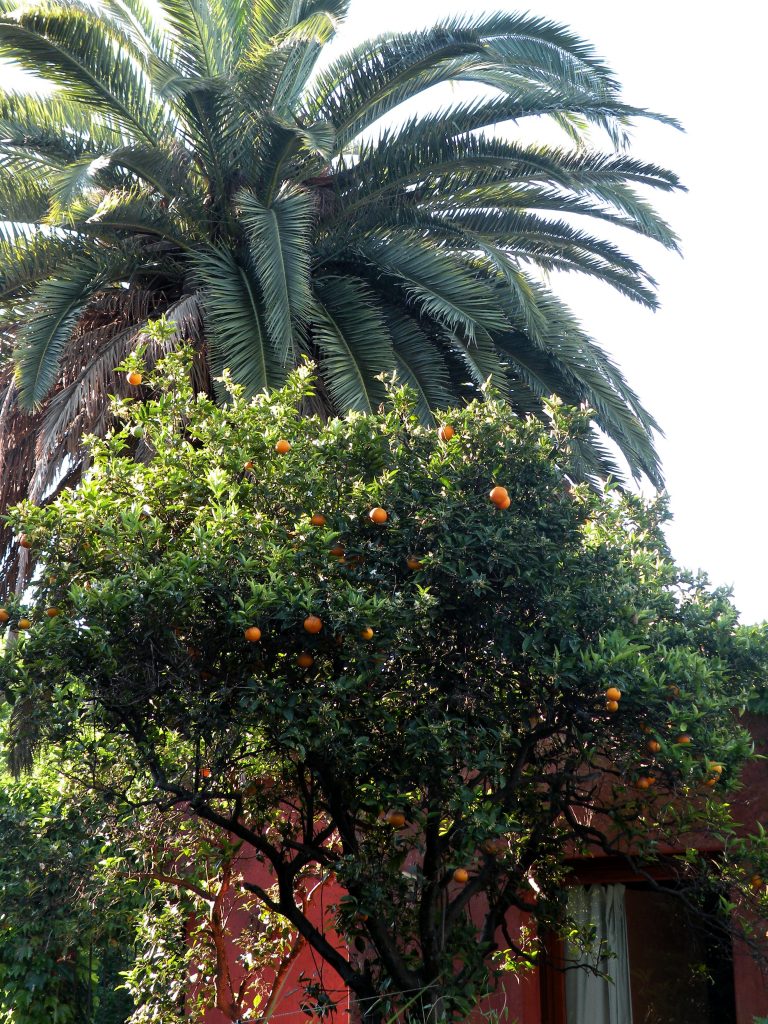 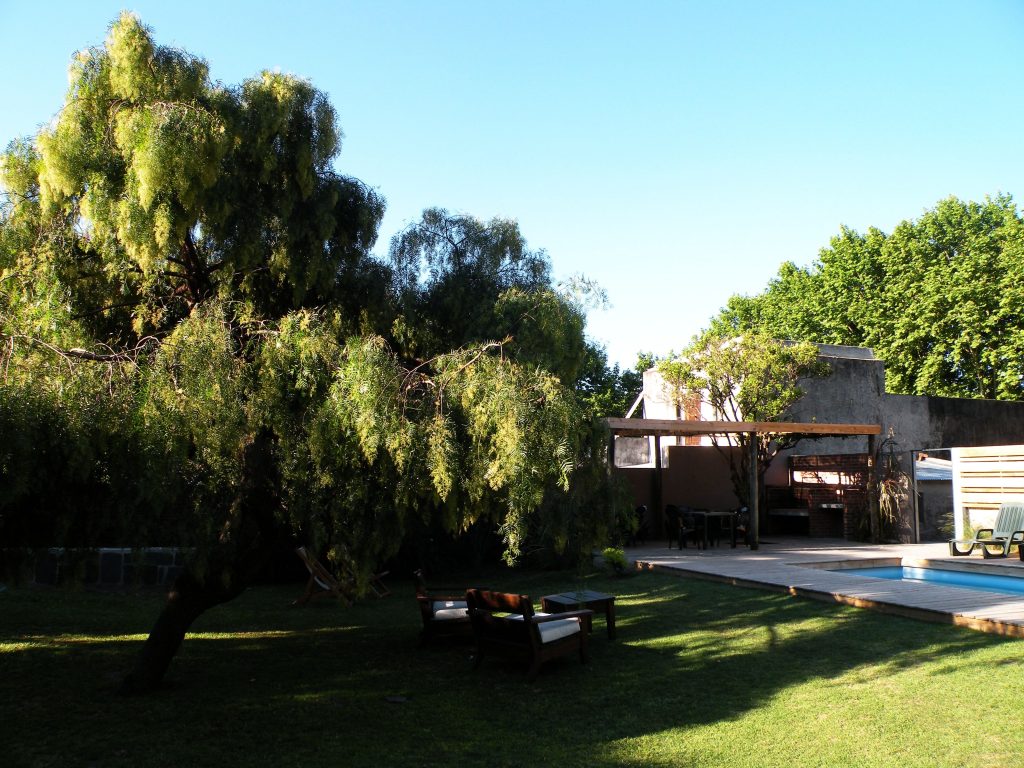 One of the stray cats decided that Lucas should be paying attention to her and not me and claimed a spot on his lap.  Lucky for her he has a soft spot for felines. 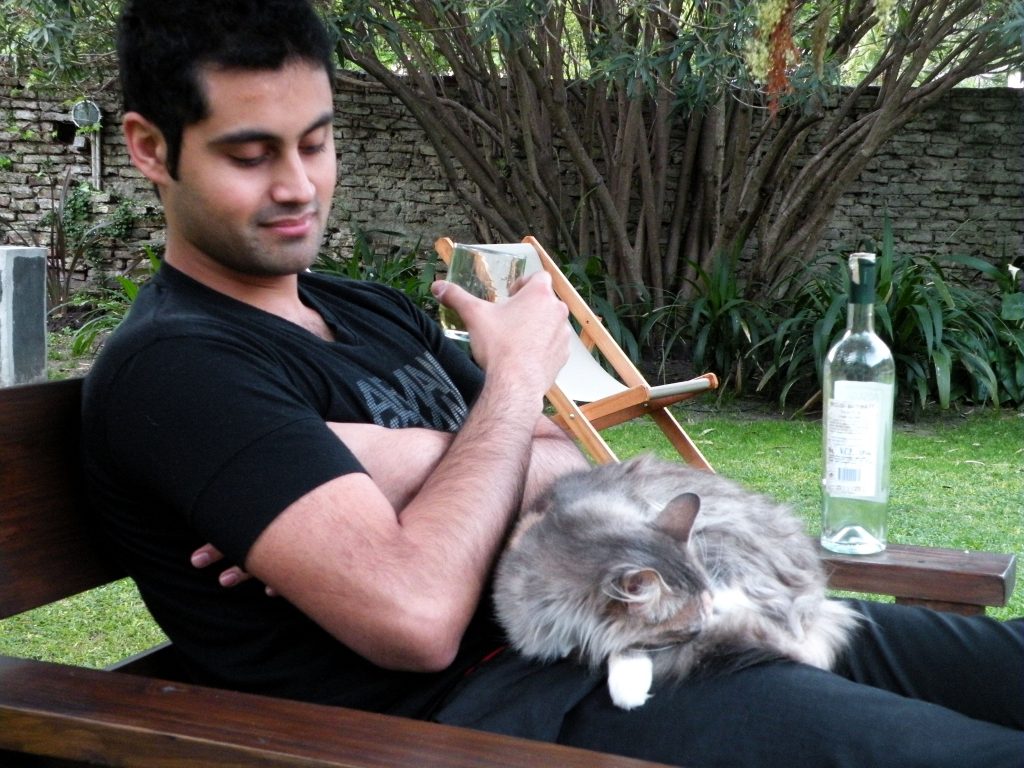 After we finished the bottle, we decided to take a quick nap before dinner.  For some reason I could not fall asleep and decided to wander around the property.  As I was contemplating going for a dip in the pool, I heard a woman shriek.  I went inside to inquire and saw several people watching the TV intently.  The Argentinean ex-President Nestor Kirchner had just unexpectedly passed away.  Regardless of one’s political beliefs, it is always a sad moment to lose one’s leader.  I was not excited about telling Lucas the news, as Lucas had befriended Kirchner while he was his personal guard.

As expected, the news was difficult for him to hear.  I convinced him that dinner, more wine, and dulce de leche crepes would make him feel better, and of course I was right!  He also reminisced and told me fascinating stories of his time with Kircher. 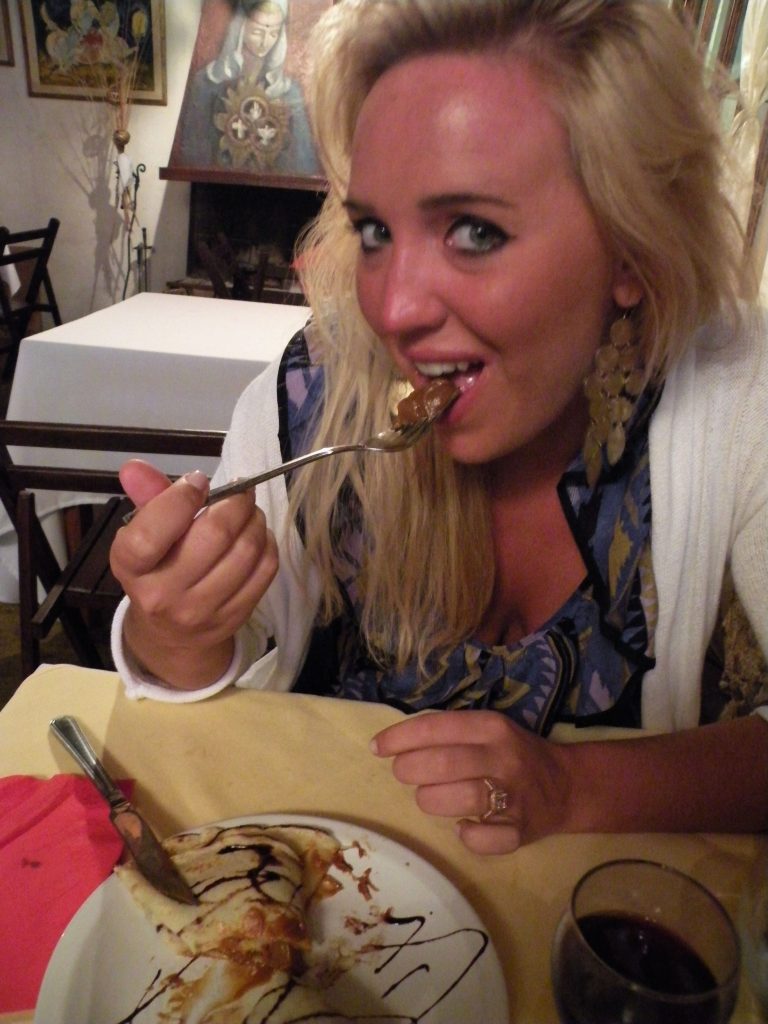 Afterward we decided to walk off our rich meal and as we strolled along the water, the sun had just dipped into the ocean, leaving behind an orange sky with strokes of black clouds crossing like pirate ships into the hot, quiet night. 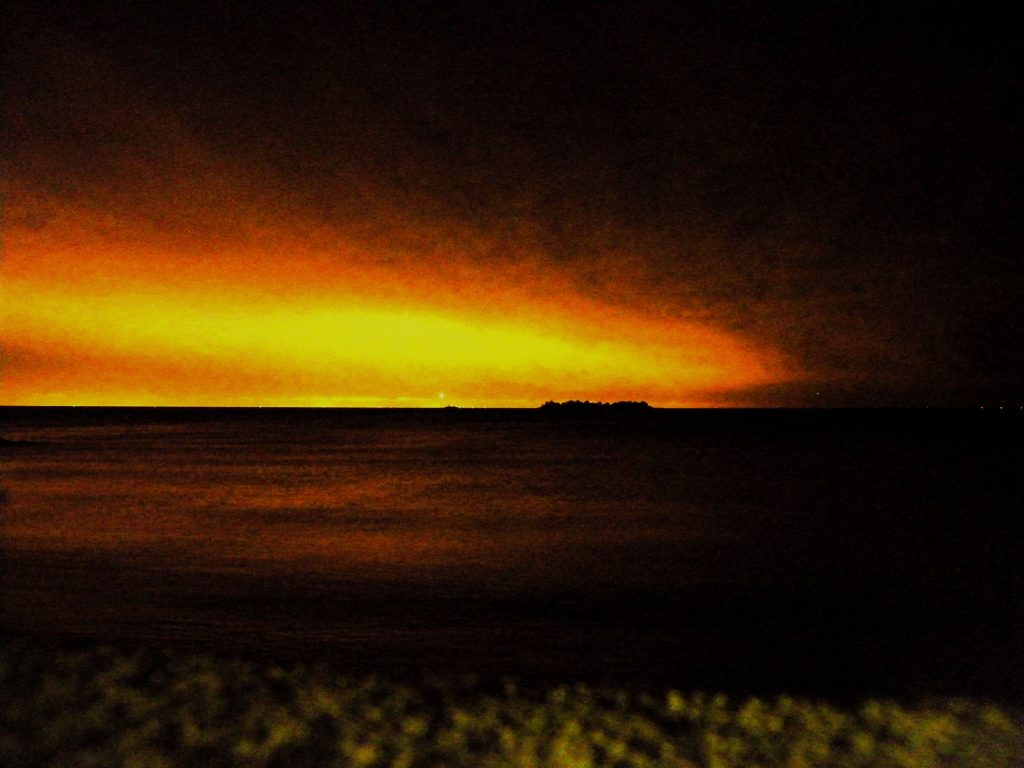