I was completely blown away when I walked through the ballroom doors.  We truly were transported into Wonderland. 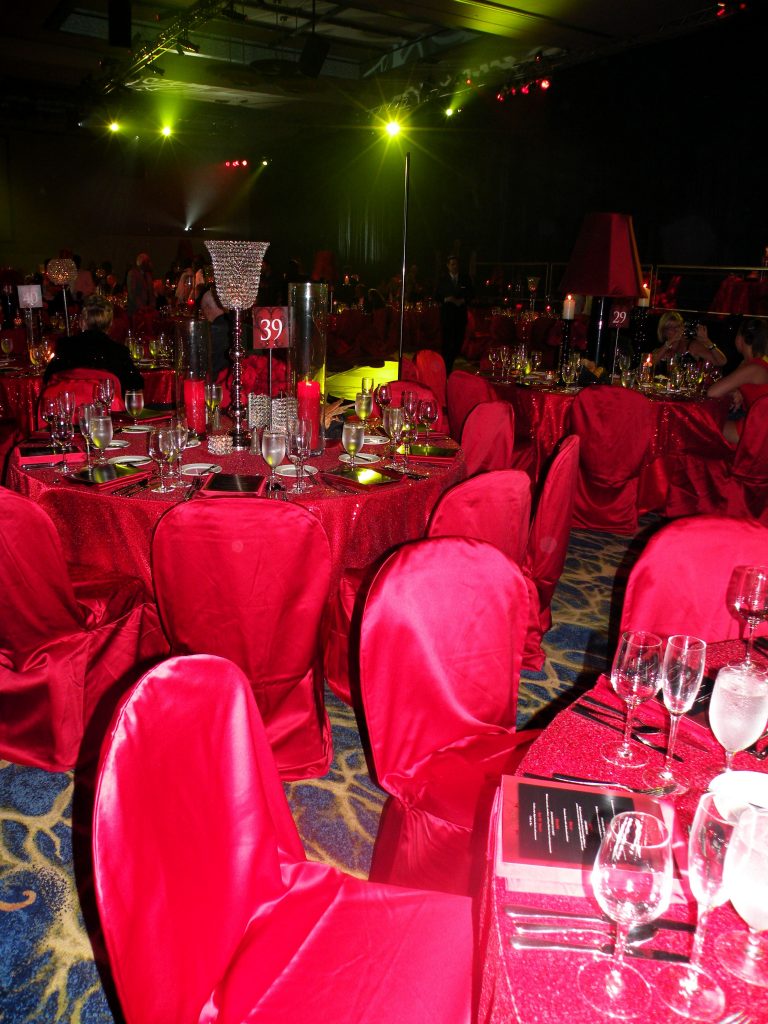 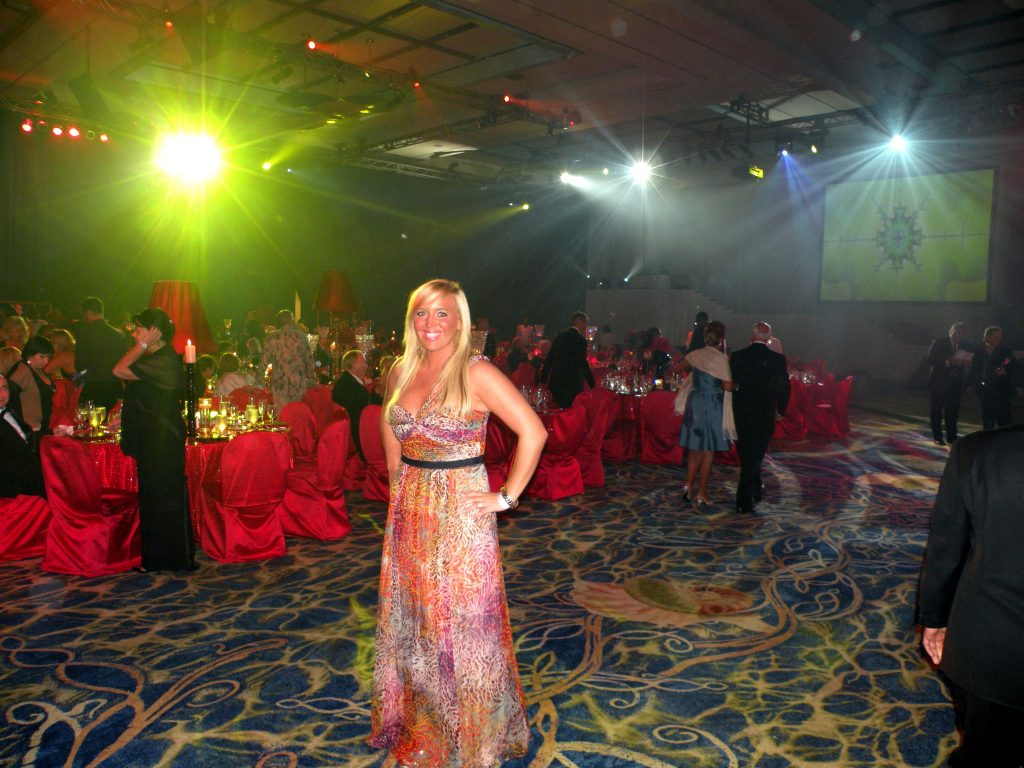 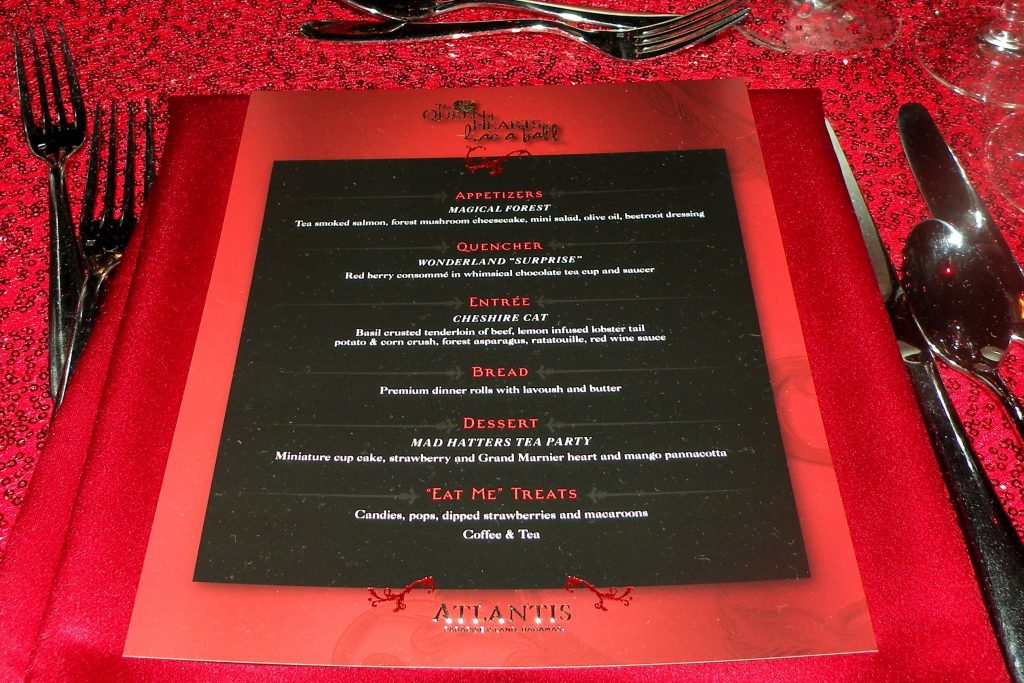 A few moments after everyone was seated at their designated tables the lights went completely off and music started playing.  Here is what happened next:

Then the parade of characters come to a stop and the Mad Hatter/host for the evening made her grand entrance:

She took to the stage and began the first of many performances for the evening: 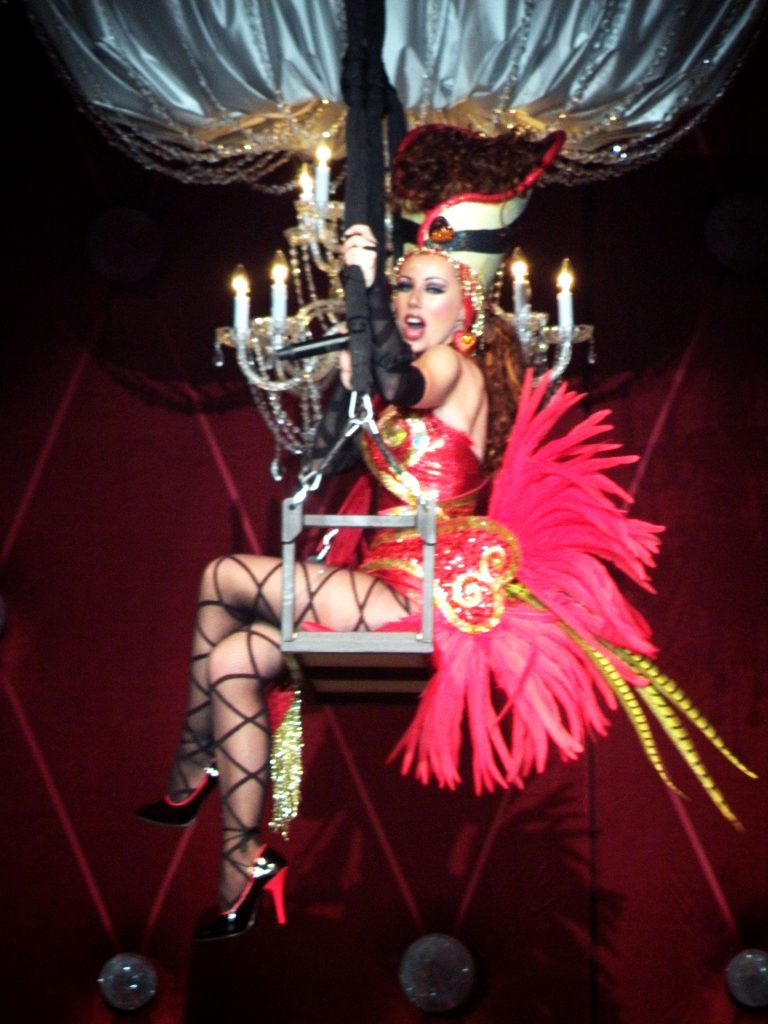 By the way, I am totally thinking of wearing her outfit for Halloween next year! 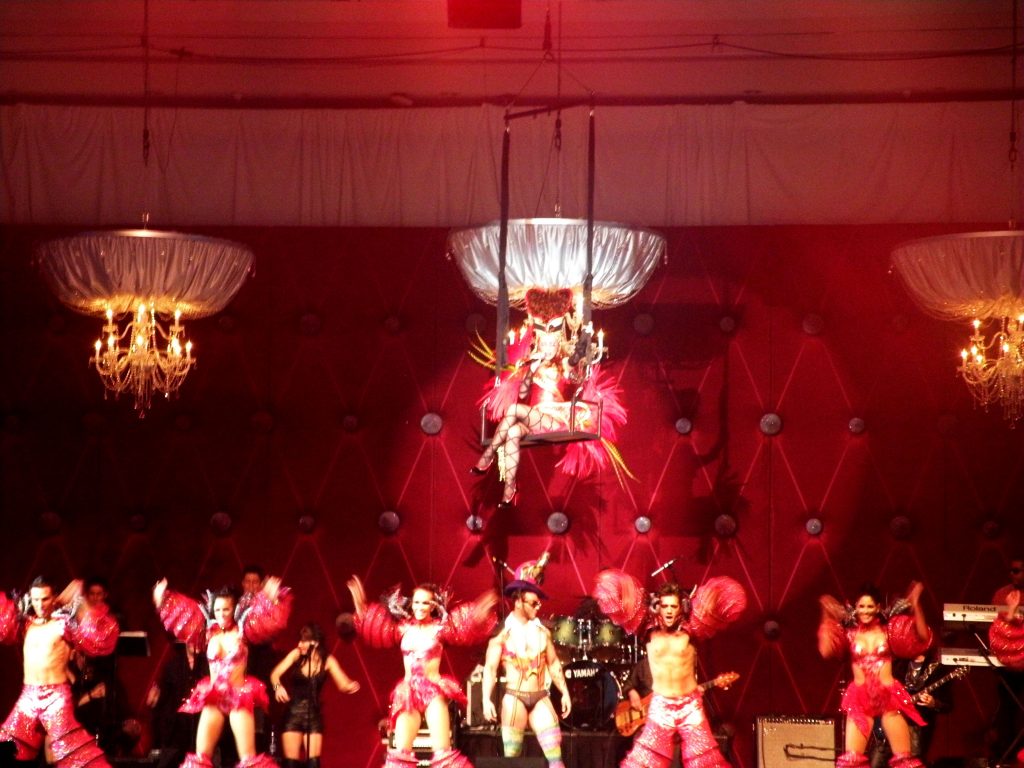 Somehow I always end up being that one person who gets singled out in the crowd.  In front of probably five hundred people a character came over to me and tried to get me to dance.  The best I would give him was a pose. 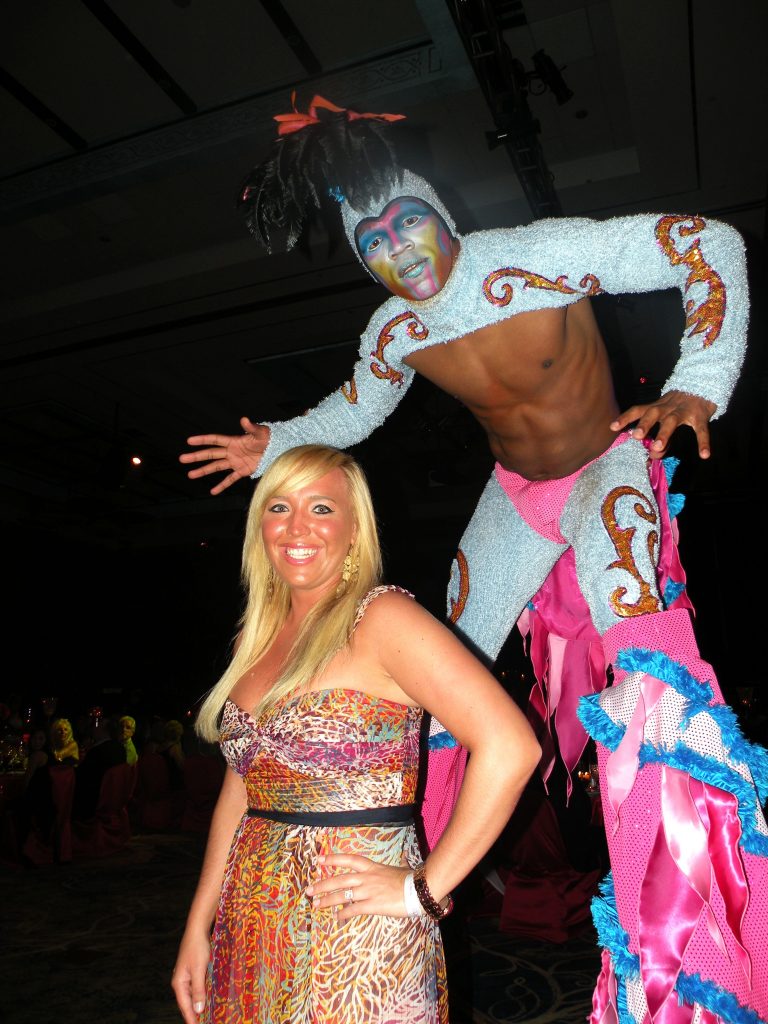 The characters decided if I was not going to dance, then they were, and if you only watch one video in this post, make sure it is this one:

Thankfully, they chose a different victim to embarrass this time: my brother.  Although, I have a feeling he was actually enjoying his moment in the spotlight. 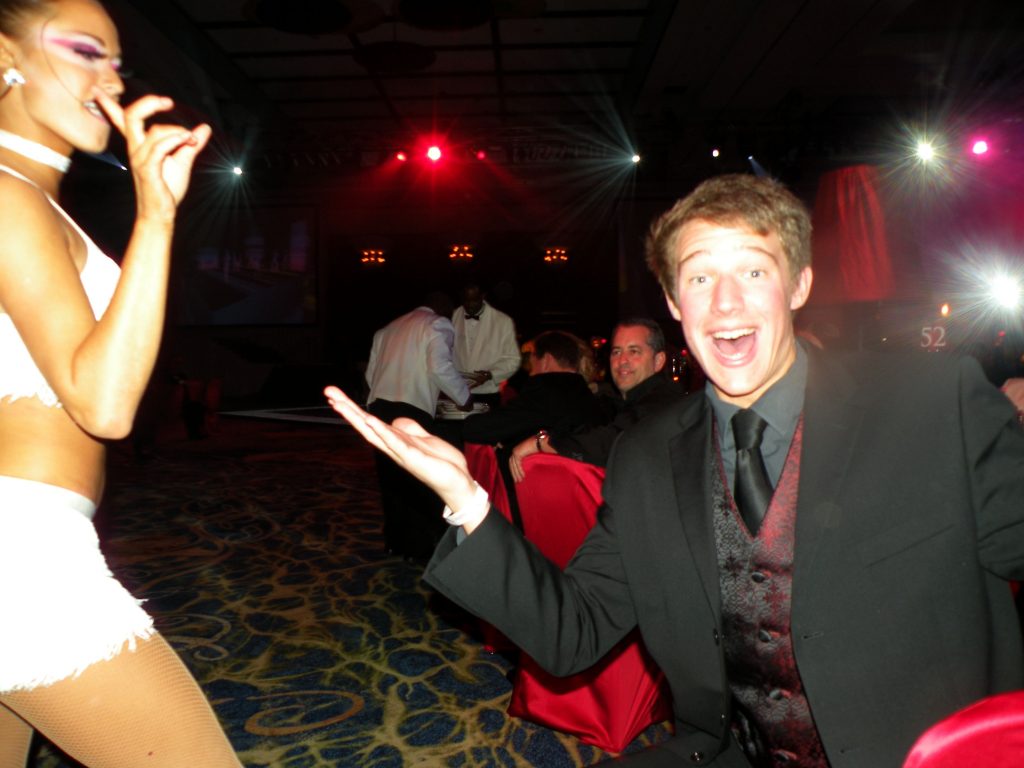 Once the first show was over, it was time for our six course meal to begin.  After our appetizers, we cleansed our pallets with a red berry consomme that was inside of an edible white chocolate tea cup and saucer.

While everyone else was served beef tenderloin, I was given two lobster tails, since I am a vegetarian.  Lobster does not exactly qualify as a vegetarian meal, but when in Rome right? 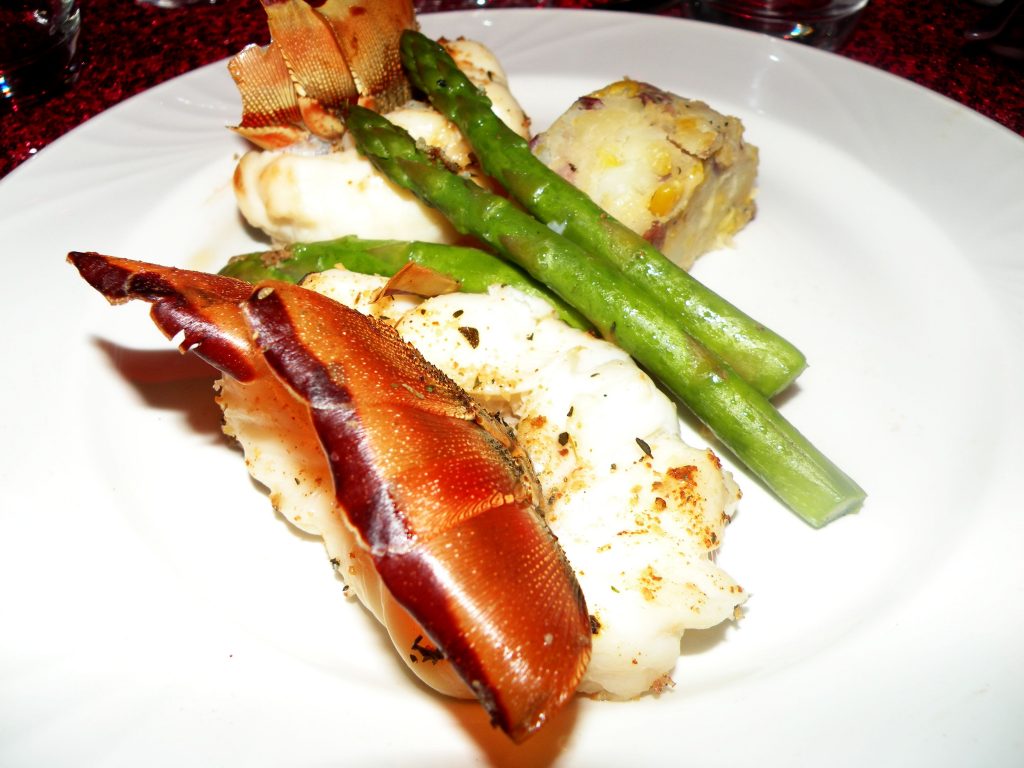 We decided that we needed a picture of the three of us before the clock struck midnight and asked one of the men sitting at our table to help us out.

After he took the picture, this man, “an Indian jeweler from Canada,” decided that it was time to spice things up.  He proceeded to take out about $5000 in $1 bills and throw them all over the place.  While I was busy collecting as many dollars as I could, he was busy dancing with my Dad. 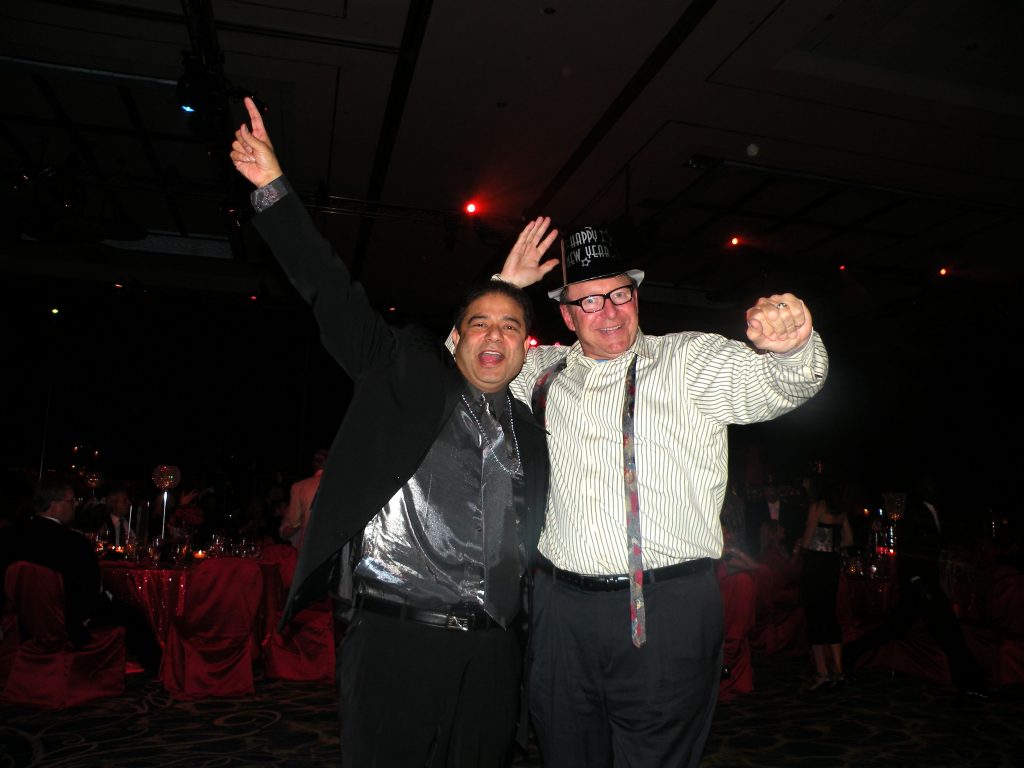 Of course, when you are tall blond with a bunch of money in your hands you tend to attract certain attention. 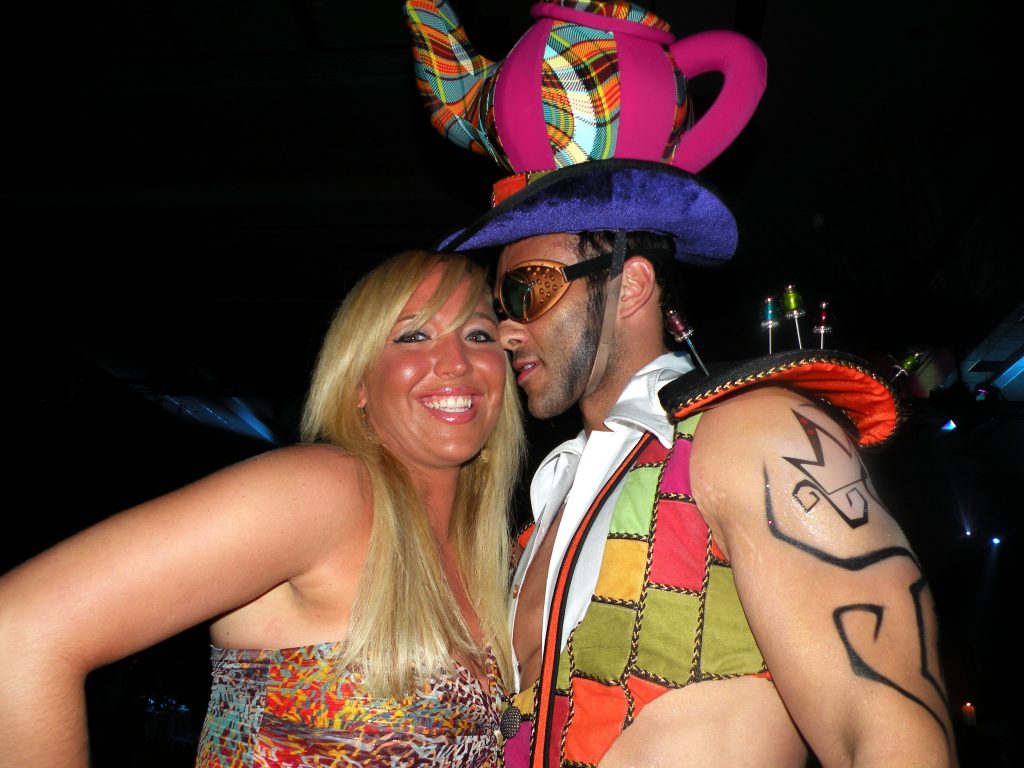 Midnight was quickly approaching, thus it was time for dessert (the best part of the feast for me). 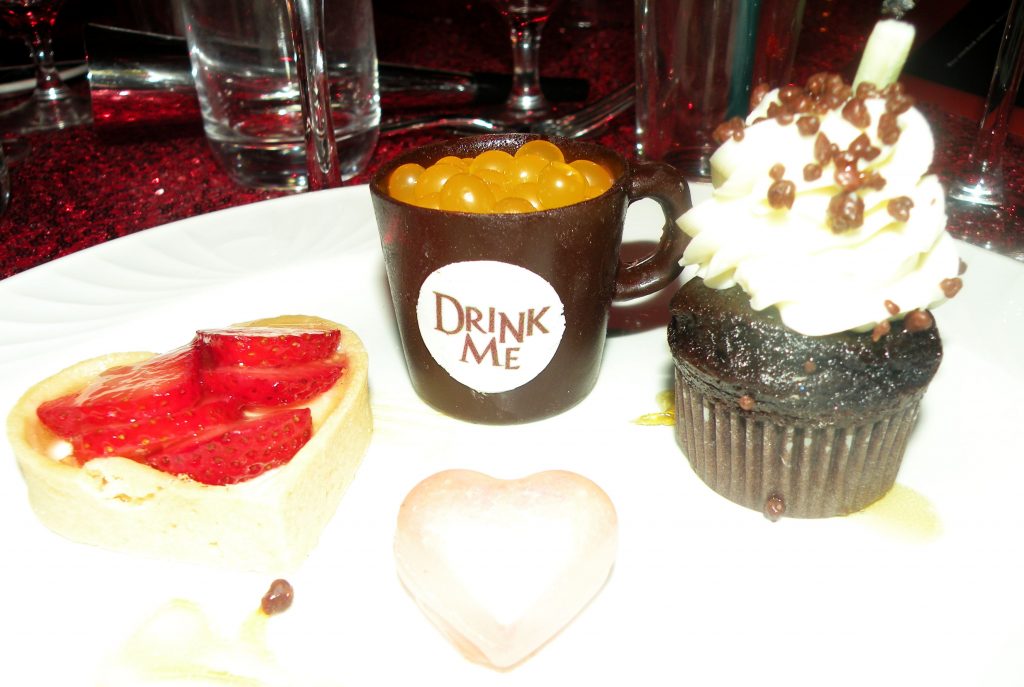 And what New Year’s Eve celebration is complete without champagne?  In my case, I decided an extra bottle would bring me even more good luck in 2011. 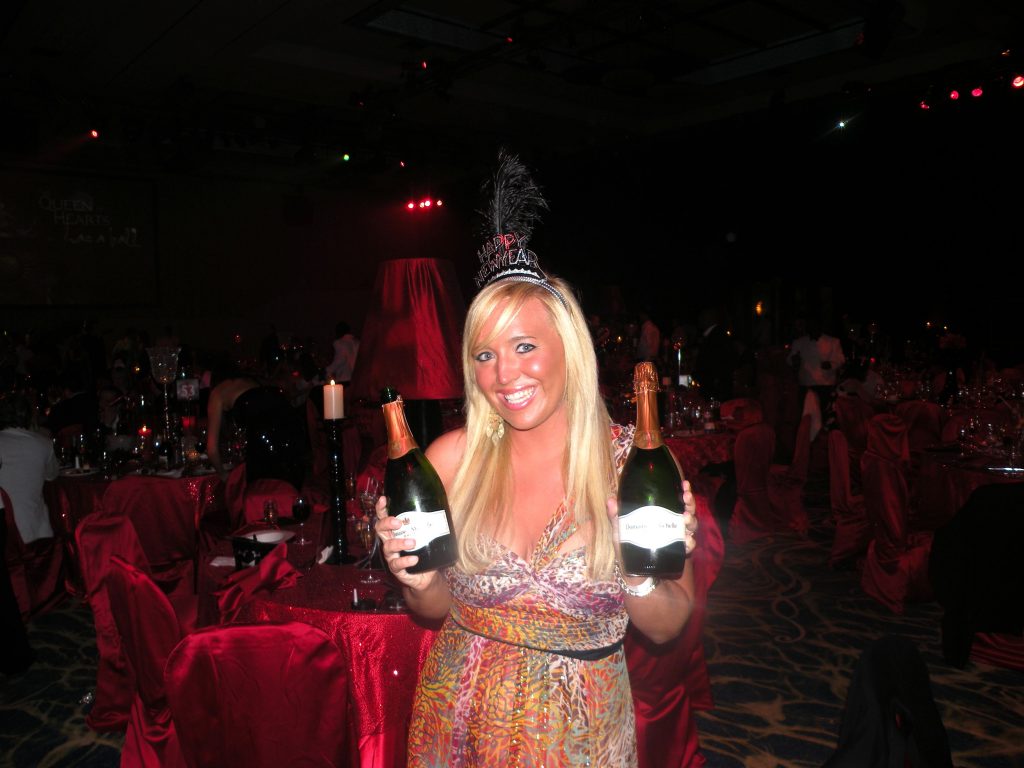 It was now time to head to the dance floor for the countdown. . .