In my opinion, I think they should just rename Ocean World: Kissing World, because almost every animal I encountered was eager to give me kisses!

The birds that I interacted with next were not only a colorful feast for the eyes, they were bilingual as well; flirting with me in both English and Spanish.  They must have secretly known that I have a soft spot for Latins? 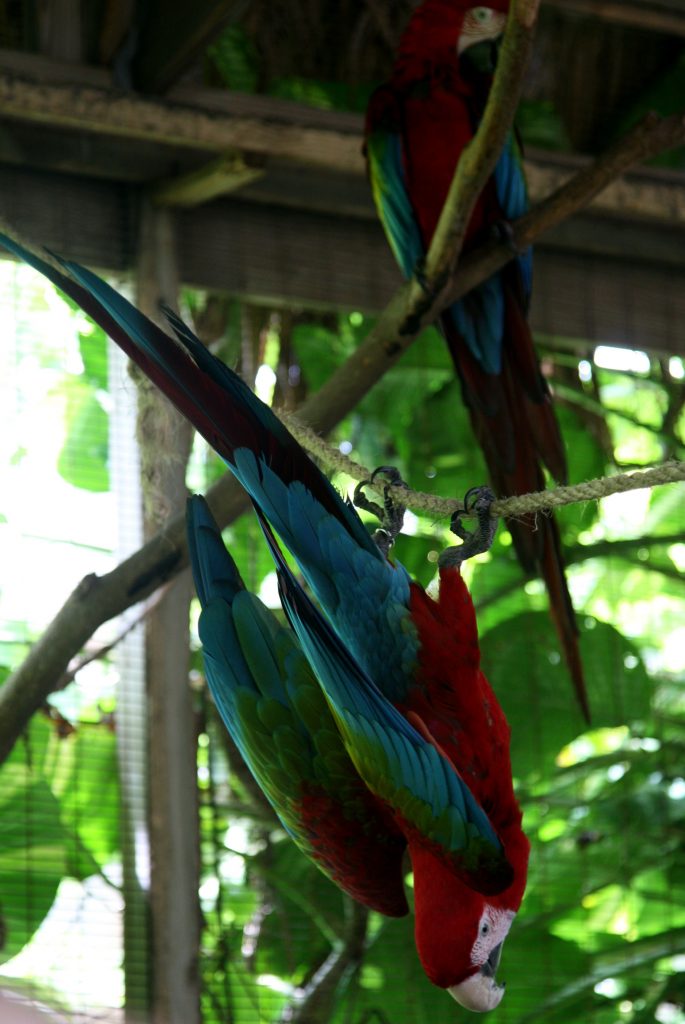 Before returning to the water, I had one last animal that I needed to meet.  This animal, unbeknownst to many, might prefer to live on land, however thoroughly enjoys swimming as well.  And that animal is the tiger!  Ocean World built them a habitat with a swimming hole that they could enjoy whenever they felt the need to cool down. 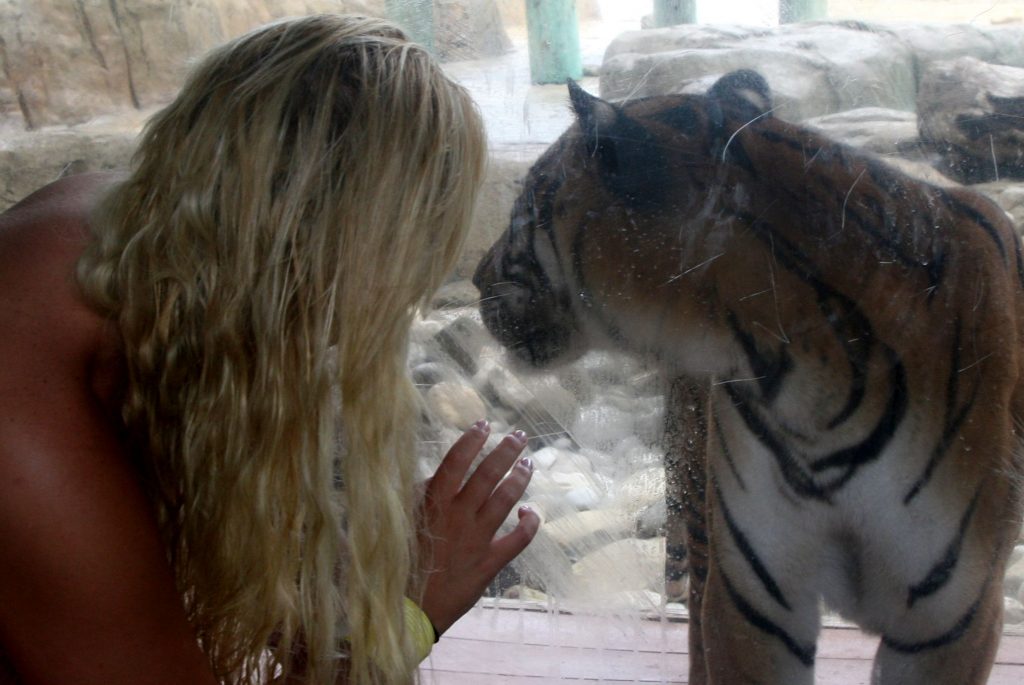 I did not get a kiss from them, but I did get as up close and personal as one could and they are even more magnificent than one could even imagine. . .