Up until the reading of the vows, I had not yet shed a tear.  My voice started to shake a little as I read my vows to Lucas, but as soon as I heard him recite his, the tears started to flow.  He was really nervous about expressing his love to me in the written word, but I do not think he could have said anything more perfect. 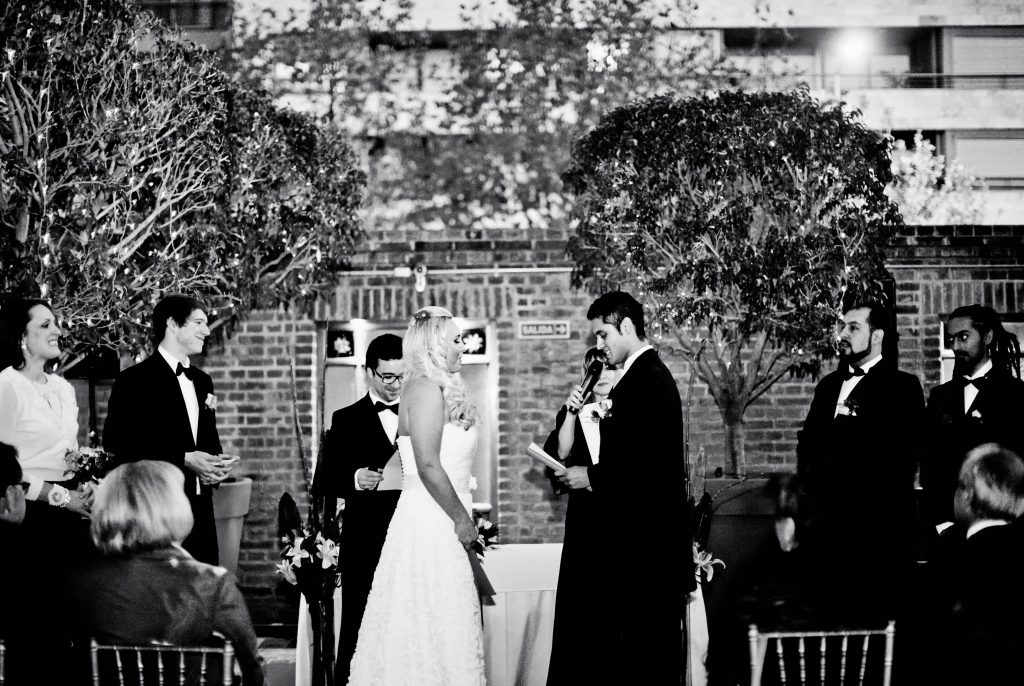 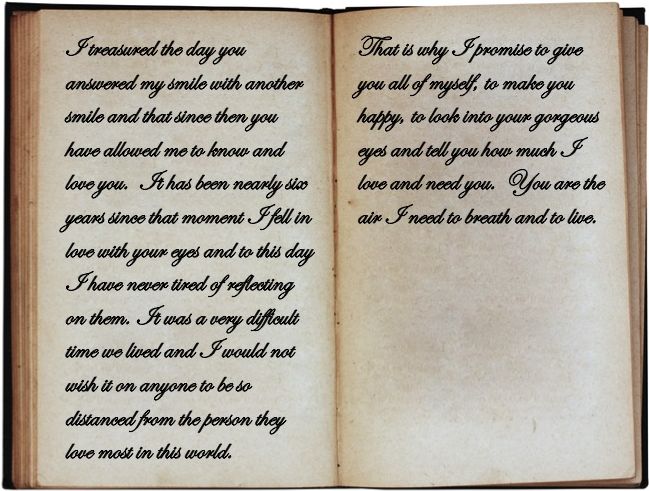 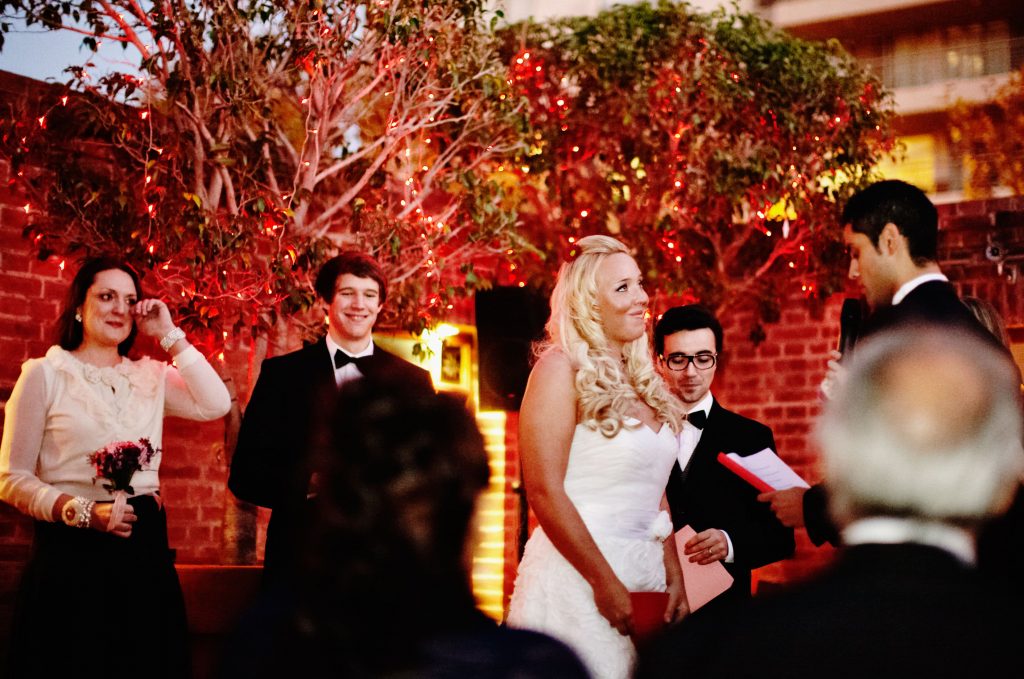 Then it was time for the exchange of rings.  I adore the story behind our rings, which you can read here.  My brother, who was our ring bearer, brought the rings over to us. 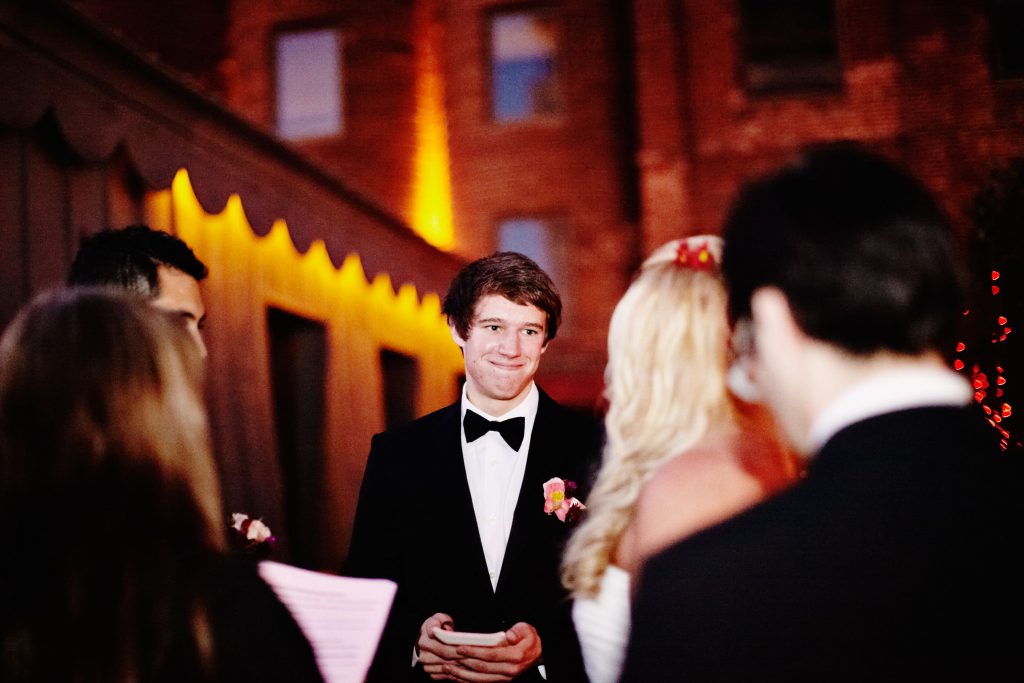 And before he left to return to his spot next to Julie, I gave him the world’s biggest hug.

Our Dad was clearly moved during this moment.

Lucas was the first to place one of the ring’s on my finger and proclaim:

With this ring, I thee wed, as a symbol of my love, I give to you all that is mine, all the days of my life. 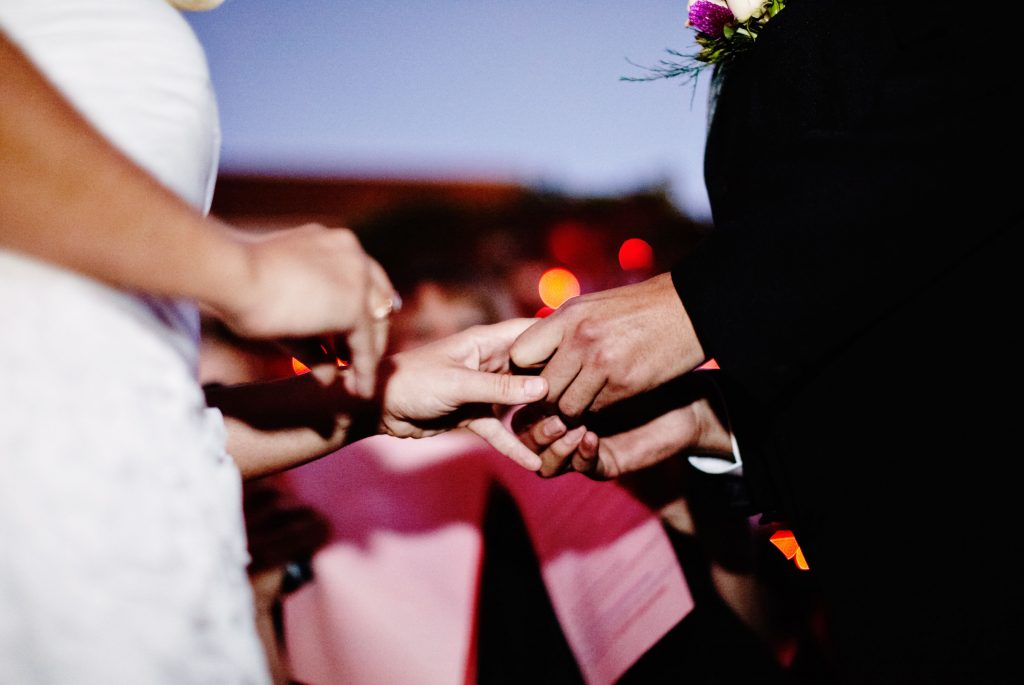 It was then my turn to say the same thing.  I repeated the above line in Spanish and just as I was about to say it in English, our band began to sing “Ave Maria.”  My heart stopped, as I was unable to put the ring on Lucas’ finger.  Lucas had warned me the day before that there was going to be at least one moment during the wedding where something went wrong, but that instead of viewing it as a negative thing that we should view it a funny story to tell.  With terror in my eyes, I looked at him smiling and then our guests began to laugh as well once they realized what had happened. 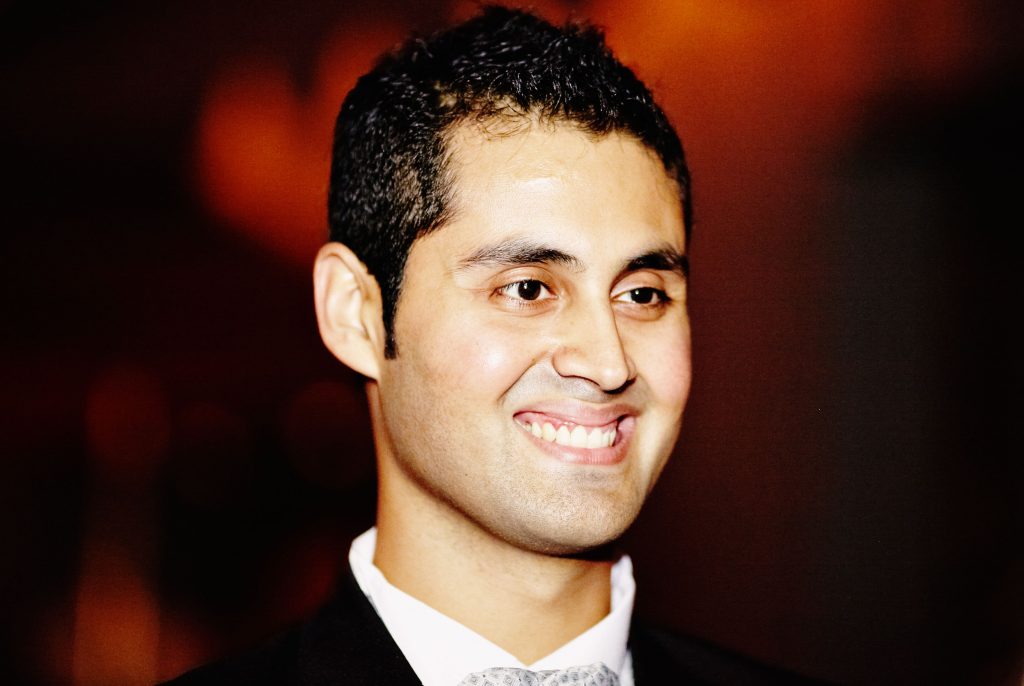 I decided in that moment that he was right, this was definitely going to be a funny story to tell, thus I started to laugh as well. 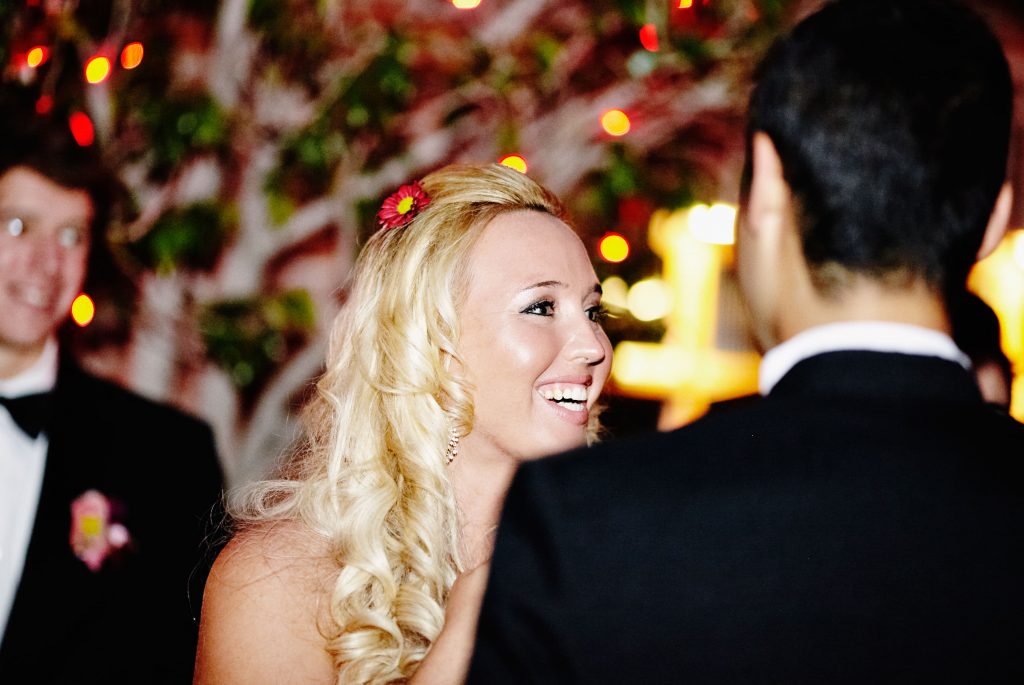 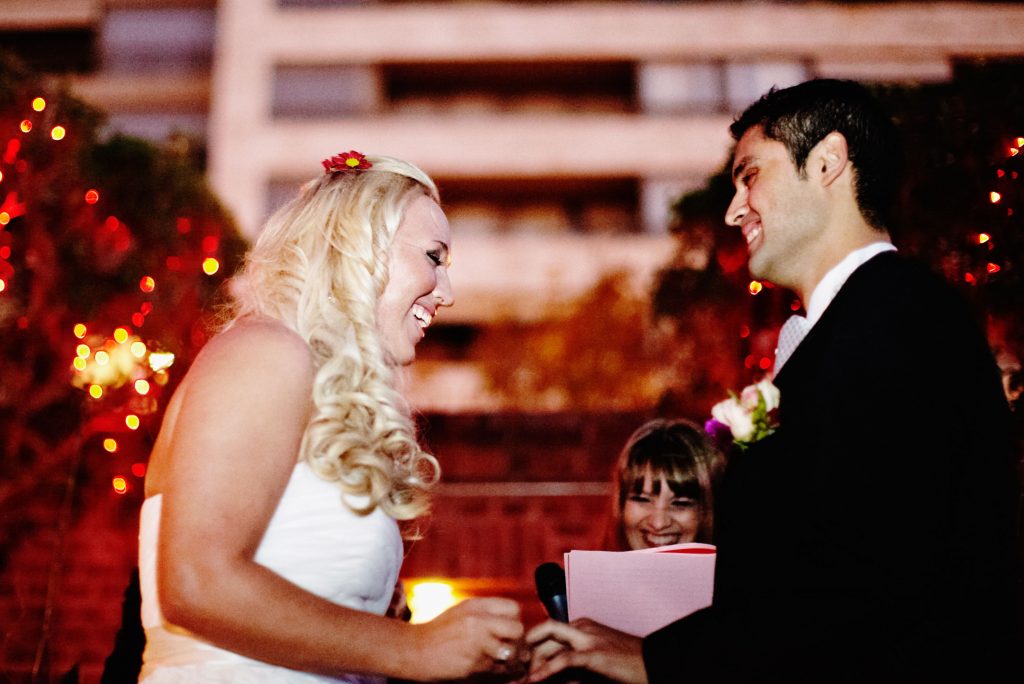 The band stopped, let me finish, and then at the right time began to play again.  All that was left now was the kiss to seal the deal.  Which is your favorite photo?