Over a decade ago when I was in high school, several times a year, my family and I would make the 3-hour drive from Charlotte, North Carolina to Atlanta, Georgia for a big shopping trip.  Charlotte had little to offer in the way of fashion and its Southern neighbor was always a few steps ahead.  However, Charlotte is now definitely a fashionable city and could possibly rival Atlanta in that department.  In regards to restaurants though, Atlanta is a clear frontrunner, as not only does it have some of the most recognized ones in the country, it is also considered a “culinary destination.”  The following are two examples of some of the extraordinary food experiences that you can have in Georgia’s capitol.

While I was there, I stayed at the Hyatt Regency Atlanta and naturally dined at their restaurant Sway.  Before I had even tasted their food, I already loved the fact that they are locally sourced, which is a win-win for everyone; they support the local suppliers, which in turn ensures that the food is incredibly fresh.

Like most of the renowned restaurants in Atlanta, Sway’s specialty is Southern fused cuisine.  And what is more Southern than homemade biscuits? 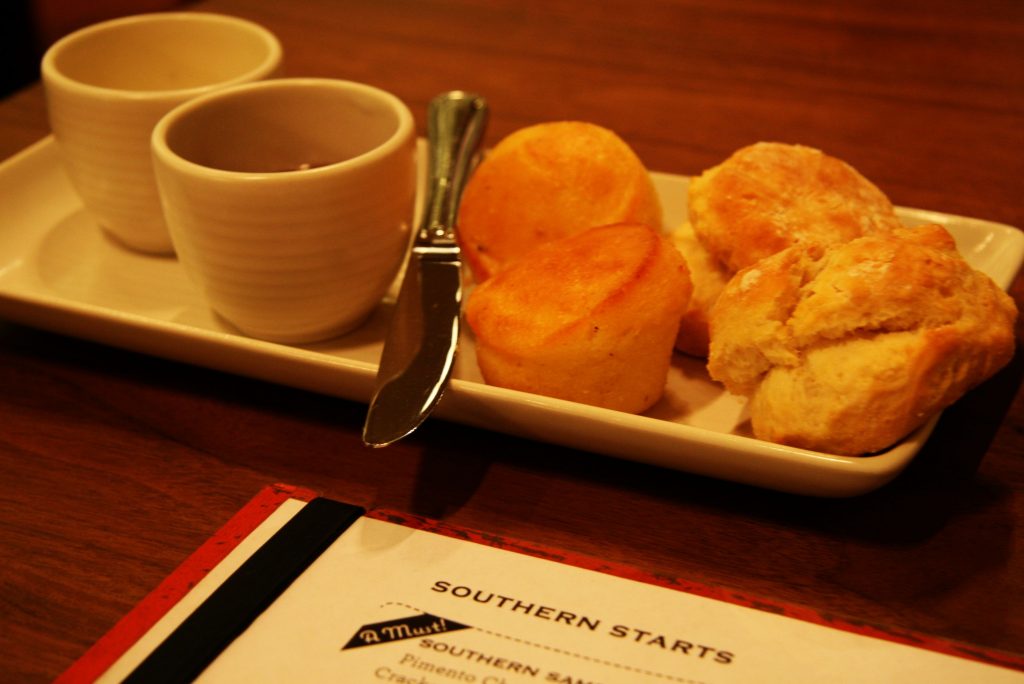 They complimented my cocktail, The Southern Way, perfectly. 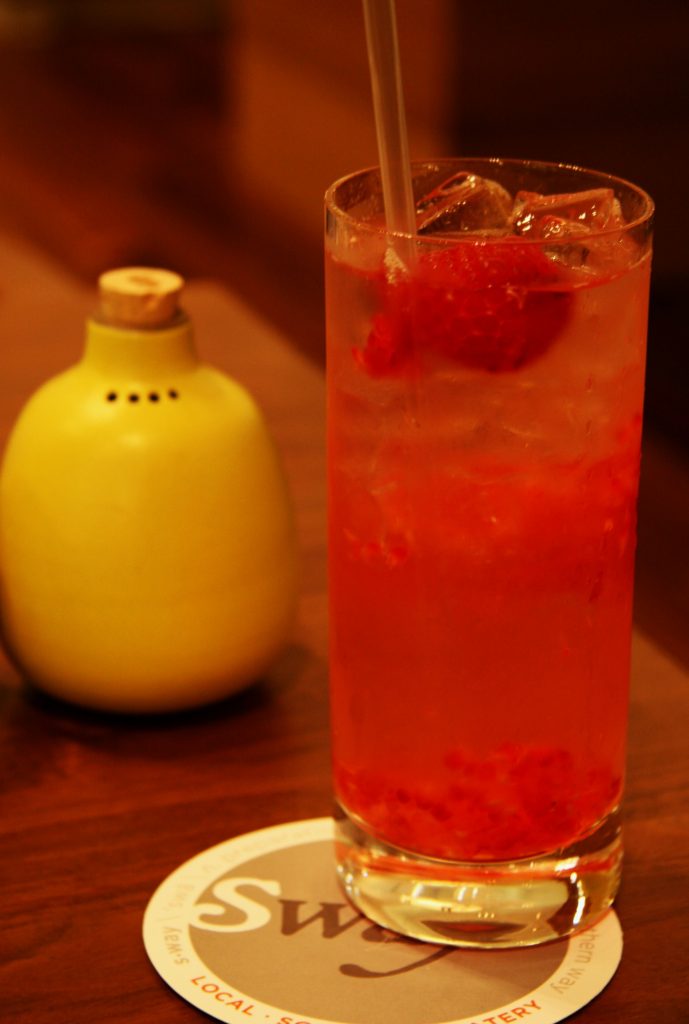 As well as the macaroni and cheese and grilled catch of the day and greens. 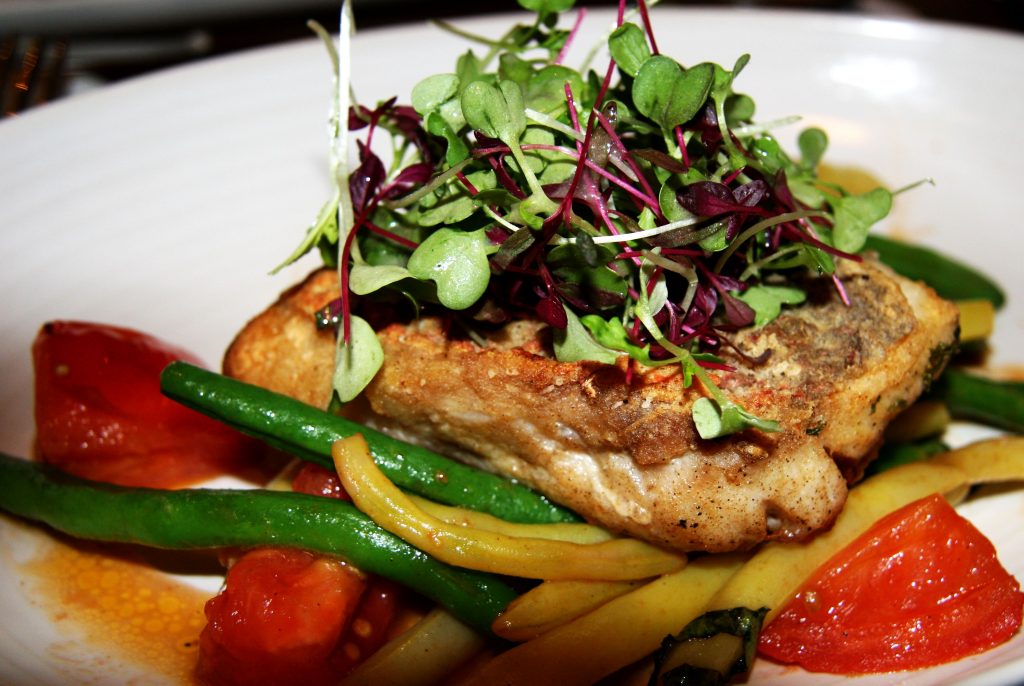 Usually hotel restaurants fail to leave a lasting impression, but Sway definitely accomplished its moniker by swaying me into changing my stance on them.  The combination of the finest food in an unpretentious but elegant environment is not to be missed!

I also had the great pleasure of dining in the award winning Empire State South, a restaurant with an even more modern take on Southern fused cuisine.  Chefs Ryan Smith and Hugh Acheson have received one accolade after another ever since the doors opened.  Acheson recently celebrated his success by writing a book: “A New Turn in the South: Southern Flavors Reinvented for your Kitchen.” 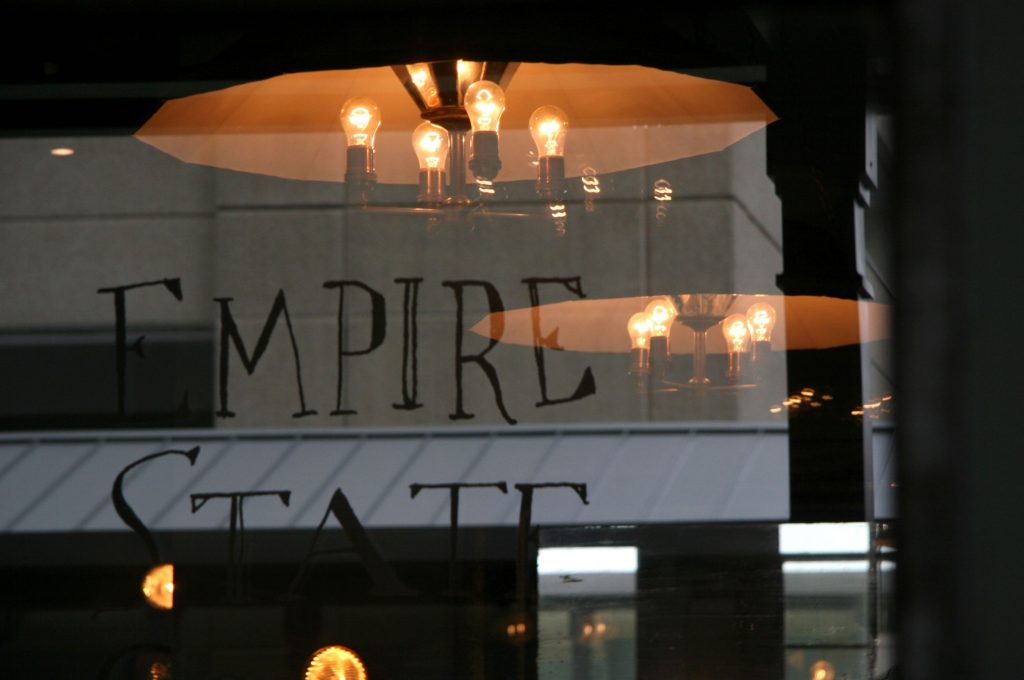 I indulged and ordered two dishes, which allowed me a little taste of all of the restaurant’s specialties.  The first dish contained: skillet corn and ocra, squash gratin with grafton chedder, field peas with carolina rice, collard greens, and padron peppers with sea salt. 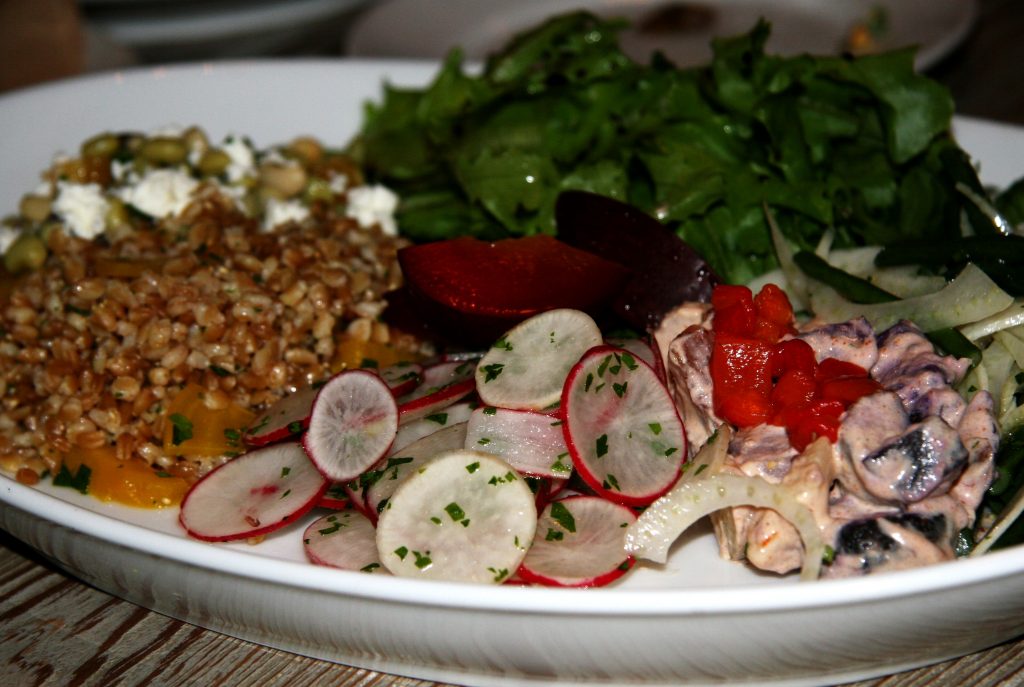 Even though I truly did not have room for one more bite — when a plate of the most beautiful looking dessert is placed in front of you — you find the room.  Trust me, their was not a crumb left on the plate. 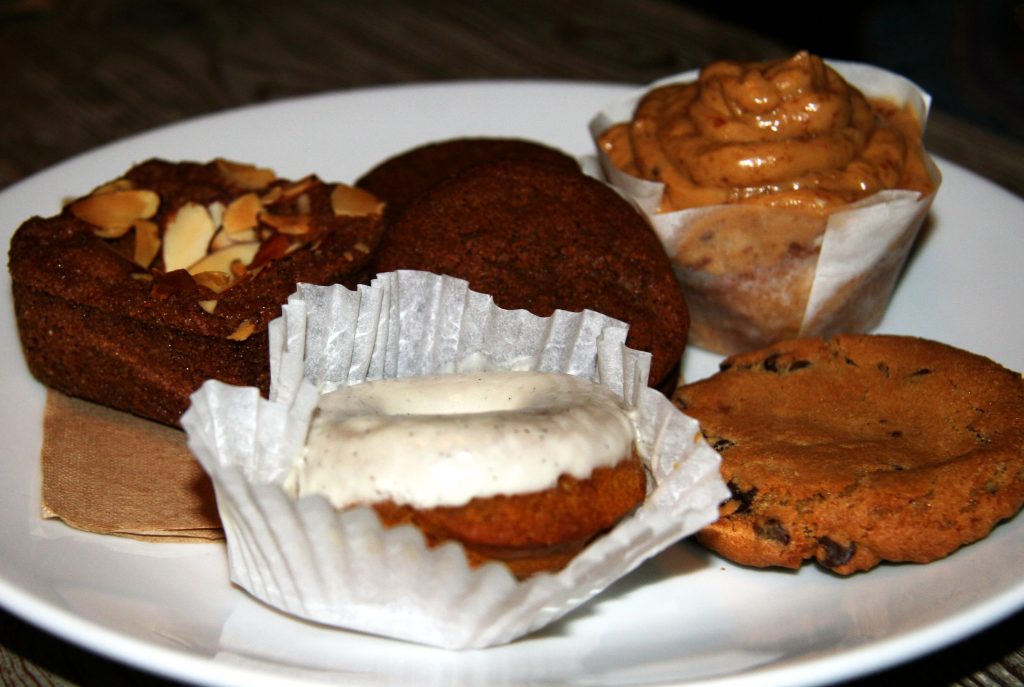 My favorite thing in this world (other than my husband) is coffee.  Thus, one of the highlight’s of my meal was the cortado that was especially made for me in their coffee bar; truly the perfect ending.

Empire State South has one motive and that is to turn moments into memories through their unique approach to eating and drinking.  Expect the memories to be plentiful after dining there!

A special thank you is in order to the Atlanta Convention & Visitors Bureau for sponsoring my trip to Atlanta, Georgia.