No matter if you enjoy being on a guided vacation or not, there is no question that most local guides are going to know about certain spots in the city that you are currently visiting that you would have never discovered on your own.  Trafalgar Tours has a reputation for having the best Travel Directors in the world, because each of them have thoughtfully selected the most extraordinary “Hidden Treasures” to share with their group of travelers.  One of the best examples of this is San Miniato al Monte.  Before going into downtown Florence, Marco our Italian Travel Director, took us to this basilica.  It is one of his favorite places, since it attracts very few tourists, yet it deserves to be a major tourist attraction. 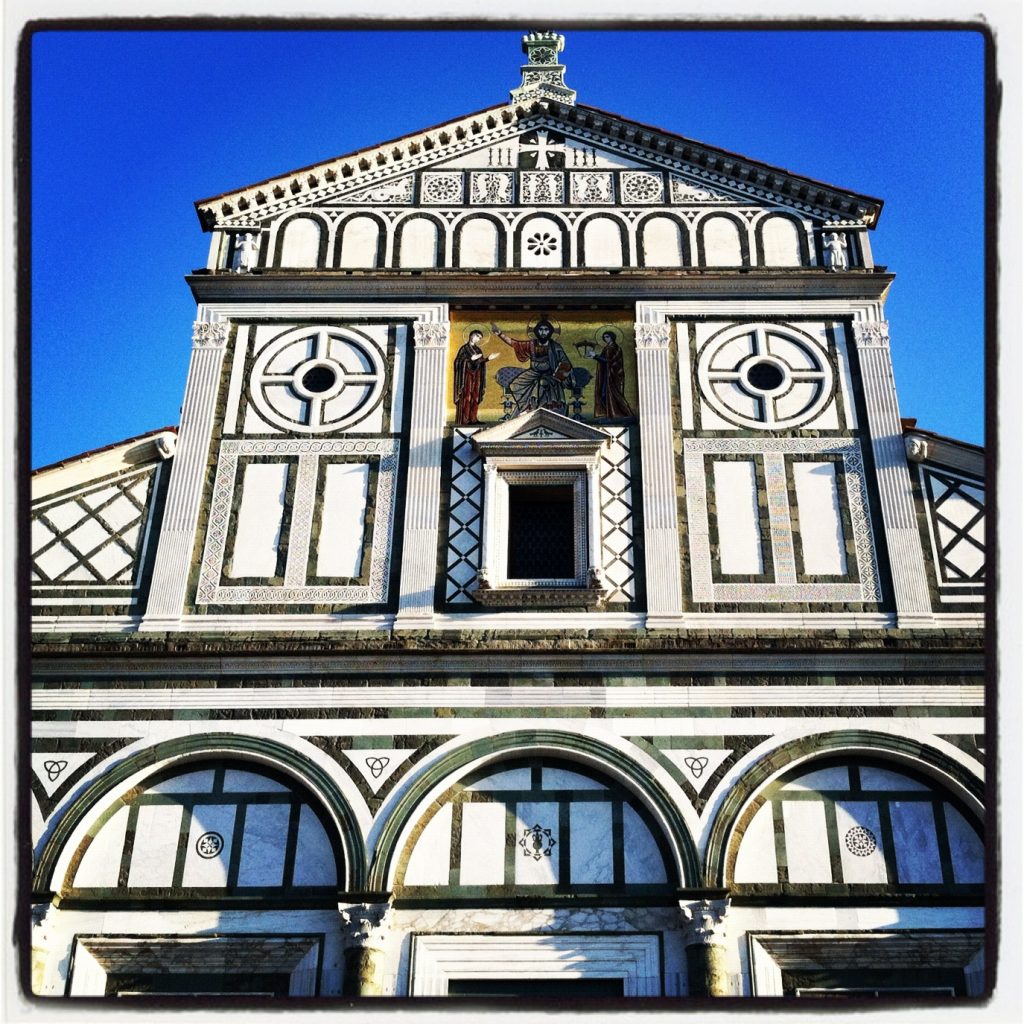 It was built in 1013 atop one of the highest points in the city, thus it is impossible to find better unobstructed views of Florence anywhere else.

As with all churches in Italy, the interior was as equally impressive as the exterior.  The way the light streamed in from the windows illuminating the colorfully painted marble was marvelous. 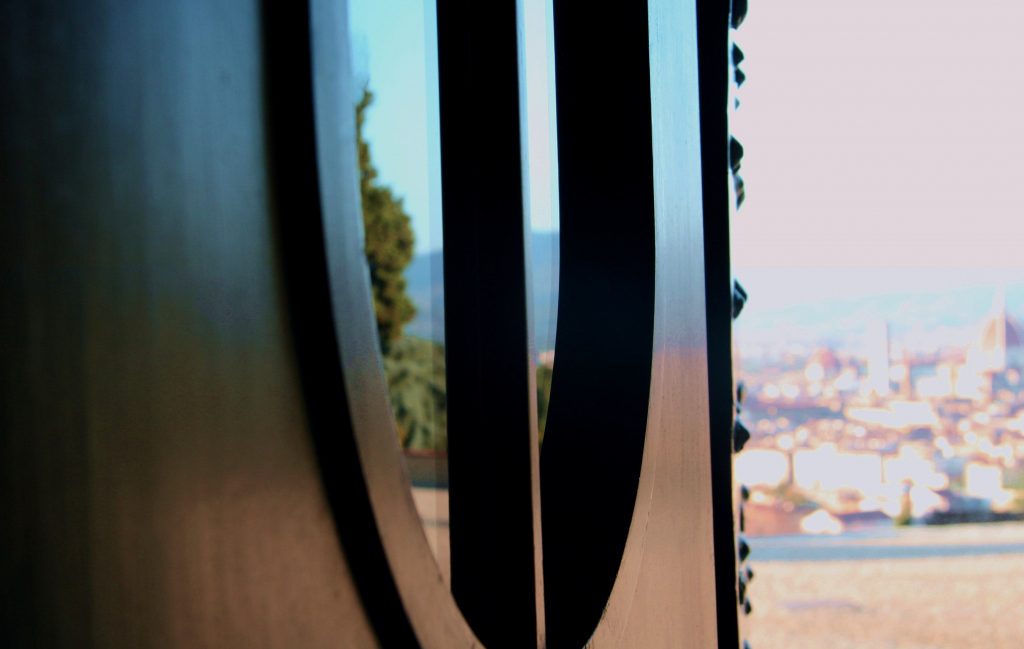 We did not have time to linger, as we had a special date with a famous Italian named David, but we left at the ideal time, as day was beginning to turn into night and the lighting was perfect for some final photos. 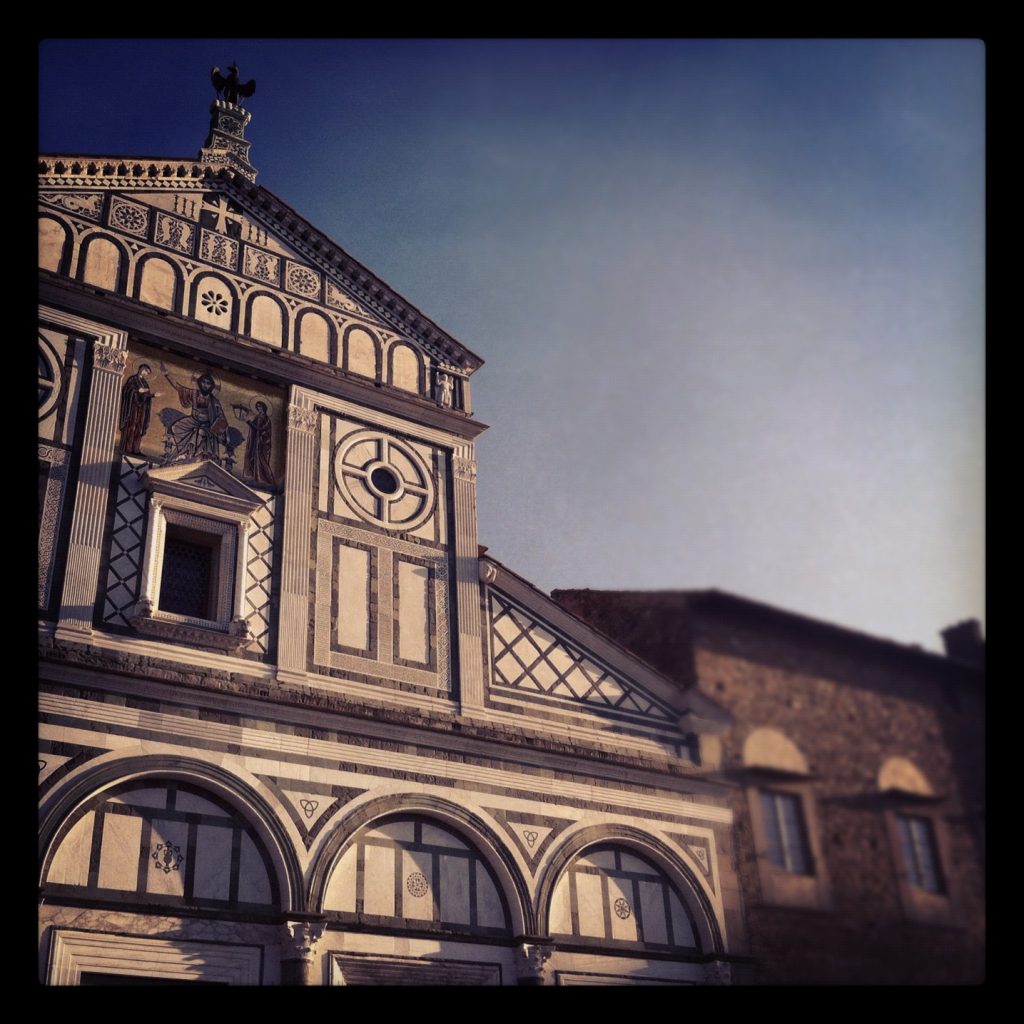 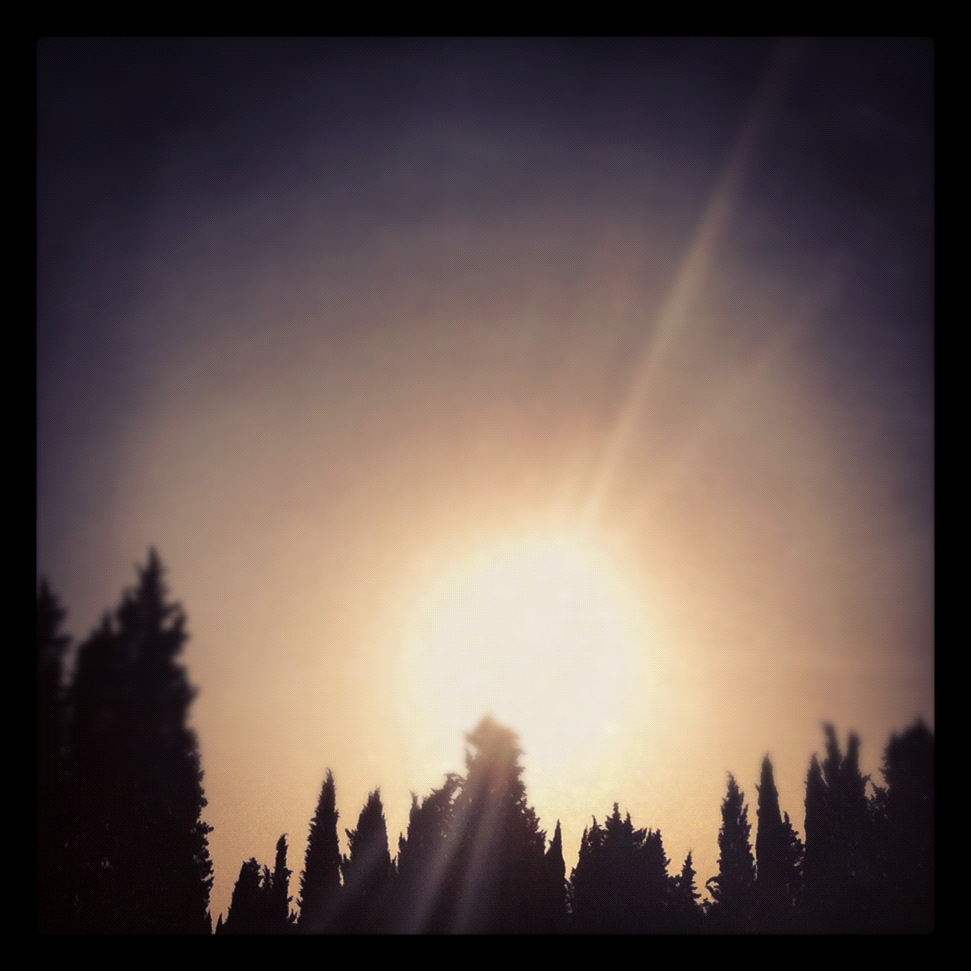 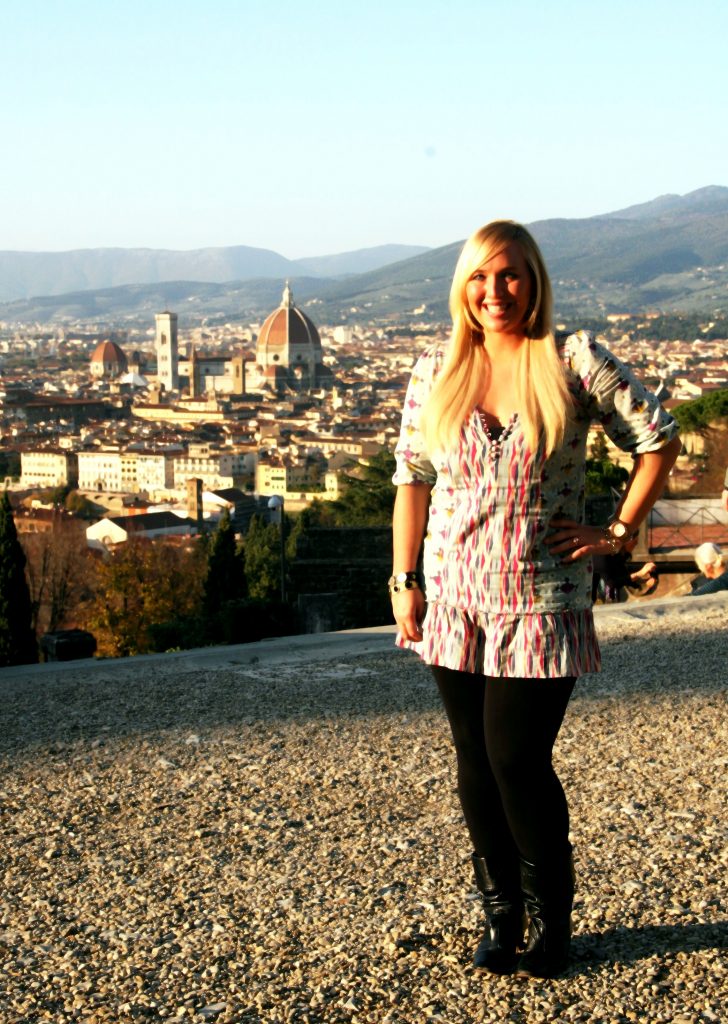 Adjoining San Miniato al Monte is both a monastery and a graveyard, both of which I would have further liked to explore.  As the rest of my group headed to the coach, I could not ignore a feeling in my stomach that told me to make a quick visit to the graveyard.  I had only but a minute, however I immediately saw why I felt the urge that I did: there was a stunning statue with a view of Florence in the background that begged to be captured on camera. 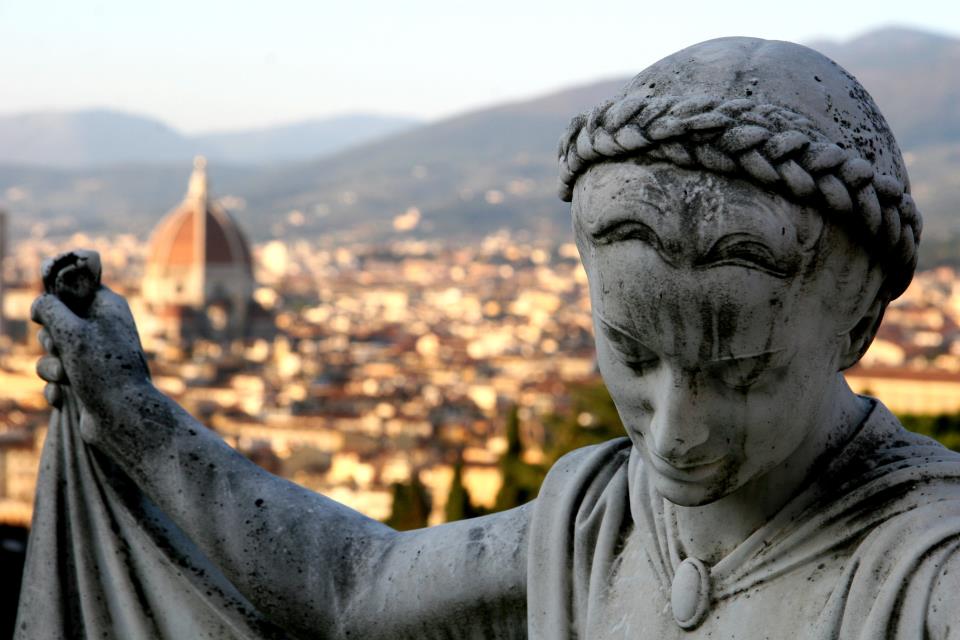 I only took one photo and it is now amongst my most favorite photos that I have ever taken in all of my adventures around the globe. . .