My dearest friends, two days ago I experienced a moment that I will never forget  — a moment that changed me and therefore I hope will change those who read this post.  I have written before about how deeply I believe in the power of synchronicity; my entire life has been one meaningful coincidence after another and thankfully I learned at an early age if you are aware enough you can recognize the reoccurring patterns and then try to discover the meaning behind them.  Sometimes, I have no idea, other times it is crystal clear and I feel like it is a reassurance that I am on the “right path.”

At the end of August, the magazine that I contribute for, QC Exclusive, sent me to Banner Elk, North Carolina to review the property Banner Elk Winery & Villa for their upcoming issue.  I will write more in the future about this, but for now let me say that while I was at their amazing medical spa getting services I befriended the owners and they instantly invited me to practice Chinese Medicine there once a week.  I graciously accepted and this was my third week of treating patients (I am still keeping my clinic in Charlotte as well).  I never cared for the mountains and I always chose to travel to beaches instead, however I instantly felt a strong and surprising connection to Banner Elk and the breathtakingly beautiful Blue Ridge Mountains that surround the charming city.

On September 11th, the Chef at the Banner Elk Winery & Villa, Jackie, who is now one of my most favorite people in this world, invited me on a sunset picnic with her boyfriend.  They took me to Wiseman’s View for a panoramic scene of the mountains.  We were in a hurry, as the sun was setting quickly and just as we were reaching the point where my cellphone would lose its service, an overwhelming feeling came over me that I needed to update my Facebook status and let everyone know that my evening was going to be spent in remembrance of those whose lives were lost on the day that forever changed our nation. 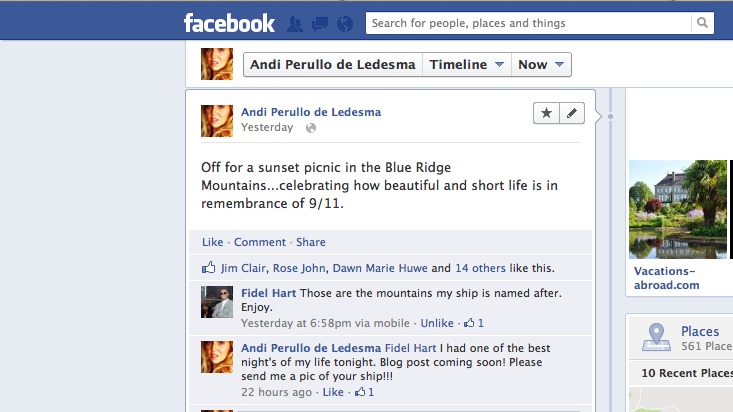 The views of the Pisgah National Forest and Linville Gorge were nothing less than extraordinary and I knew that we had picked the perfect place for the 11th Anniversary.

I have never been one to follow rules, thus we ignored the warning signs and decided to have our picnic on the ledge of the mountain.  The sun had already given way to the moon and that is when synchronicity decided to emerge as well; freshly written on the edge of a 1500 foot drop was a message most likely left by the daughter of a father who had perished on September 11th.  Tears instantly flowed from my eyes as I took the following shot. 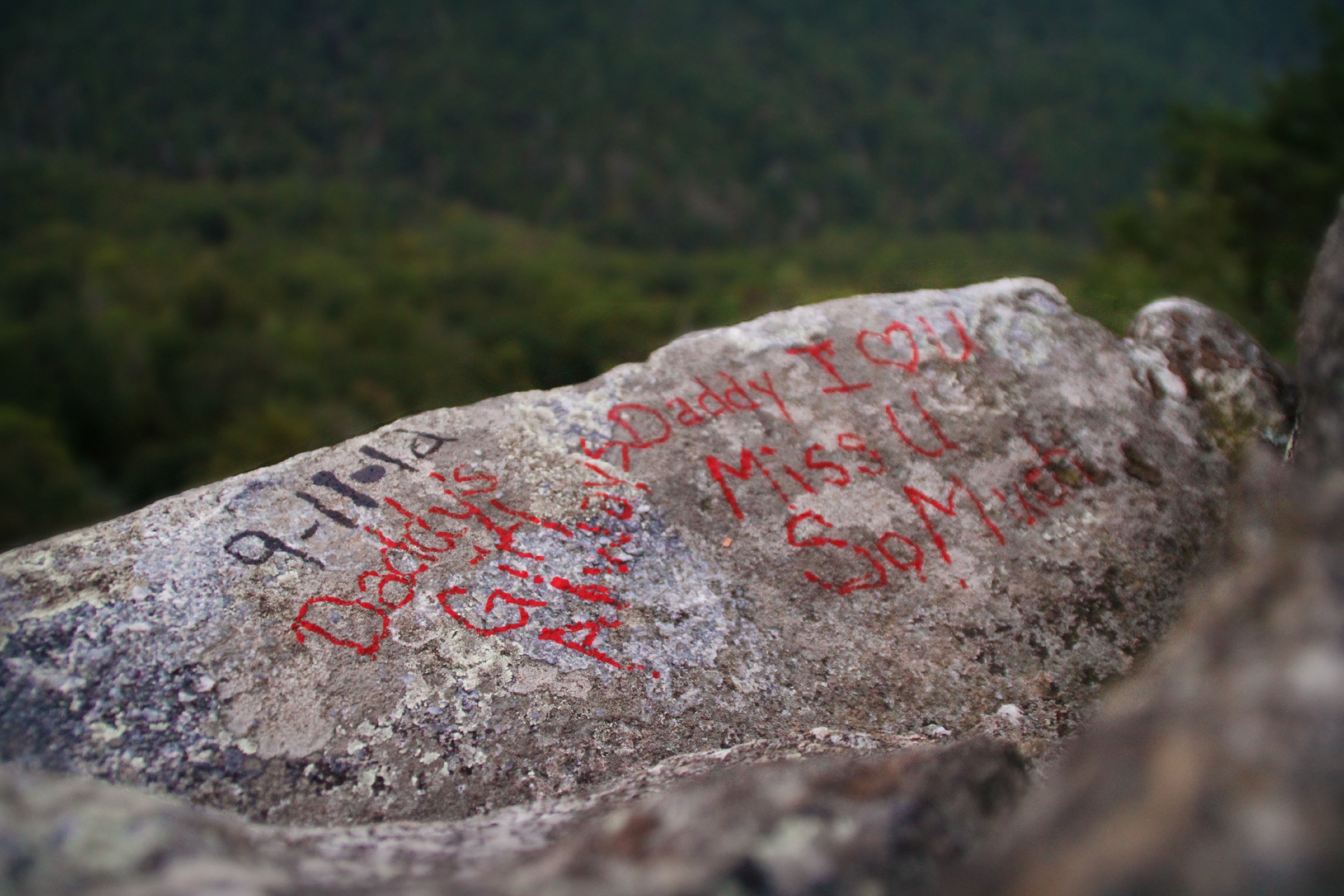 This is one of those times where I know why synchronicity has lead me to Banner Elk and especially why to that ledge, though I am keeping the message to myself since it very personal.  Having said that, I beg you with all of my heart to let this post inspire you to live each day with purpose, to always remind those who are close to you that you love them, to celebrate the beauty of life, and to remember that your destiny is greater than your difficulties.

49 thoughts on “A Synchronistic Moment & A Friendly Reminder”