I cannot believe that Christmas has come and gone already! I felt like the build up took forever, but then the holiday itself was over in a blink of an eye. Joaquín’s first Christmas could not have been more memorable, in fact it felt magical. Just like I mentioned in his first Halloween and Thanksgiving posts, reliving the excitement of the holidays through my son is more special than I could have ever imagined. 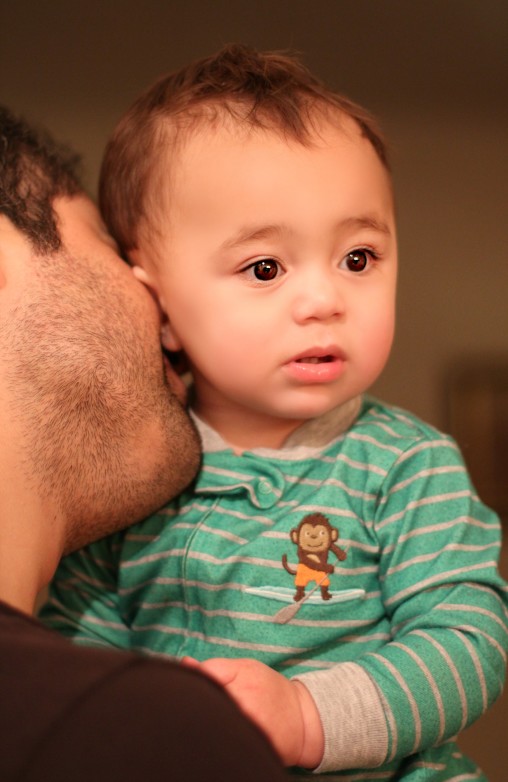 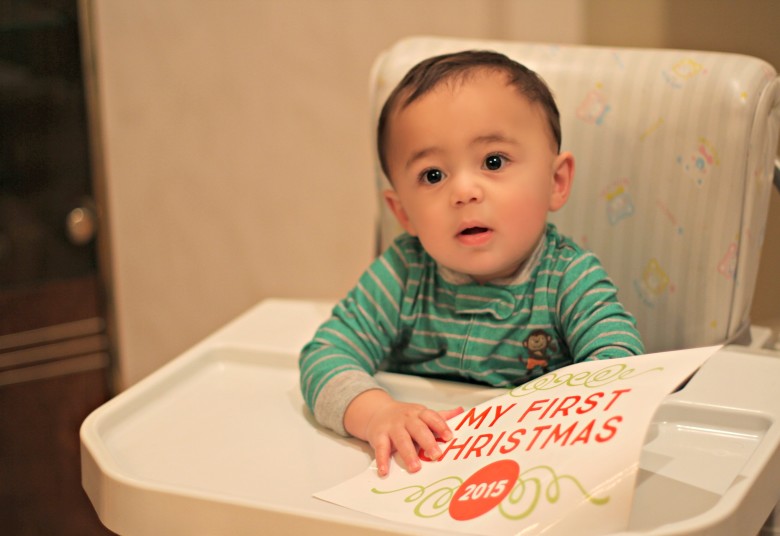 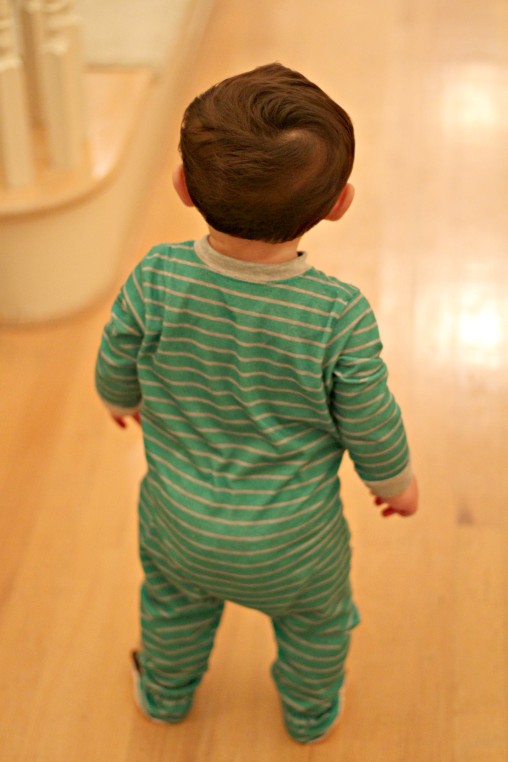 In my family, we open presents on Christmas Eve. It was nearly impossible for my husband and I to wait to give Joaquín his presents until then. We almost cheated and gave them to him a day early, but we fought the urge and waited as patiently as we could. First he opened his gifts from other family members. To be honest, he was more excited about ripping open the wrapping paper and chewing on it then what was inside. 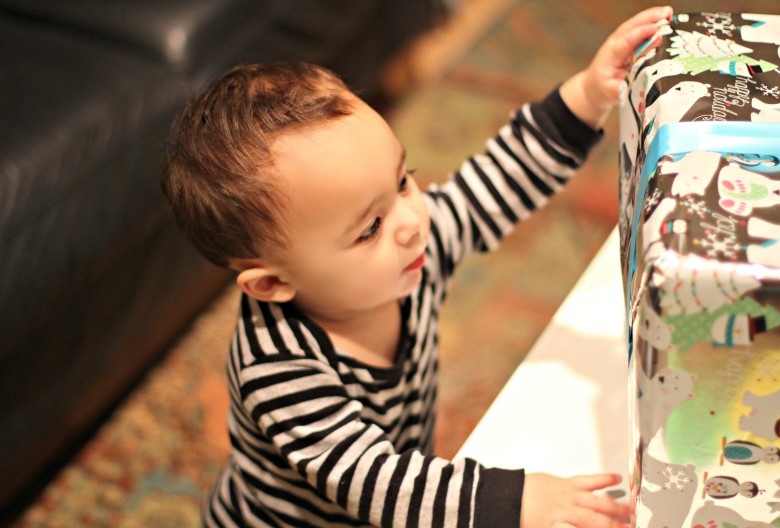 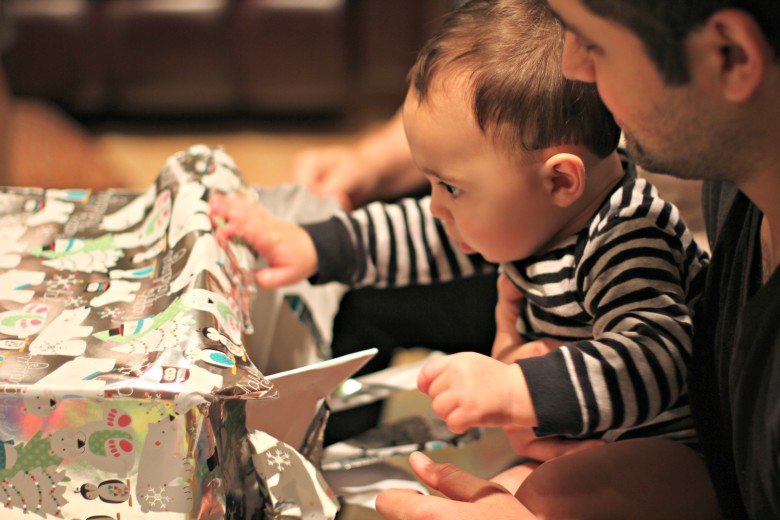 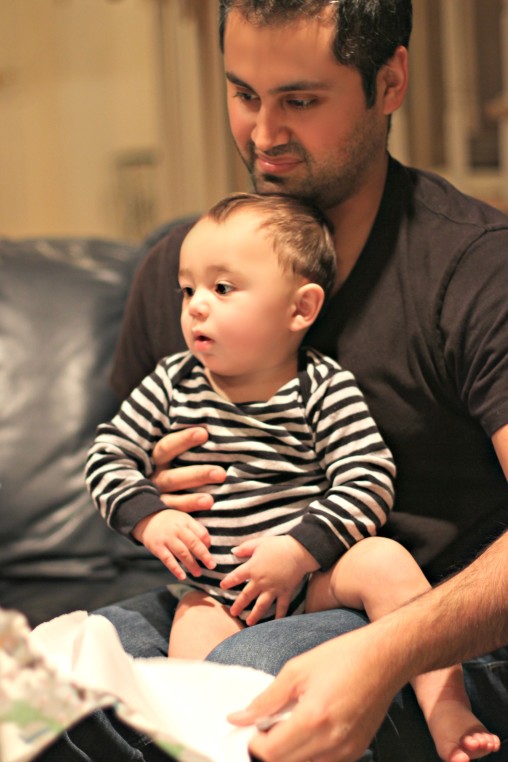 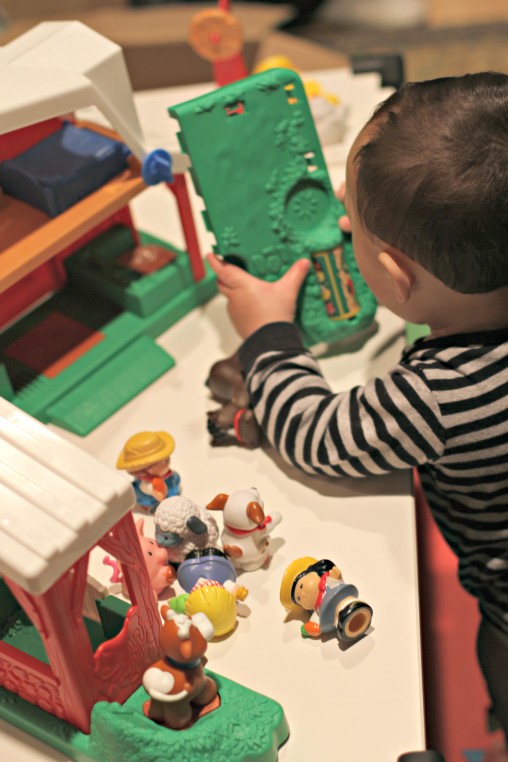 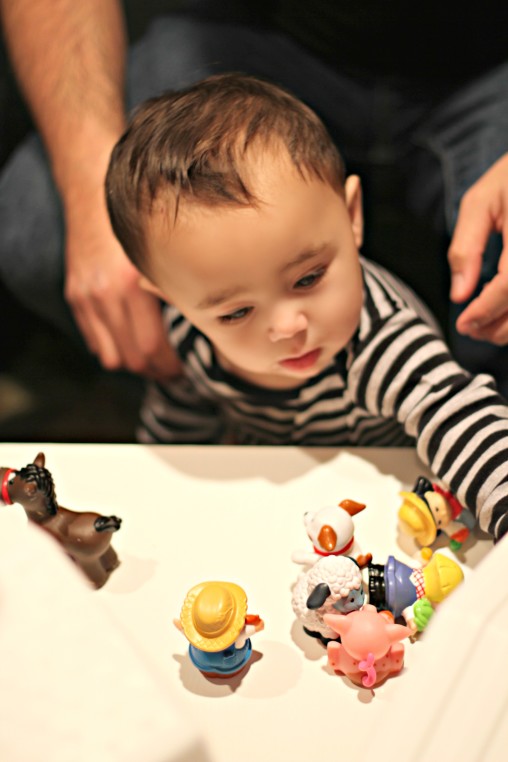 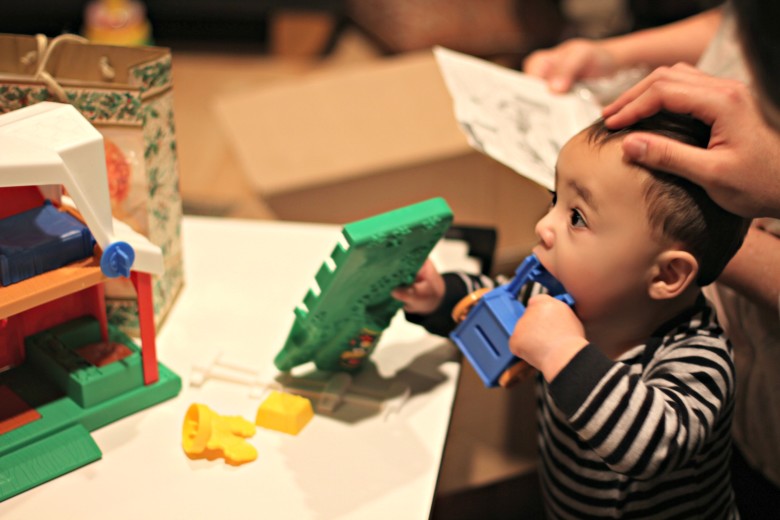 Then it was time for his big present from his parents. I have to give credit to my husband on this. Lucas had picked out an adorable baby Mini Cooper and had the license plate (not pictured) personalized. It says JAL1515, which are Joaquín’s initials and birth date. I had no idea how he was going to react, although I should have known instinctively he was going to be over the moon with happiness, as he is definitely his father’s son and his father is obsessed with cars. 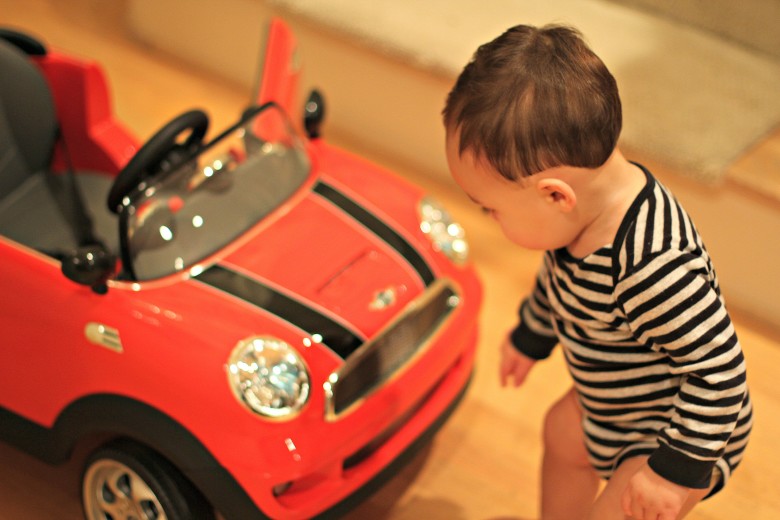 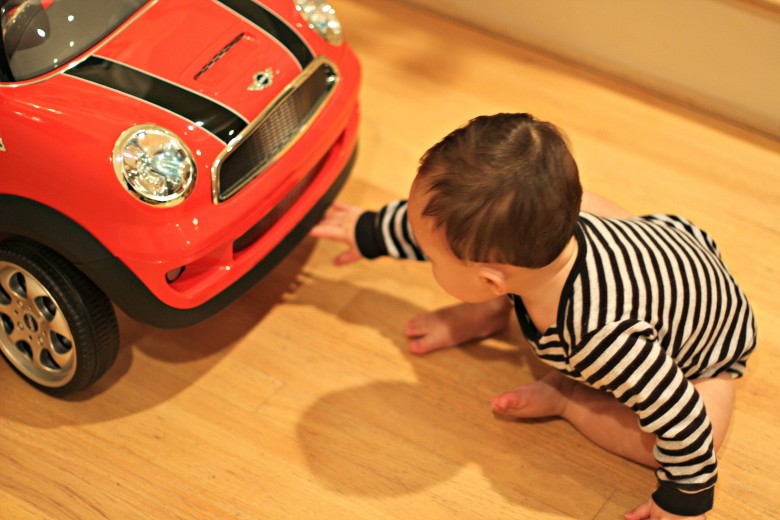 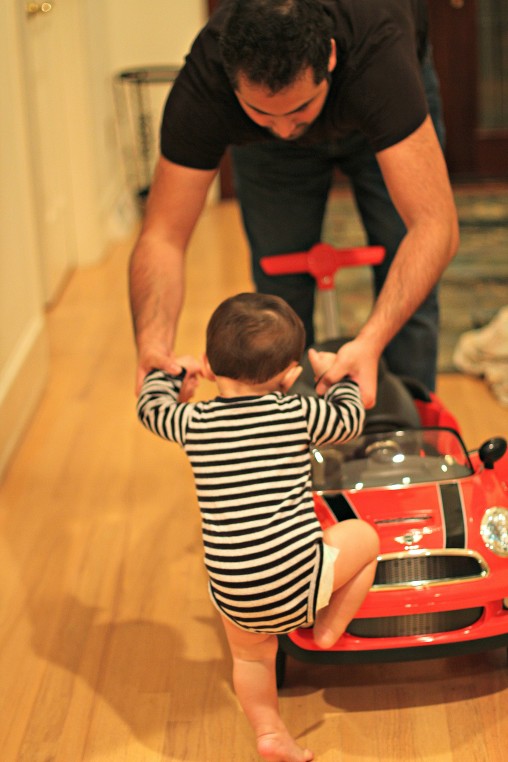 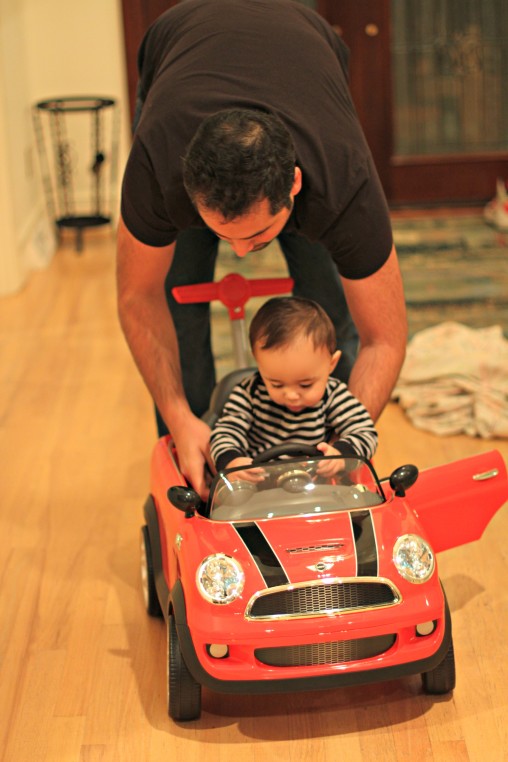 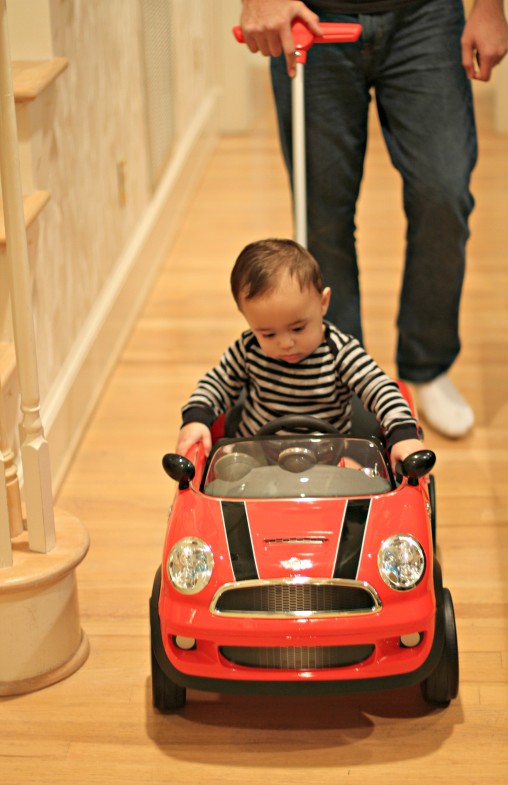 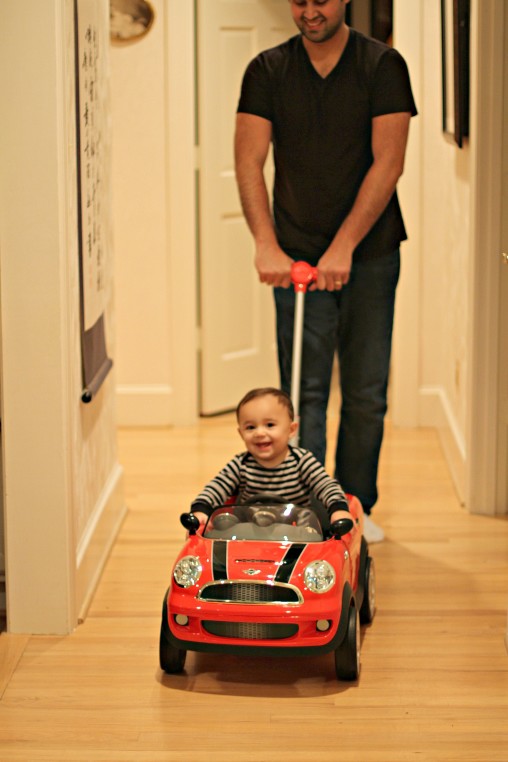 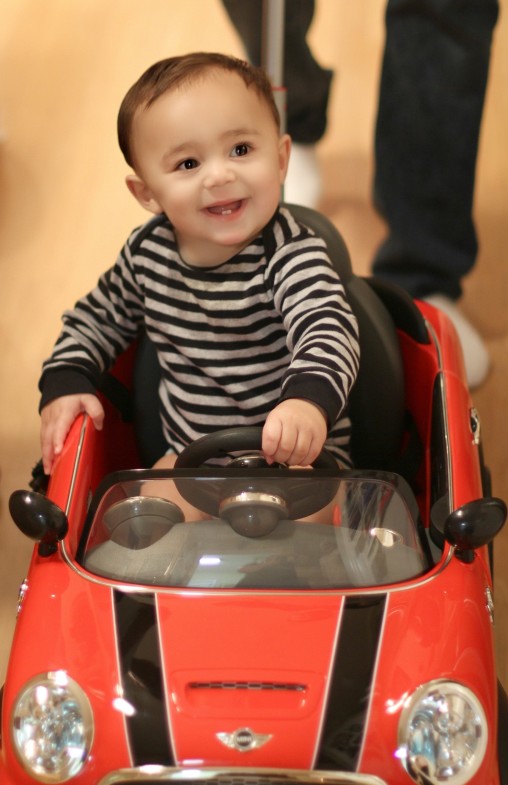 In case you are curious, he has made us push him around in his new car every single day since he received it! I guess we did good for picking out his first Christmas present? Now we are turning our focus to celebrating Joaquín’s first New Year’s and then his first Birthday.