For some reason, Joaquín turning a year and a half old seems like such a huge milestone to me! The newborn and baby days are gone now and he is deeply into the toddler stage. I am not going to lie, I both love and hate this age. It is so extraordinary to see my son’s personality develop and to watch him learn all about how the world works. He is super affectionate with me — last week he set a new record of giving me sixteen kisses in a row. Having said this, his temper tantrums are out of control. Sometimes I feel like mother of the year, but when it comes to disciplining him I will admit I am not the best. I am working on learning to say “no” and really mean it. Still, my favorite thing about motherhood is that no matter how bad of a day we had together, my heart continues  to overflow with unconditional love for him.

We are so lucky when it comes to sleeping. We hired a sleep training expert when Joaquín was eight weeks old, which was completely life changing, and from that point on he has been consistently sleeping around twelve hours a night. The only thing that messes up his sleep is when new teeth come through (he has only two more teeth to go thankfully). We are even at a point now where we can kiss him goodnight, say “I love you“, put him in his crib, and leave the rest up to him. Usually he is asleep after talking with his stuffed animals about his day in about ten minutes. He is still taking a long afternoon nap, which allows me to get a lot of work done. I would say in the next couple of months we will need to transition him into a big boy’s bed, as he is very close to climbing out of his crib. Hopefully, even then he will continue to be our expert sleeper!

When we first introduced Joaquín to food he impressed everyone by tasting whatever was put in front of him and loving it without abandon. Then he had a major regression after having the norovirus around thirteen months. He only wants chicken, which drives me crazy, since I am a vegetarian. Occasionally, he will surprise us and eat some cheerios (as pictured), eggs, french fries, pasta, or green beans, but we have to push him. He still takes a bottle three times a day and our next big hurdle with him is getting those bottles dropped as soon as possible. For some reason, they are extremely comforting to him and he goes hysterical without them. I know that once those bottles are gone though he will start to eat better. 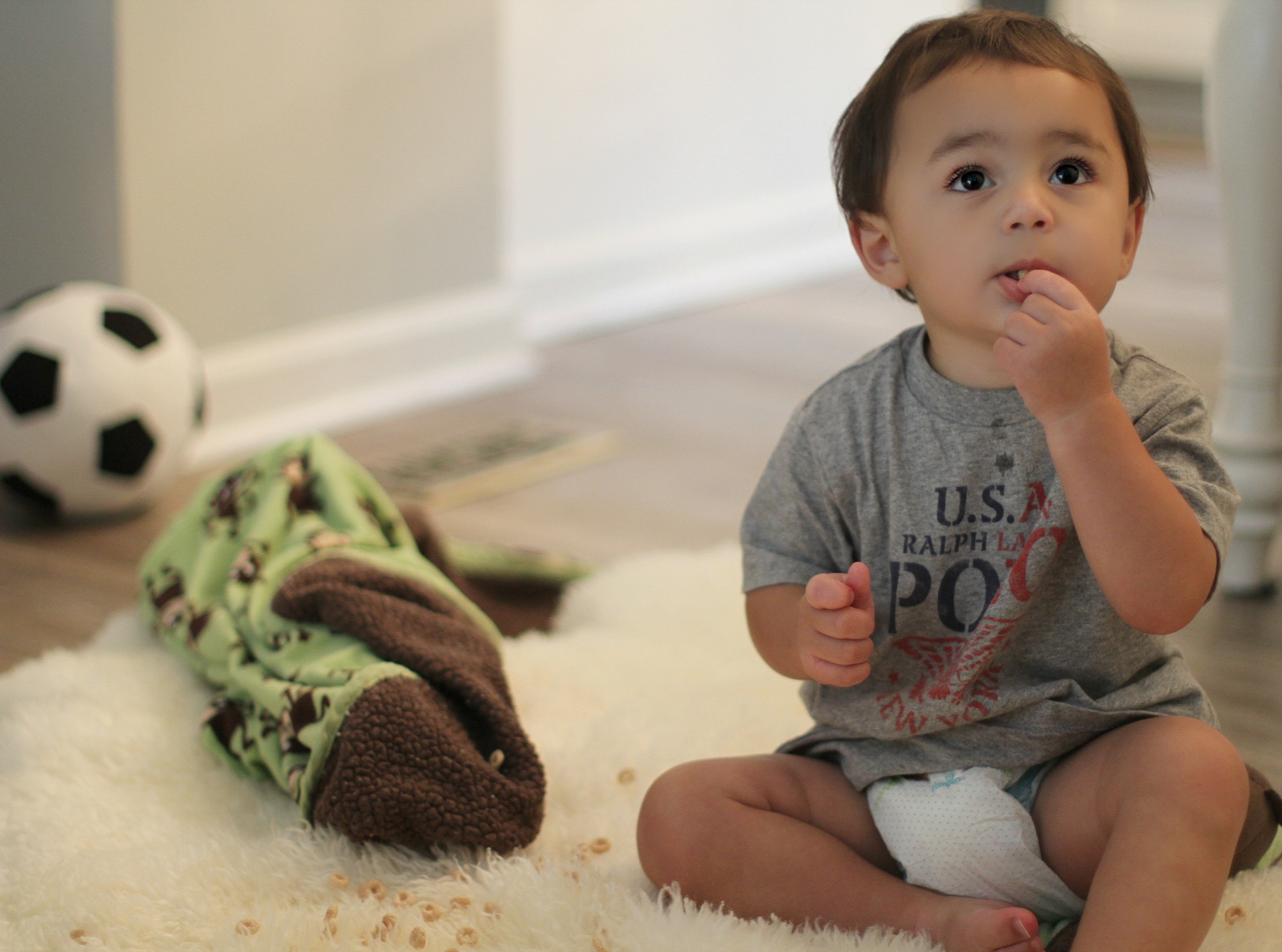 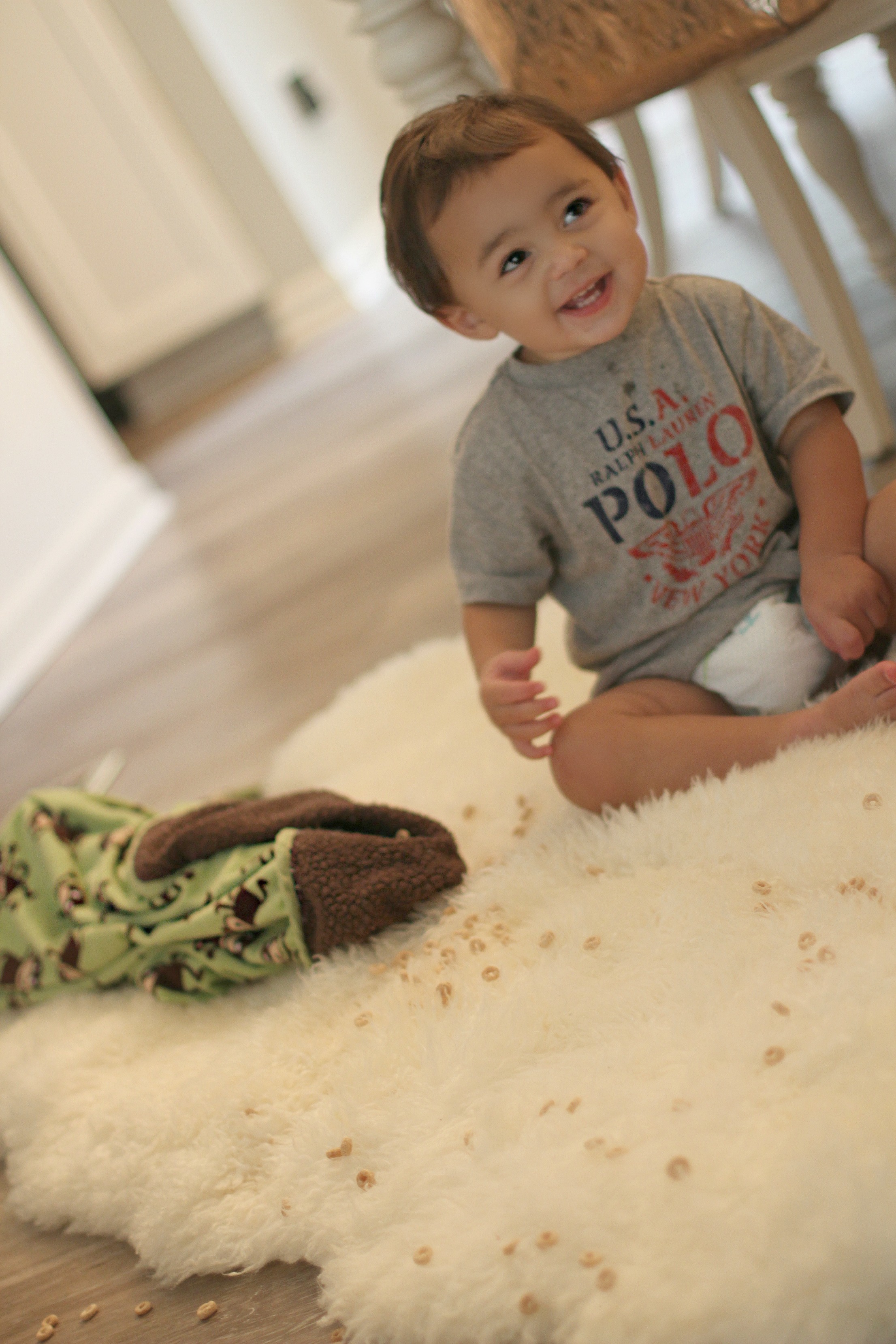 We knew we had quite an athlete on our hands once he started running at eight months. Our pediatrician claims he is about four months ahead of where he should be when it comes to his motor skills. From the moment he wakes up in the morning, until the moment he goes to bed at night, he wants to play, and especially outside. We love that he is so adventurous, however it is proving to be quite difficult during these hot summer months. Thus, we spend a lot of time in the pool. I am hoping he takes after me and develops a passion for swimming! Not a day goes by where I am not impressed with his athletic abilities, especially since he was a preemie. 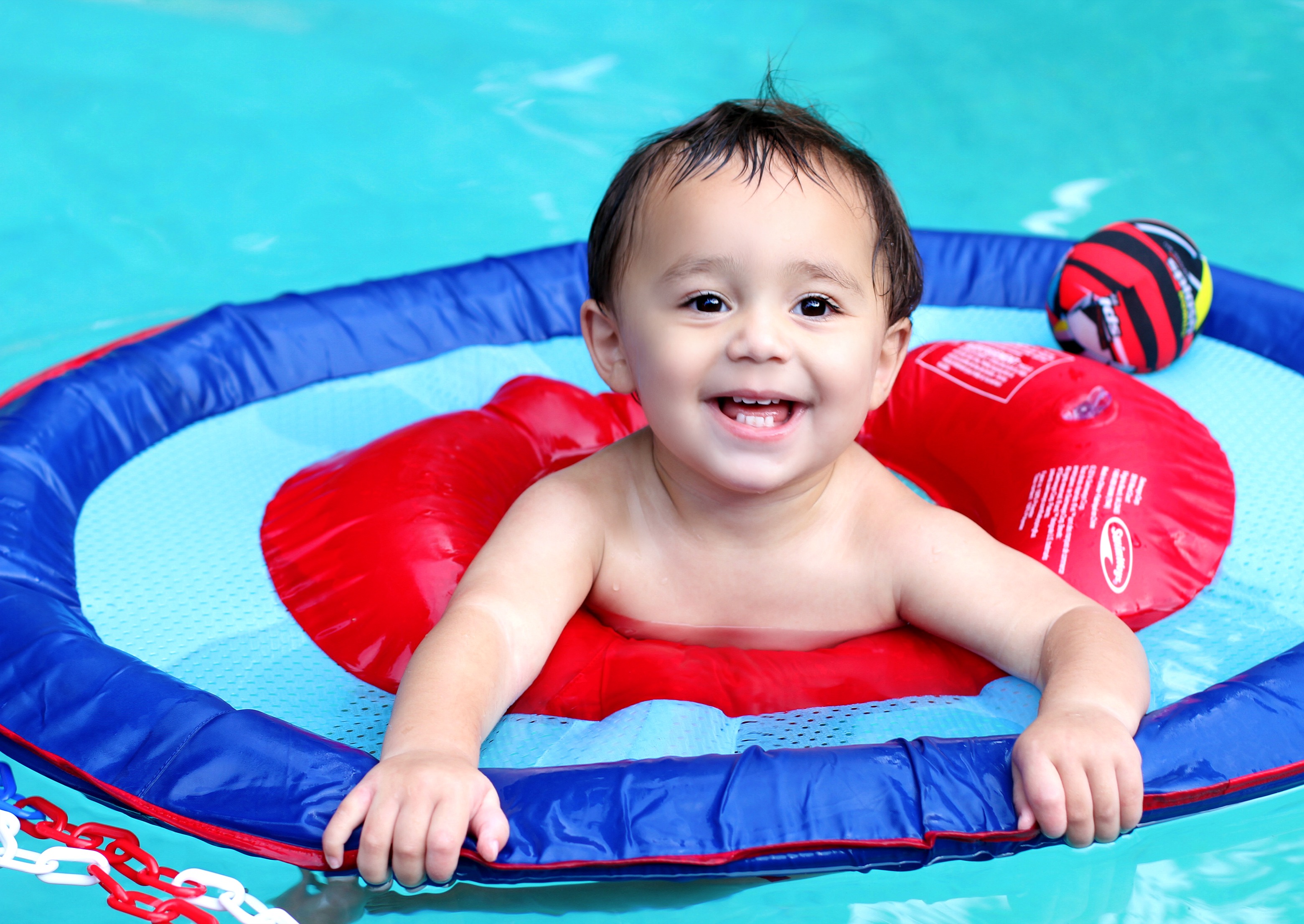 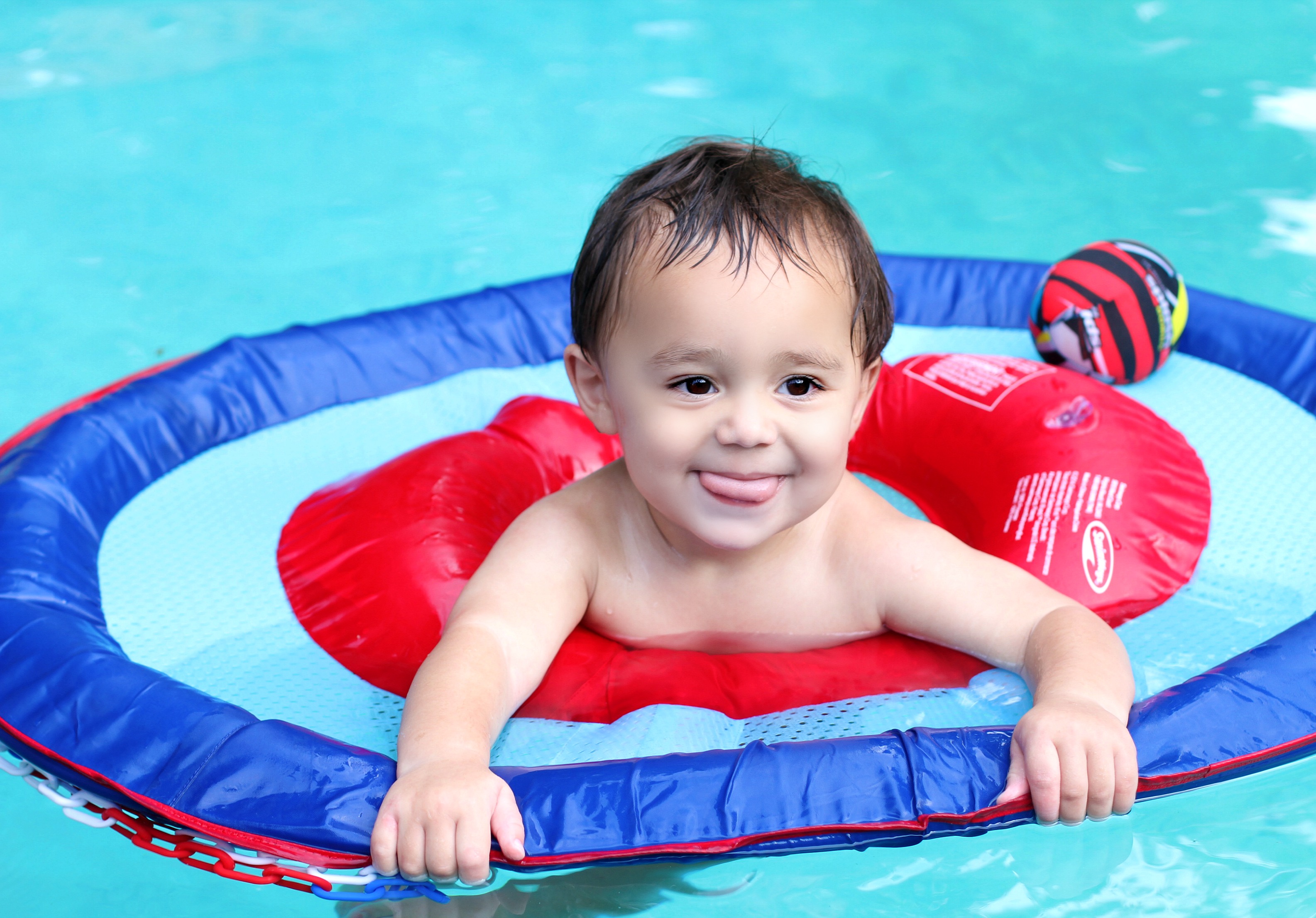 Joaquín likes to “talk” all day long. We do not understand a word he says, but that does not stop him from having conversation after conversation. He even uses his hands to get his point across  (super Latino like his father). He can say “mama“, “dada/papa“, and when I count he will scream “three” after I say, “two“.  Embarrassingly he can also say “stupid” as well! One day he fell and hurt his head against the wall. To get him to stop crying I jokingly hit the wall and called it stupid. Oh boy, was that a mistake? Now he runs around calling everything and everyone stupid.    You live and you learn with your children. . .

4 thoughts on “A Year And A Half With Joaquín”