I recently read an article entitled, “How To Raise A Feminist Son,” and loved every single word! I could not have discovered it a more perfect time, as my son has become quite enamored with Disney princesses. Some of you will read that last sentence and think so what and some of you will read it and think I would never let my son play with anything considered feminine. Personally, I fall into the former group and encourage his newfound passion, but I will not lie, I am exhausted of explaining to certain people why I do so.

I am always surprised that in 2017 we still have such outdated and outrageous gender beliefs. When I was a young girl there was not a sport I did not want to try and most of the time you could find me in my dad’s clothes, because they were more comfortable than mine. My parents let me be me and I am so eternally grateful for that! Then when I turned 14, I eschewed all “manly things” and became a “girly girl.” Pink was my new favorite color and I have worn a dress every single day since (even when skydiving and zip lining). I want my son as well to always feel that he can express whatever is in his heart and right now that is adoring princesses.

“Even as adult gender roles have merged, children’s products have become more divided by gender than they were 50 years ago, research has found: pink princesses and blue trucks, not just in the toy aisle, but on cups and toothbrushes. It is no wonder that children’s interests end up aligning that way. But neuroscientists say children are not born with those preferences. Until the mid-20th century, pink was the boy color and blue was for girls. In studies, infants have not been shown to have strong toy preferences. The difference, according to researchers, emerges at the same time that children become aware of their gender, around age 2 or 3, at which point societal expectations can override innate interests. Yet longitudinal studies suggest that toy segregation has long-term effects on gender gaps in academics, spatial skills, and social skills, according to Campbell Leaper, chairman of the psychology department at the University of California, Santa Cruz. For children to reach their full potential, they need to follow their interests, traditional or not. So let them. The idea is not to assume that all children want to do the same things, but to make sure they are not limited.”

Personally, this was the strongest part of the article and you better believe that I want my son to reach his full potential! Thus, when I saw an advertisement for a Princess Party (the day before my Birthday), I thought what better way to celebrate my son’s favorite thing and my Birthday all in one. If you are in or near Charlotte, North Carolina, the next party will be sometime in October and I highly recommend attending whether or not you have a son or a daughter. While my son was the only boy there, there was a large number of fathers and I could tell they were having just as much fun as their daughters. Princess Birthdays is a mobile party service for any special occasion and they make your children’s wishes come true!

The event space that the Princess Party was in was absolutely stunning and when Joaquín walked inside and saw all of his favorite princesses I have never seen a bigger smile on his beautiful face before. He had no idea who he should hug first? 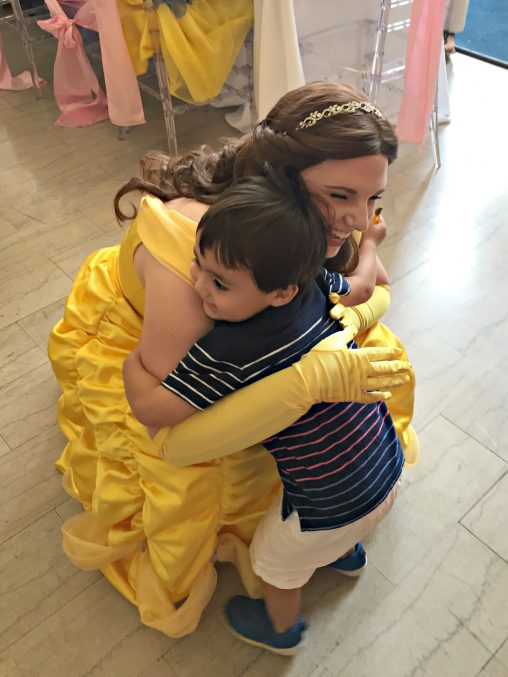 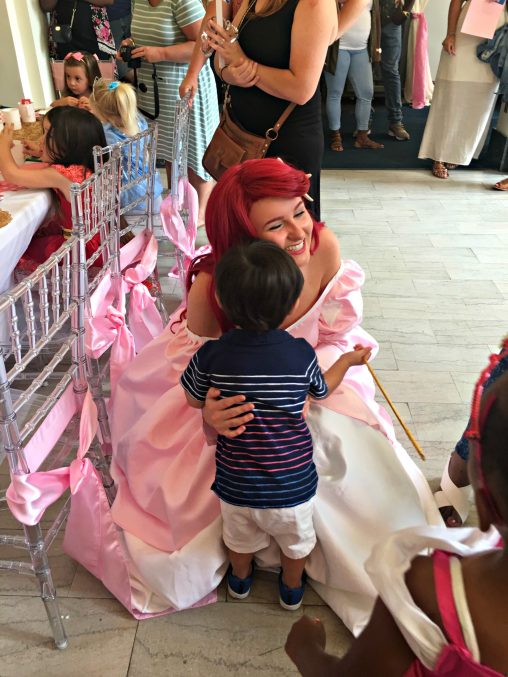 All of the little girls looked so gorgeous in their princess costumes! They had a quick tea, mingled with the princesses, and then decorated their wands. My little prince lasted about five minutes sitting at the table before looking for other (mis)adventures. 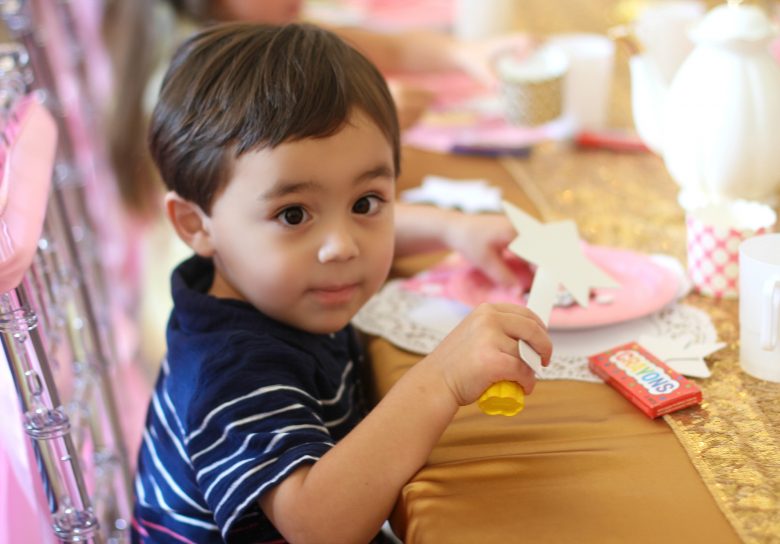 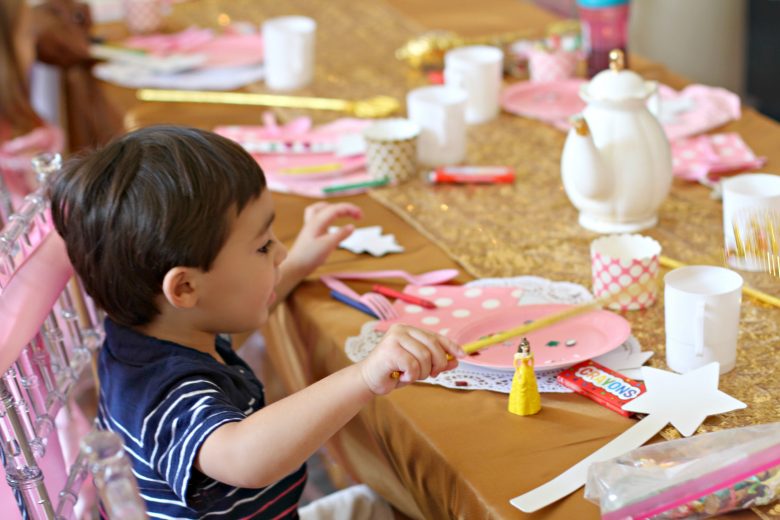 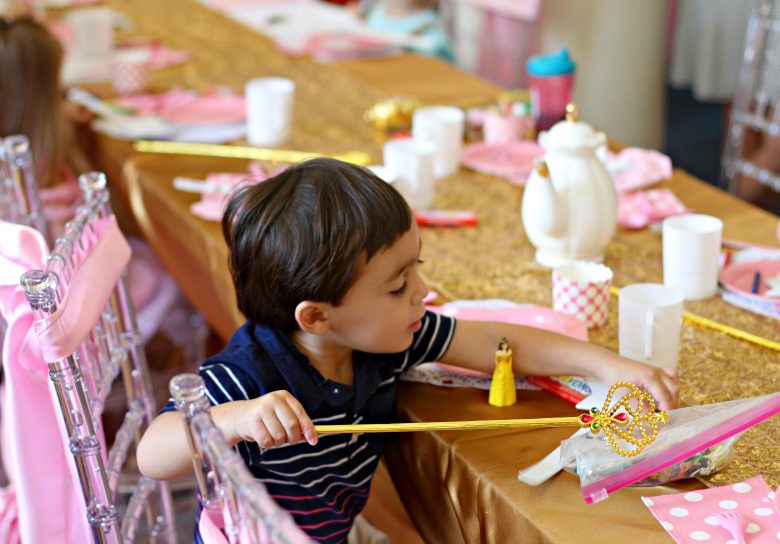 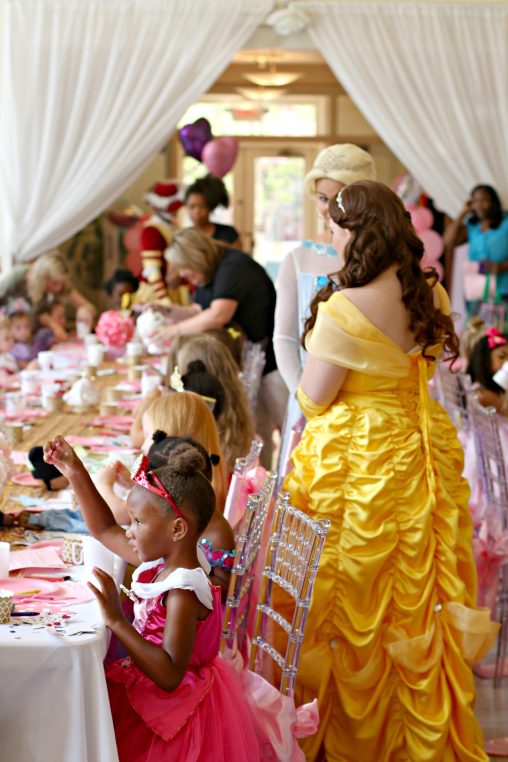 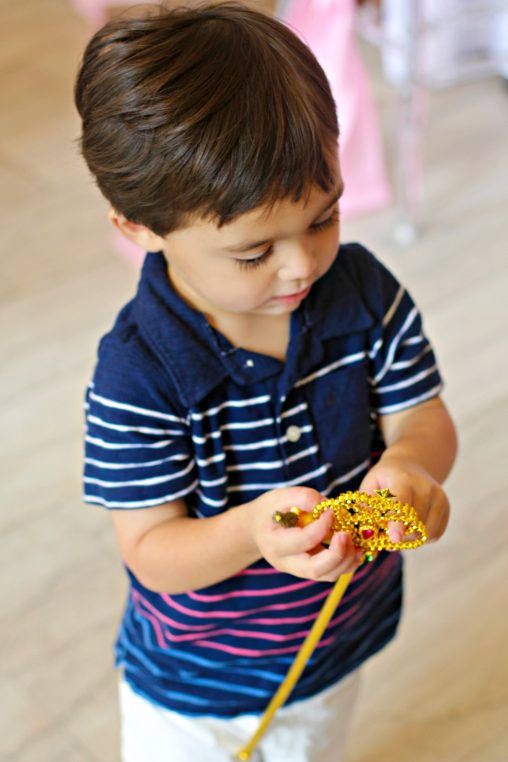 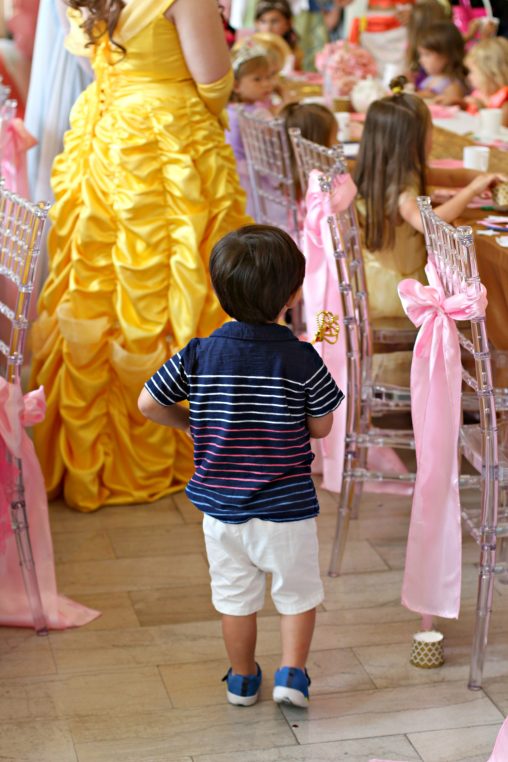 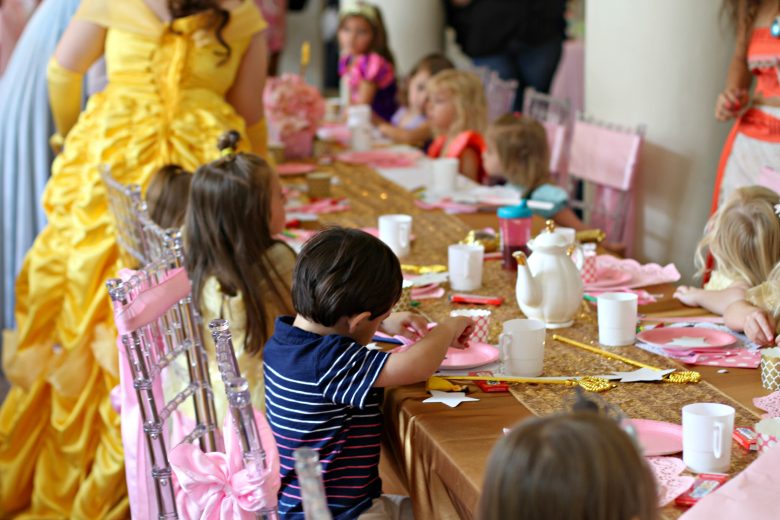 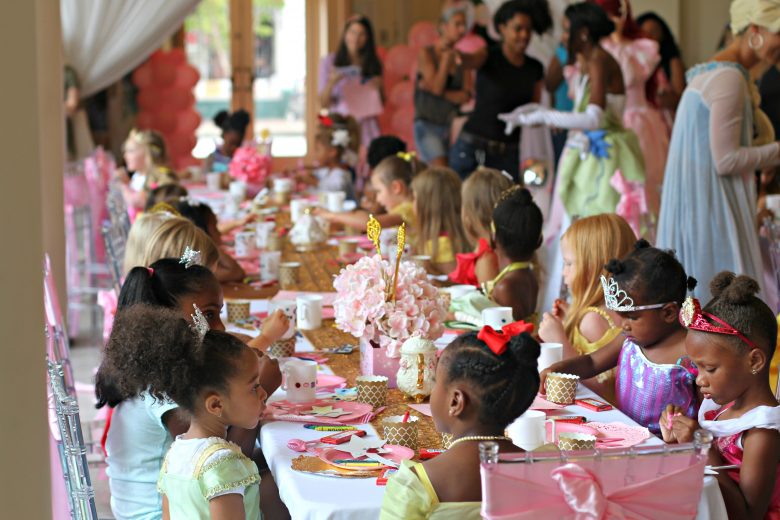 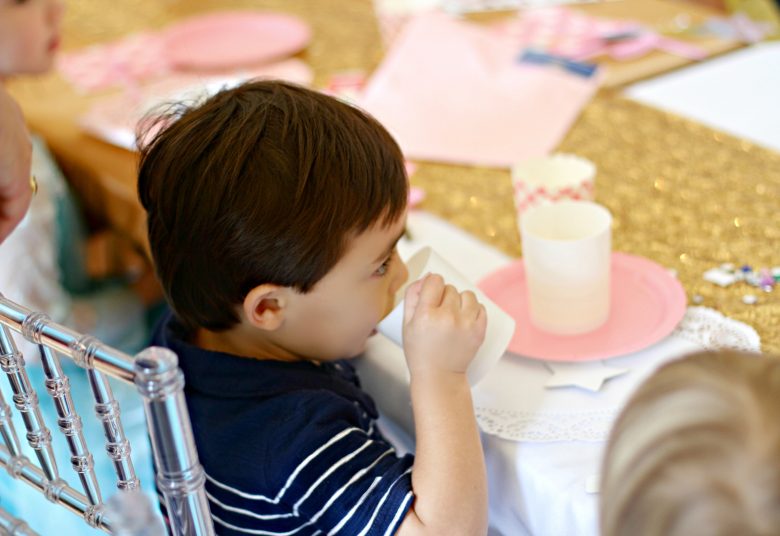 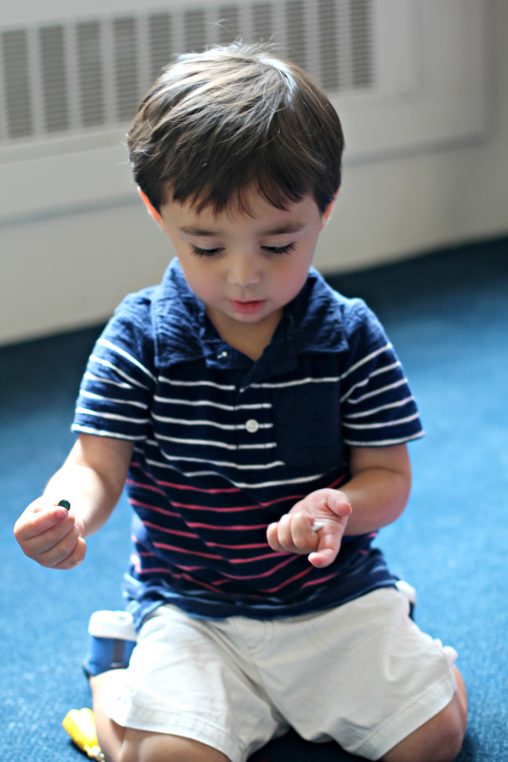 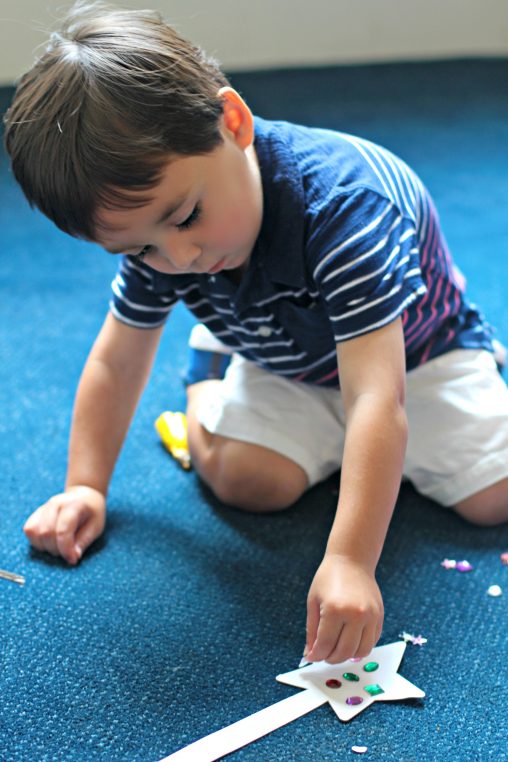 At the end of the party, every child was allowed to take a picture with all of the princesses. This was definitely his favorite part; to be surrounded by beautiful older women who thought he was adorable! 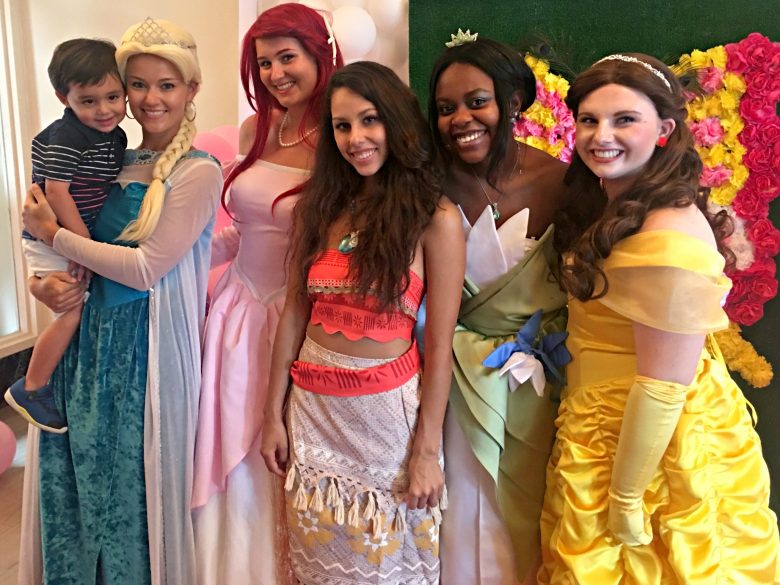 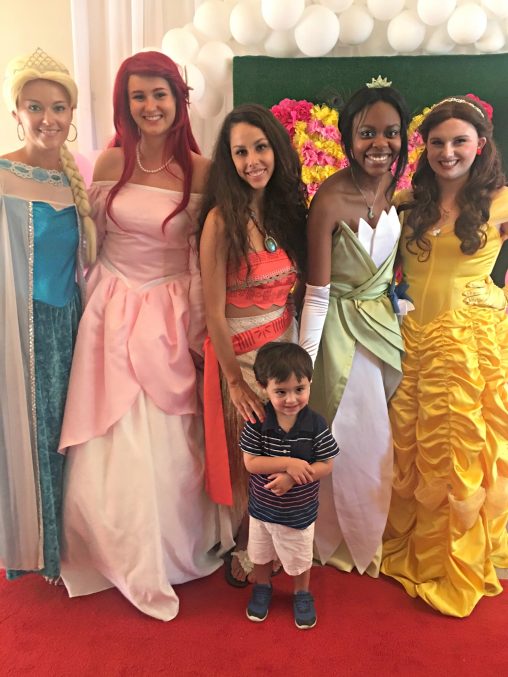 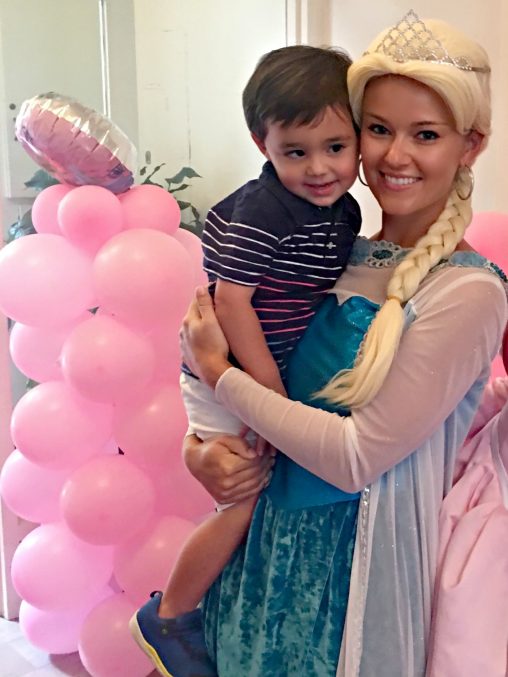 After being held by Princess Elsa for a couple of minutes, during the entire ride home he sang, “Let it go!” in her honor.