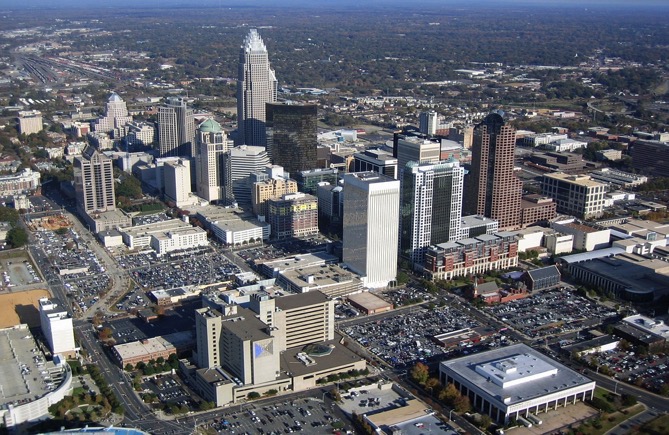 The lifestyle that comes with living in the suburbs of a major city is considered ideal to most young Americans. Being so close to the city offers great opportunities to further careers, while also being a great place to raise a family. With this in mind, you would think that millennials would flock to major cities such as Los Angeles or Chicago. However, Charlotte is actually one of the most popular destinations when it comes to millenials on the move. What makes Charlotte and its surrounding areas so appealing to millenials and why is the city attracting so many to move?

One of the most appealing aspects of Charlotte is its size. Charlotte gets the best of both worlds, as it possesses many of the job opportunities larger cities do, but without a lot of the negative side effects that come with a metropolis. Charlotte is large enough to be home to multiple firms and businesses, offering plenty of great opportunities to millennials trying to further their career. However, since Charlotte is not as large as its major counterparts you will not have to frequently deal with things like large traffic jams and overcrowded areas. Due to Charlotte’s smaller size, the cost of living in the area is much lower than it is in larger cities. This is great for millennials that have not yet reached the point in their careers where they can afford to pay thousands of dollars every month for rent, food, and transportation.

One aspect of Charlotte that is leading to millennials purchasing homes for sale in Charlotte, NC is the way the city is embracing the youth culture. Places like breweries and coffee shops are popping up all around the city, offering places for millenials to hang out and spend time. In addition, the city’s influx of young people has made the city more open and accepting, which is an extremely attractive trait for a millennial looking to move up in the world. This has been seen in other cities in the U.S, most notably in Portland and Seattle. Portland’s “Keep Portland Weird” campaign and Seattle’s embracing of the hipster culture has made those cities a hotspot for millennials. Perhaps with some time Charlotte will also become a bastion of youth culture like Portland and Seattle has.

Like the city’s cize, Charlotte’s climate fits perfectly on the middle of the spectrum and offers its residents the best of both worlds. With typically mild temperatures, Charlotte is a safe haven from the extremities that typically come with the seasons. Unlike northern cities, Charlotte is not plagued with freezing winters and large amounts of snowfall. In addition, summers are typically cool and mild, unlike southern cities that have to frequently deal with temperatures over 100 degrees. Younger people love the kind of weather that Charlotte has to offer, as it is perfect for doing outdoor activities year-round. With a great climate like this, it’s no wonder that millennials are flocking to Charlotte in droves.