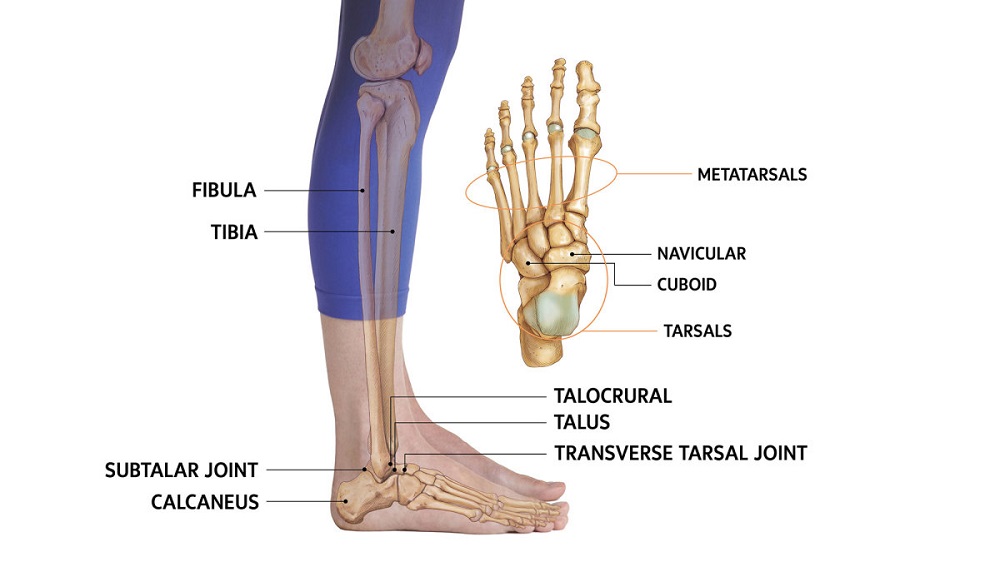 The ankle-joint fracture is often injured in adults. This joint is concerned with movements in the anteroposterior direction and during plantarflexion and dorsiflexion. While walking, the foot is fixed on the ground and any rotational violence tends to deviate the ankle from the normal anteroposterior movements. These abnormally directed forces are external rotation, internal rotation, abduction, and adduction which tend to produce undue strain on the joint. The external rotation tends to produce bony injury whereas internal rotation usually produces ligamentous lesion. Injuries can manifest in the form of sprain, rupture of the ligament, fracture, and dislocation of the joint. The nature of violence which produces these various lesions differs only in the severity of the force and with the increase of its character the seriousness of the lesion increases likewise.

Clinical examination: There are pain, swelling, ecchymosis on the outer aspect of the joint. Tenderness is elicited below the tip of the lateral malleolus.

Adhesive strapping is applied to extend from below the knee up to the metatarsal heads. The foot is placed in an everted position. Thepatient is encouraged to walk from the beginning. Strapping is removed after two weeks.

Rupture of the lateral ligament

This is produced in the same way as the inversion injury. The nature of violence tends to be more severe than the previous one.

There is usually more swelling and more bruising than the sprain.

X-ray: X-ray is taken under general or local anaesthesia after applying inversion strain to observe any gaping on the outer aspect of the joint space with a lateral tilt of the talus.

Treatment is based on whether the case is an early one or of the chronic variety.

Shoe appliance: Patient is advised to wear a shoe with the outer border raised and the inner side depressed.