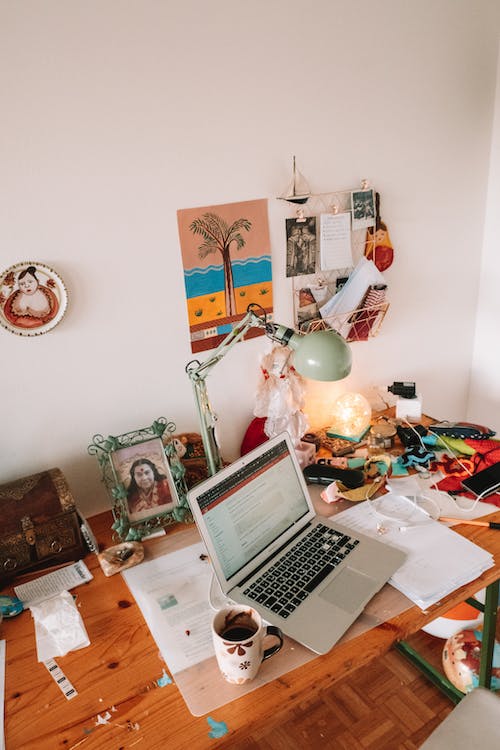 For many people, the shift from being in the office to working from home was immediate and (truth be told) quite slap dash in its approach. I already spent time between the office and working from home before the craziness of the last year has made it the norm for many people. The change saw people flipped from sitting at ergonomically designed office desks and chairs to balancing monitors on books; from meetings in the conference room to figuring out which corner of the house had the best communication for Zoom.

Now that we’re almost a full year into this new way of working, you should have hopefully made some changes at home to make spaces more work-friendly, if not for productivity, then at least for your posture and wellbeing. Working from home can be challenging, but there are means to make it work in your favour. I want to look at three components of working at home, which I think other blogs and magazines overlook. They are the kind of things hiding in plain sight, which can make your daily work feel so much better. Let’s start, like all mornings should, with a good cup of coffee.

One thing I miss about the commute to work is being able to pick up a fresh coffee on the way. And while it has been great for my disposable income (all those Starbucks add up), one bad habit I ended up picking up was coffee overload every day. When my office was cold (which I’ll get to next) I would be boiling the kettle and getting another cup ready like it was going out of fashion.

I used to be someone who had 2-3 cups a day, not realising it was becoming double that, with me getting coffee in the afternoon when I never used to. By the end of the workday, I was tired but also jacked up on caffeine. Luckily, I have managed to curb that with my 1-pot rule. The rule is to buy a really good bag of coffee (no store brand stuff), make one pot every morning with a French Press, and leave it in the kitchen.

It gives you an excuse to get up and move every half hour in the morning to get a top-up, and when the pot is finished (which is usually 2.5-3 cups max), that’s your coffee limit for the day reached.

It is bitterly cold in my neck of the woods as I type this, but my digits aren’t frosty at all. My home office is in what once was a spare bedroom. It is quite small and never seemed to heat up properly. Instead of keeping on home heating all day just so this space could get up to temperature, I opted for a small electric radiator instead. It looks and acts like a plumbed radiator, only you plug it in and turn it on. It heats itself and works like magic. They’re not even that expensive. Just look at some of the cheap electric options from Trade Radiators to see what I mean.

Trust me; if you’ve been shivering in the afternoon while trying to work, you’ll want to go electric right away.

I never understood people who would have two monitors at their task. If you have a good enough computer and know your way around alt + tab keys, what’s the point in that other monitor?

You might be reading this while working and have your laptop plugged into your monitor, using it as a screen, so you aren’t bending over to look down at your laptop.  I did just this for a while but found that it severely impacted my desk space (I use a small corner desk). After talking to a colleague about my screen woes, they told me it wasn’t the screen that was in the way, it was the laptop. I needed to flip this thing around, which is exactly what I did.

I got a laptop holder that is pushed back and up high to look directly at the screen, just like in the main office. I also lifted my keyboard & mouse from work. After just a few days, I could feel the tension in my shoulders die down from not feeling like the screen was drawing me in anymore. Honestly, give it a go, and you’ll quickly notice a difference.

Thanks for reading, and I hope these little tips can sparkle some ideas on making your home office work better for you.

Are you struggling to get a workout in after work? Who can blame you? Sticking to a routine, especially a healthy one, can be hard. Make sure you stay on top of things by checking out these health and fitness tips to lead a healthy lifestyle.