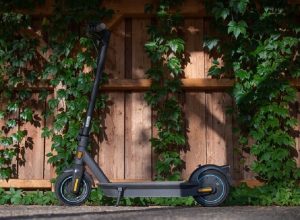 Image by aixklusiv from Pixabay

All it takes is one search online and you’ll see people getting excited about the 60mph capabilities of this new scooter from Kaabo. But does the e-scooter live up to the hype? Should you buy an electric scooter in Australia?

If you aren’t too bothered about portability, the Kaabo Wolf King is one of the best e-scooters you’re likely to come across wherever you are in the world. This might sound like an exaggerated statement, but you’ll see why everybody is making this claim today.

Firstly, it has the best acceleration and top speed tested by most experienced brands and reviews websites online. In one test, it took less than two seconds to reach 24kmh. Its top speed measured nearly 96kmh (close to 60mph) and the braking distance from 24kmh to zero was just three metres. Therefore, the model offers not only speed but also flexibility and safety. Far from a reckless e-scooter, the brakes are strong, and the unit feels secure underfoot.

You might find scooters that reach top speed faster, but the top speed itself is quicker than other models. If you want something with faster acceleration, the Apollo Pro Ludo just beats the Kaabo Wolf King in this regard.

For a while, the top speed of e-scooters plateaued, and users thought that manufacturers might have reached the ceiling. However, the Wolf King climbs a whopping 20kmh higher than the Currus Panther.

Of course, it’s not all about speed; you don’t want an e-scooter that can only go 20km. During testing, average performance tends to put the Wolf King at between 50km and 55km in standard environments. In terms of the ride itself, consumers seem to love the Kaabo Wolf King, but this is no surprise after similar reviews for the Wolf Warrior 11 and other models from Kaabo.

Beginners might struggle with the sheer speed and acceleration (the Kaabo will leave whether you’re ready or not!), but it’s then stable once up to a comfortable speed. The more you understand the power of the scooter, the more stable the ride becomes. If you’ve previously struggled to stay straight at high speeds on an e-scooter, this could be the one for you.

Why does it perform so well? For one thing, the suspension is strong and the frame itself is sturdy. What’s more, you have a brilliant combination of huge brakes and chunky tires. The construction of the whole model makes the Wolf King more responsive than most e-scooters.

No e-scooter is ever perfect, so it’s time to discover the one problem that users might encounter. Yes, you can fold the Kaabo down. But does it really make a difference? Not too much (sorry!). The folding mechanism is a little tricky to master and, even when folded, it’s still a chunky unit. Due to the way it folds, it’s shorter when upright than when folded. If you plan to take your new e-scooter wherever you go, be prepared to make sacrifices due to the size and chunkiness of the Wolf King.

As well as the frustrating folding mechanism, the scooter also weighs around 47 kilograms, so lifting it alone isn’t as easy as it might be with other scooters.

The Wolf King is fast, sturdy, and rides well. On the other hand, storage and portability are a problem. This being said, it’s hard not to like the attached lights, clean cockpit, huge tyres (off-road tyres are also available), rubberised deck, and thick kickstand.

The Wolf King might just be the scooter that encourages all other manufacturers to reinvest and launch better products – it’s certainly a fun ride!

She also shares her writings on GlobalMomsMagazine.Com