Surprisingly, I did not wake up with a nasty hangover, which I would have bet a million dollars would have been the case (I consumed a bottle of champagne and four caipirinhas the previous night, as well as quite possibly some shots of cachaça, but my memory is a bit foggy). Since I had already missed half the day sleeping, I decided to quickly get ready so that I could fit in some sightseeing before the sun went down. 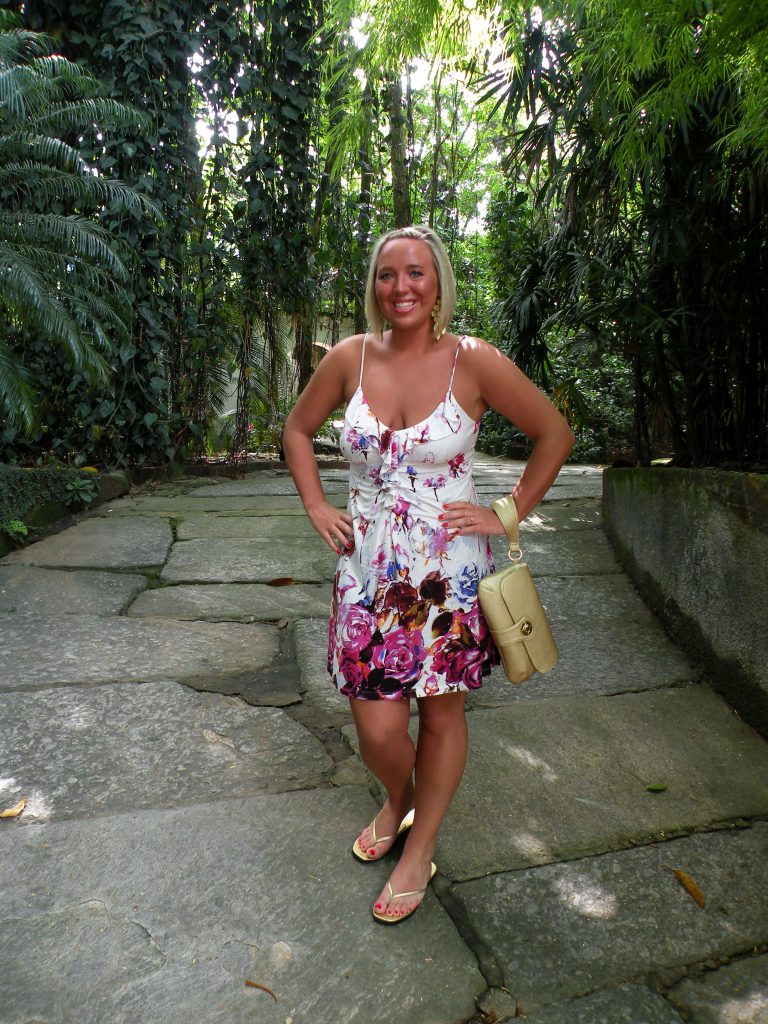 I decided to walk to the train station that would lead me to O Cristo Redentor, or Christ the Redeemer. It was about a ten minute walk, however it took me about thirty minutes, since of course I had to stop and take pictures of every interesting thing along the way. My first photo opportunity was the crumbling and colorful mansion outside of Casa 32. It just begged me to take its photo! 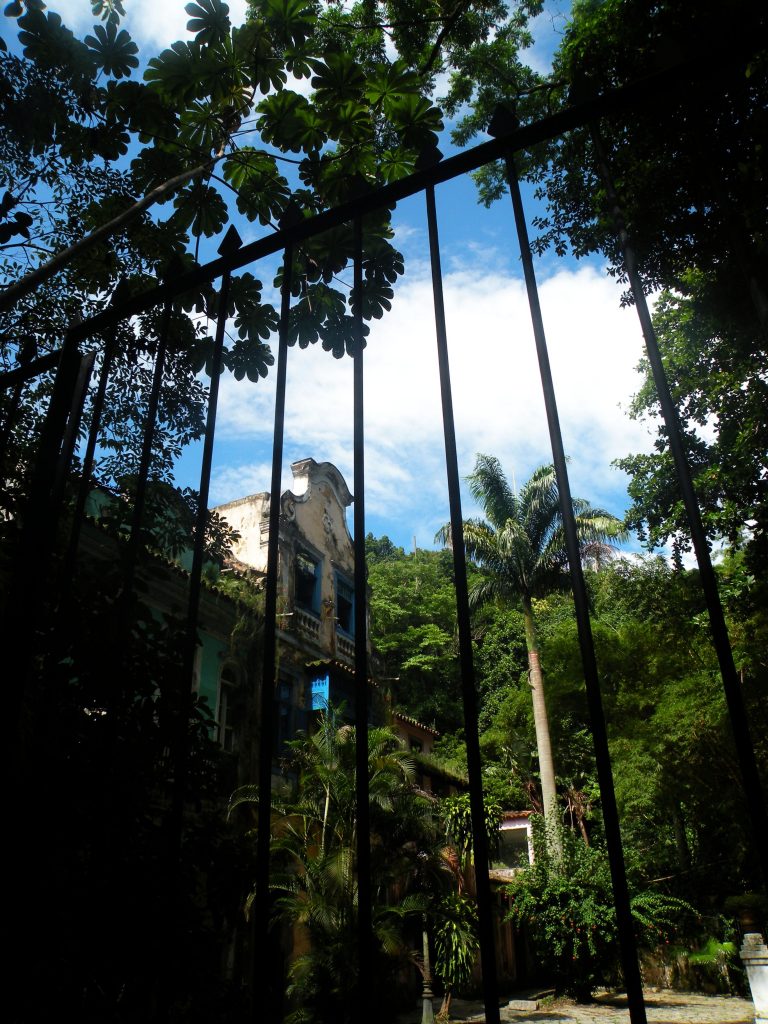 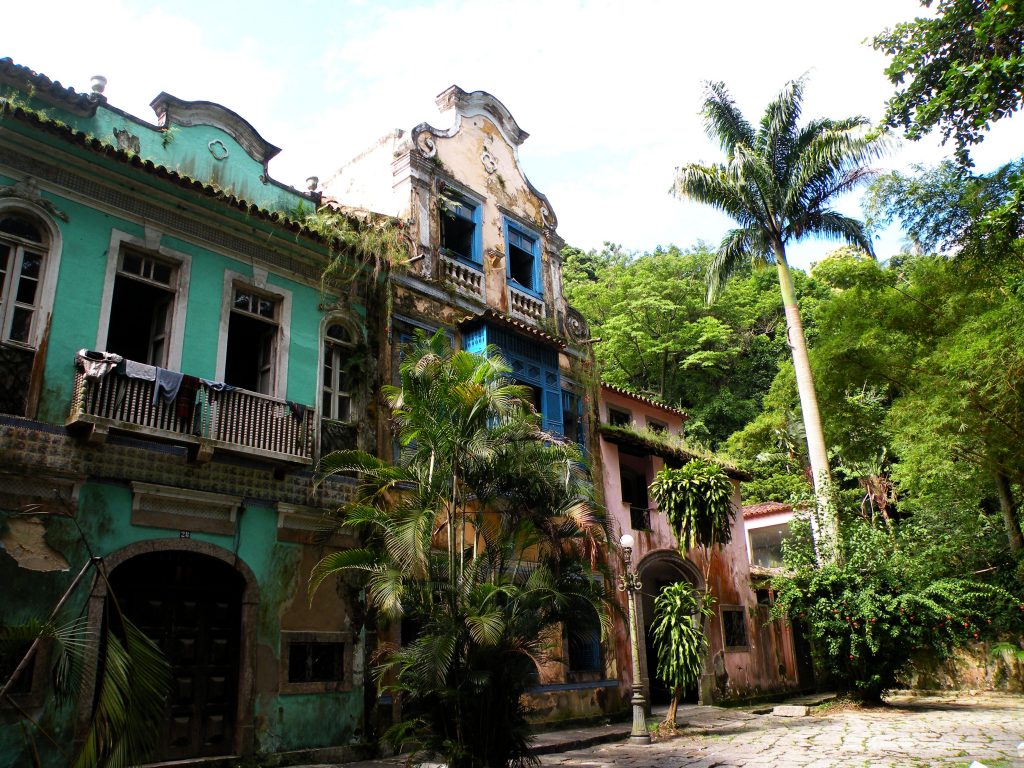 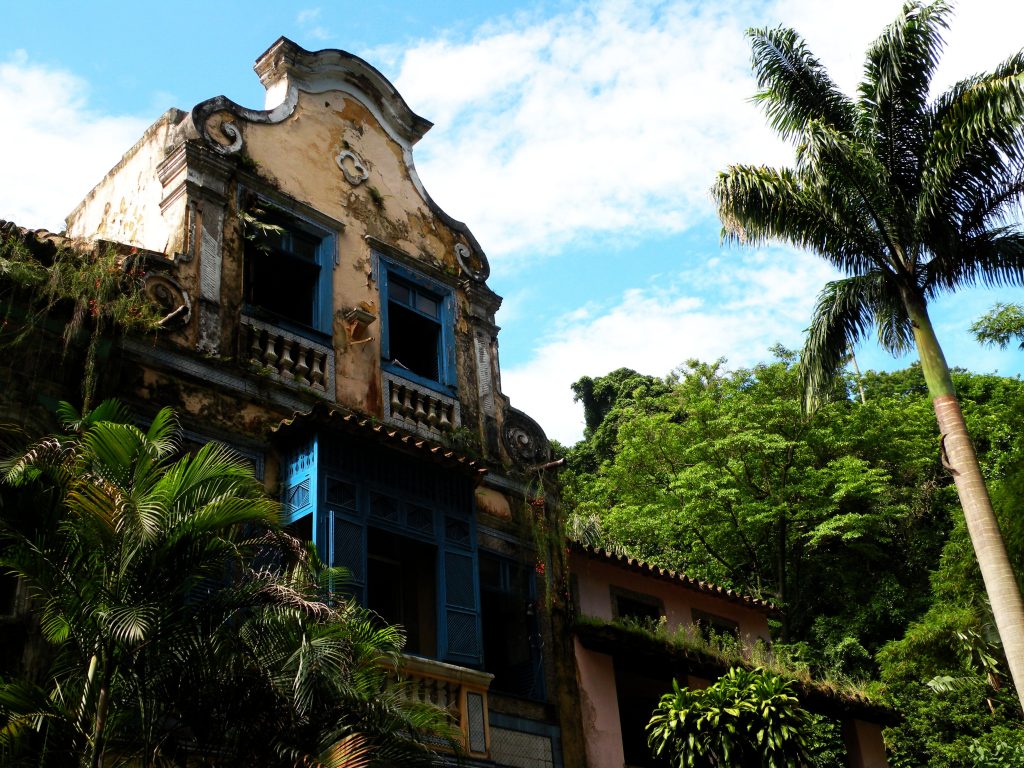 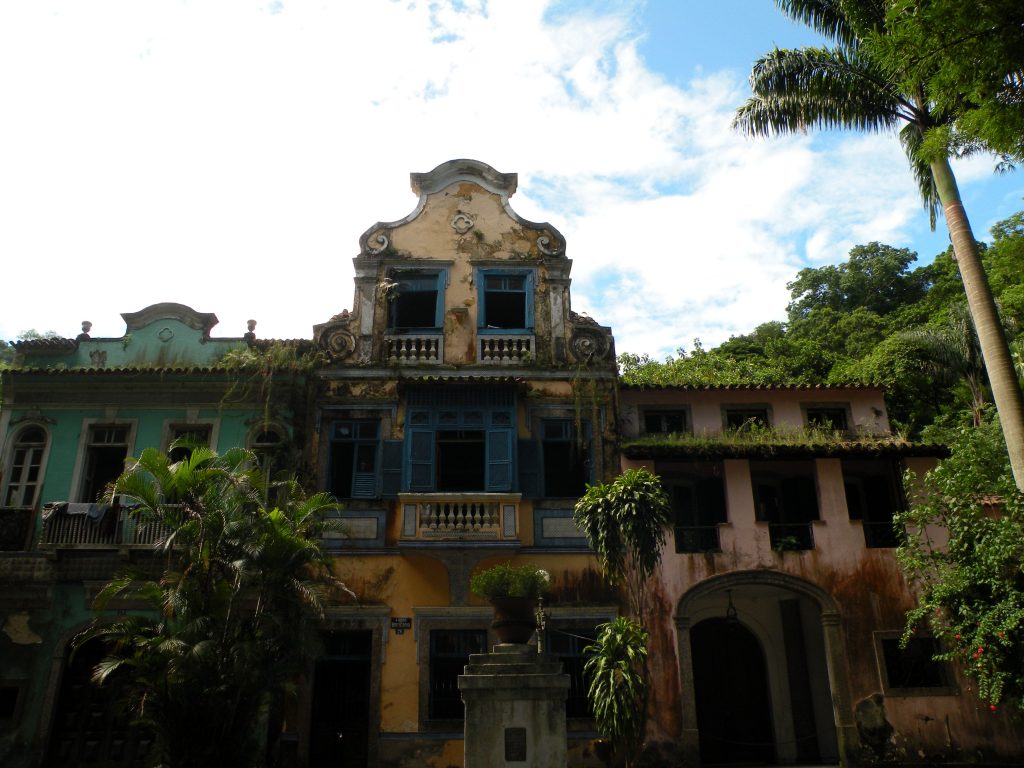 The owners of my pousada warned me that the people who lived inside the mansion were crazy and that I should avoid them. I could not help but wonder if these people had some pretty fascinating stories to share. Too bad I do not speak Portuguese!

My next photo opportunity was a graffiti covered wall that was simply too long to be photographed entirely. Thus, I chose my favorite section. If someone can explain the naked woman giving us the middle finger, I would love to hear your explanation. 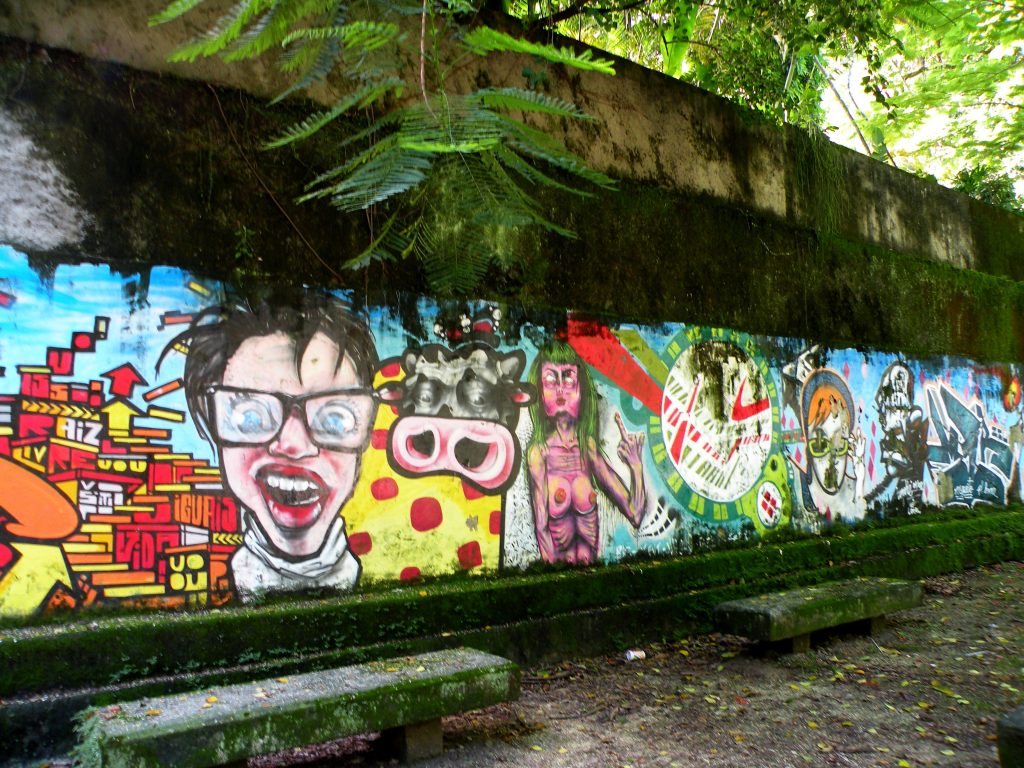 When I finally arrived at the train station I was greeted with a gigantic line of people. I was promised that the wait was only one hour long, so I decided to join the line. I realized after about thirty minutes of not moving, that in fact it was going to take many hours. I found an attendant and after a little bit of flirting on my part he confessed that it would probably take about eight hours. Eight hours!? He said that I should come back at 7AM the next morning to avoid the same situation. I wanted to see this Wonder of the World, except not bad enough to wait eight hours underneath the blazing sun. I decided that I would return the next day like he had suggested.

I walked back to my pousada and made a couple of calls to my friends. They told me that they had just arrived at Copacabana beach and that I should join them. I hopped in a taxi and soon my next photo opportunities presented themselves to me. 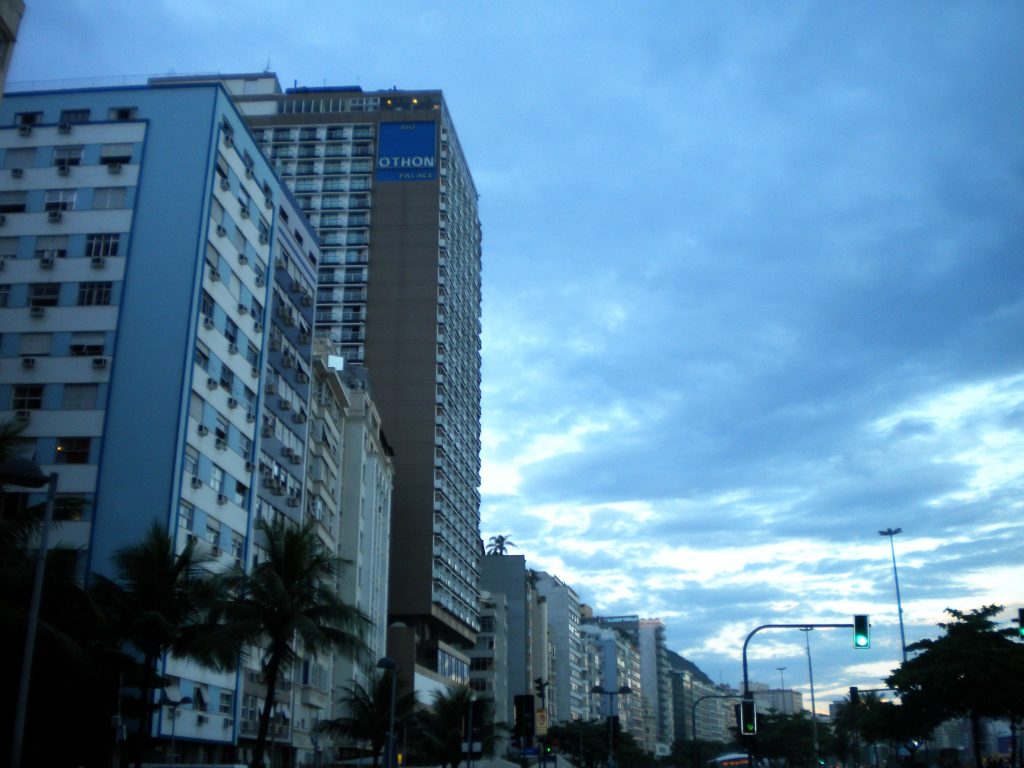 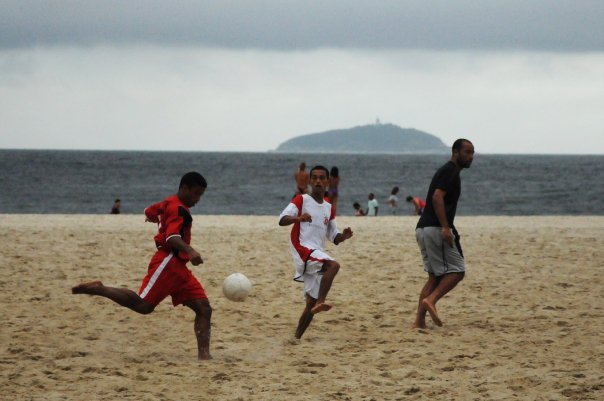 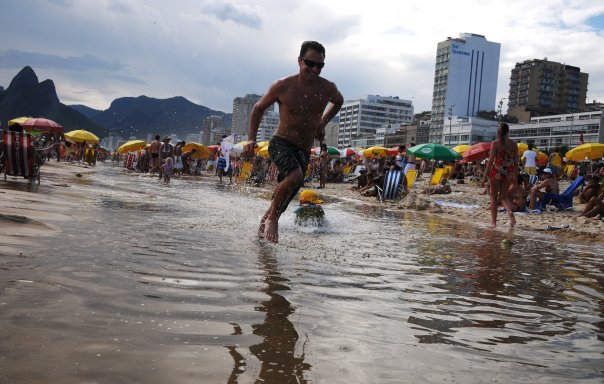 The sun began to set behind the mountains and the beach was illuminated with a myriad of colors. I wish that I had brought my better camera with me, but I do not think any camera would have been able to really capture the beauty that I was witnessing. 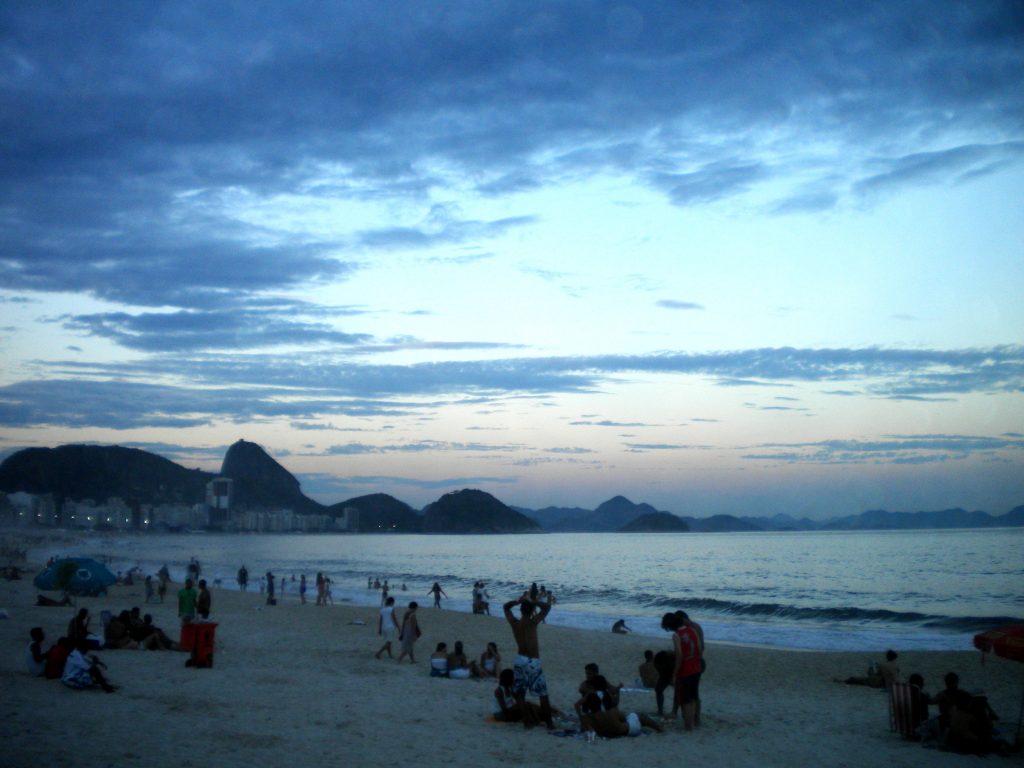 I spotted my friends at a cafe on the beach and joined them. Within minutes I had a caipirinha in my hand and I was one happy lady! 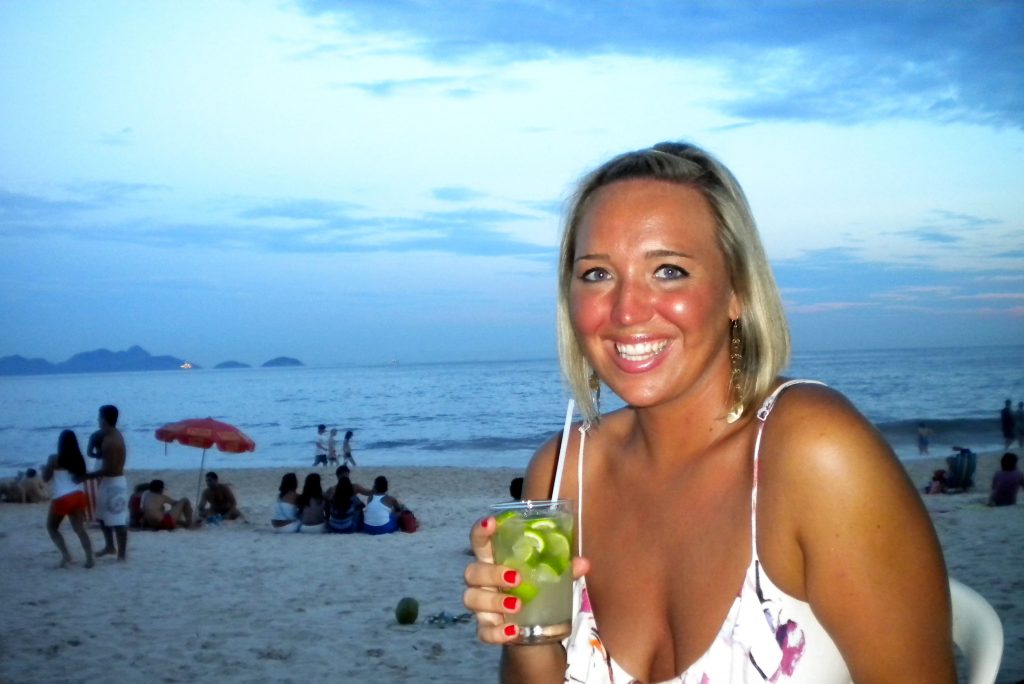 One of the people I was with was my Brasilian friend, Alberto. He and I had met each other three years earlier in NYC through Couchsurfing and had kept in contact through Facebook. I  promised him year after year that I would visit Brasil. I think he was starting to lose faith in me, especially when he saw my status updates saying that I was traveling in neighboring countries. Nonetheless, I kept my promise, like I always do, and it was nice to catch up with him in person. 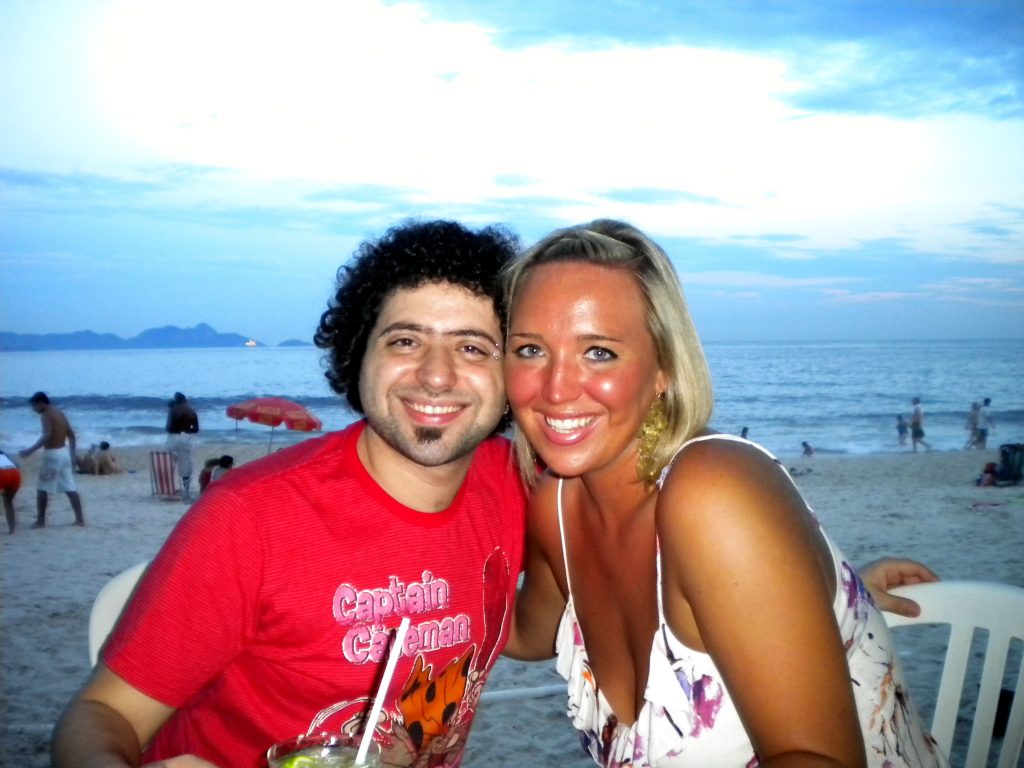 I also got to meet some of his other lovely friends. I really connected with two of them from Israel, so much so that we agreed to spend the following day exploring the city together. We all then ordered this interesting dish called, “ice cream pizza.” It is pizza that is fashioned to look like an ice cream cone; the crust is the cone and stuffed inside, like the ice cream would be, is cheese and various toppings. It was an excellent compliment to the caipirinhas. Before we left the cafe to meet other friends at a different bar, I was afforded one last photo opportunity. 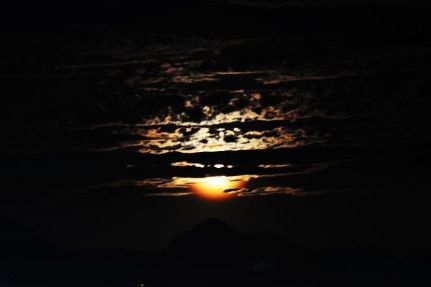