Having lived most of my life in North Carolina, I found it quite surprising that I had never once heard of the city named Little Washington. What a shame it took me almost 35 years to discover this hidden gem located on the northern bank of the Pamlico River! My husband, mother, and I decided to take Joaquín there for a weekend getaway, once the destination became on my radar. Lucas and I want to travel with our son overseas soon, so we have been taking him further and further away on each trip and to our surprise and delight every vacation thus far he has been perfect.

A lot of my readers have been following me since before I was even married and I would blog about my solo sojourns to exotic far-off places. Then they continued to follow me along on my romantic adventures with my Argentinean love. Now my trips are completely centered around Joaquín. I understand that for some, a lot of the tips that I will share will be either useless or can be bookmarked for when/if they become parents, however my goal all along was to always find a way to make travel a huge part of my family’s life (whatever my family ended up looking like) and I wanted to inspire others to travel with their families as well. So, that is why I am going to share as much helpful advice on traveling with children as possible from here on out.

From Charlotte to Little Washington is about a four hour drive. We picked up Joaquín after pre-school and let him watch a movie on his DVD player. Once he finished his first movie, we got out for a stretch in the town of Wilson, North Carolina. Thankfully, they had a Target for him to run around in for about an hour. We bought him a couple of cute t-shirts to wear on the trip and then it was time to get back into the car. Again, we let him watch another movie on his DVD player and by the time his movie was ending we were pulling up to the Hampton Inn Washington. There are a number of quaint B&B’s in the area, but for us this was a much better option with a toddler. The sunset on the river was breathtaking and it was definitely a nice reassurance that we had arrived at the right place at the right time! 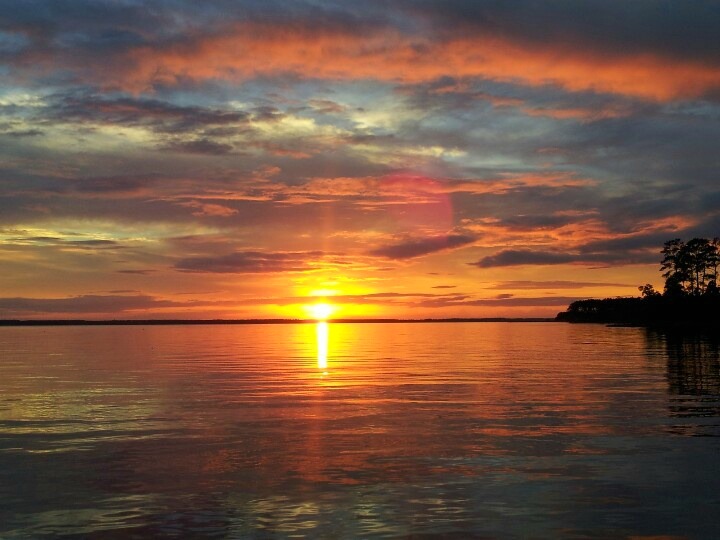 Since it was right around Joaquín’s bedtime, my mother decided to give him a bath and snuggle with him during the night in one room, while Lucas and I got some much needed peace and quiet in another room. We were too exhausted to explore our dining options and thus decided to order in.

We all fell asleep that night so excited to explore the first city in the United States to be named after George Washington!