On February 14th, lovers exchange candy, flowers, and gifts in the name of St. Valentine as tokens of their affection. Fortunately, you can show your love without breaking the bank. 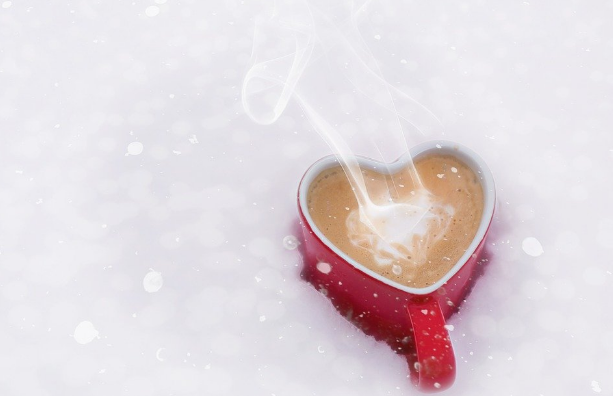 On February 14th, people across the globe come together to celebrate love and all thanks to St Valentine’s. Although exchanging gifts, flowers and chocolate also became a part of the tradition, there are many budget-friendly ways to rejoice in this holiday.

Believe it or not, the story of Saint Valentine is as mysterious as a story can get. We do know that February has long been celebrated as a month of romance and that St. Valentine’s Day has pieces of both Christian and ancient Roman tradition.

Whether you prefer the version of a heroic prisoner who sent a love letter signed as “Your Valentine” to his loved one or a priest who married young lovers in secret because the emperor decided that single men made better soldiers, the bottom line is that Saint Valentine embodies a sympathetic, heroic and above all, romantic figure.

Skeptics say the date was chosen in an effort to “Christianize” the pagan celebration of a fertility festival called Lupercalia. Fortunately, we no longer sacrifice goats for fertility and dogs for purification to ward off evil spirits so feel free to avoid reading up more on that as that part of the story takes the romantic buzz out of it. But the fertility concept can stick around as, during the Middle Ages, it was commonly believed in France and England that February 14 was the beginning of birds’ mating season, so romance really does seem to be in the air.

The oldest known valentine proof still in existence today was a poem written in 1415 by Charles, Duke of Orleans, to his wife while he was imprisoned in the Tower of London. Several years later, it is believed that King Henry V went to the great lengths to impress Catherine of Valois by hiring a writer named John Lydgate to compose a valentine note for her. By the middle of the 18th century, it was common for lovers of all social classes to exchange small tokens of affection. Improvements in technology made it even easier for people to express their emotions in a time when direct expression of one’s feelings was not encouraged. Today, the Greeting Card Association estimates that about 145 million Valentine’s Day cards are sent each year, making Valentine’s Day the second largest card-sending holiday of the year after Christmas.

One of the perks of not living in the Dark Ages is that we get to live in a world where we at the very least have the freedom to express our emotions, although even to this day, we have not become a society that fully embraces this rare gift of being human. Fortunately, you can do that easily even on a budget. Using a little imagination, you can make your Valentine’s day a little more fun and a lot less expensive.

All you need is a heart-shaped cookie cutter. You can even make a little romantic picnic on the floor.

Have your Valentine begin the day with an intriguing e-mail that will contain the first clue. Leave clues all around the house, the car, or even outside. Use your imagination.

Celebrate Valentine’s Day any other day after February 14th.

On February 15h, everything will be half-off.

Leave the “Why I love you” message all over the house.

Leave a message on each Valentine card and hide them all over the house for your sweetheart to enjoy the gift for months.

All that you need to pile up your savings is to practice healthy money management skills. With a few simple tweaks, your savings will add up to a significant amount in no time.

This golden rule can be applied to literally anything you choose to buy. Whether it is making sure you have a cheap electricity provider or comparing brands and products, price comparison can save you a significant amount of money.

Do more stuff at home

Make your coffee at home and make a ritual out of it so you get to enjoy it more than a takeaway. Cook instead of eating out. Looking at some tutorials can also inspire you to delight your Valentine with a five-course meal. If you are not too fond of cooking, there are many Chefs out there like Jamie Oliver that simplify the process with the result still being delicious. If you plan out your meals every week, you will also be less tempted to buy a box of cookies in the supermarket, along with other budget-draining treats.

Cancel any unused memberships and subscriptions, especially those you forgot you even signed up for. Replace watching Netflix for a month by listening to free podcasts instead, you might even learn something valuable along the way. Cancel the gym and discipline yourself into doing some of the ton-free fitness routines on YouTube.

Valentine’s Day is the day when romance is in the air. You can have a memorable Valentine’s Day without spending a fortune! All you have to do to make it extra special is to be creative because the simple things are the ones we get to hold dear in our hearts for a lifetime.