I was not going to write about the day my husband became a United States citizen, as I had already blogged about the harrowing journey we had both gone through to get to this moment and I did not want to say anything more on the subject. However, I found the Naturalization Ceremony incredibly inspiring, which I was not expecting, thus it made me rethink about sharing the experience.

Since the day we began Lucas’ paperwork to secure his fiancé visa over five years ago, we have faced one problem after another. It was during this period, where I began to strongly dislike my country. I had always had a love/hate relationship with the United States, but now the hate was starting to build. When I would hear foreigners complain about America, I would agree with them instead of defending my homeland. What is so special about a country that makes it ridiculously complicated for its own citizens to marry foreigners? What is so special about a country that makes my husband feel like a horrible human being every time he wants to leave or enter the country that he pays taxes to? And the fact the government was making him give up his Argentinean citizenship, well, it disgusted me!

However, life is always full of surprises, and I am so grateful that Lucas’ Naturalization Ceremony turned out to be as lovely as it did. It definitely reinforced our belief that Lucas was in deed making the right decision to become an American. 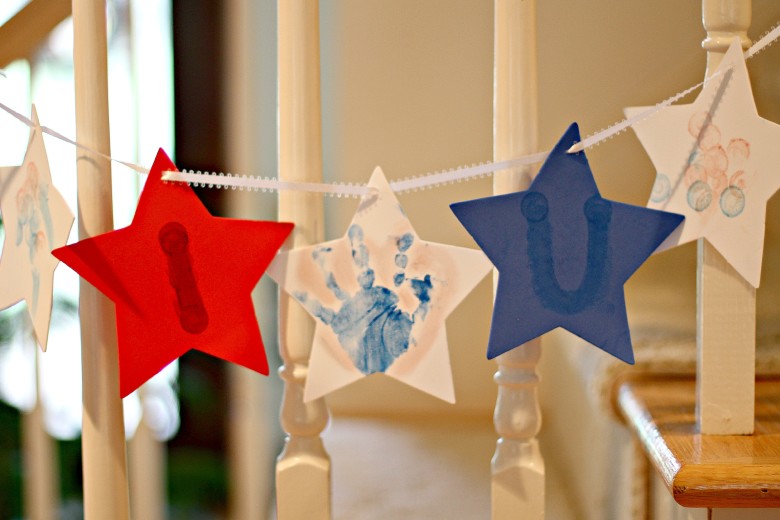 Joaquín surprised his Daddy with an adorable handmade banner right before the ceremony. He was, after all, the main reason that Lucas was becoming a citizen of the United States! 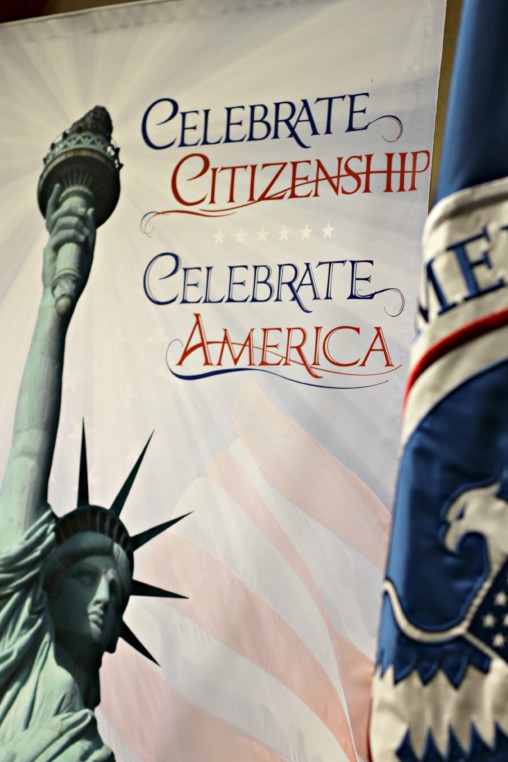 The ceremony commenced with a guest speaker named Master Sargent Joseph Laskowski. As he started to speak, my attention was solely focused on Joaquín. However, bits and pieces of his speech caught my attention and I quickly began listening to him.

He asked everyone to take a minute to remember “your story” — the story that brought you to this very moment. Lucas and I looked at each other from across the room and we both had tears in our eyes. When you become parents, it is very easy to forget about your life before the baby arrived. We are definitely guilty of that. This was a nice reminder of the intense, passionate, and unconditional love we share for each other, which resulted in us getting married and Lucas immigrating to the United States.

Mr. Laskowski admitted that “your story” was probably was filled with ups and downs dealing with immigration. That it is not easy to walk in an immagrants shoes. I noticed I was nodding my head up and down in agreement. What he said next completely caught me off guard. His exact words were, “Get your story out! Do not be silent. Let your voice be heard. That is what makes America the best country in the world. If you had problems becoming a citizen let people know. One of the ways your voice is heard is through voting. Another way your voice is heard is through social media. Start a blog! Tweet your story out! Put your story on Facebook!” Then he listed on a projector every social media handle that is run by the United States Citizenship and Immigration Services. There is even a hashtag: #newUScitizen. 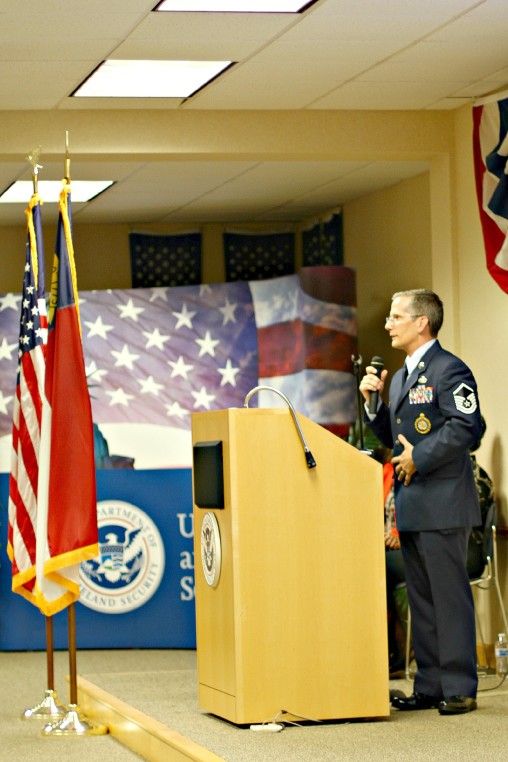 Then each person was asked to stand as their country of origin was called in alphabetic order. Argentina was the first to be named. There stood my gorgeous husband. I knew he was nervous, but proud of himself at the same time. 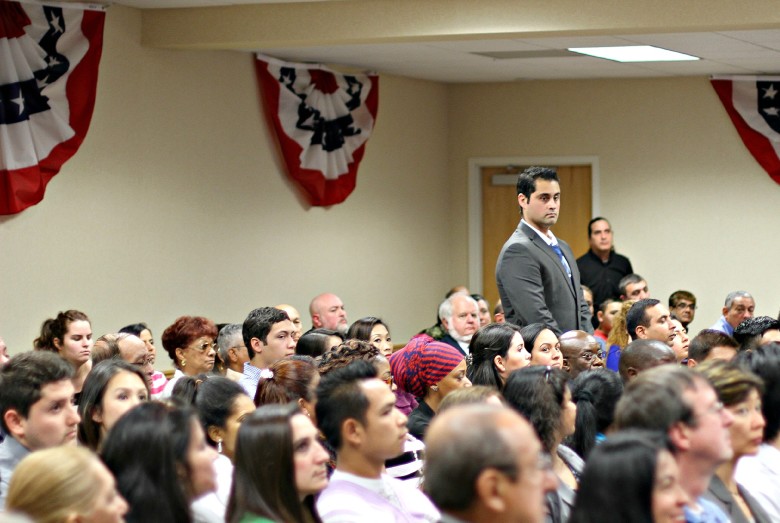 Once the Oath of Allegiance was administered, they asked for everyone to sit down and for anyone who was once in or is still in the armed forces to raise their hand. My 85 year old grandfather raised his hand. He had joined the United States army in his early 20’s in order to escape the Nazi regime in Germany. He too was an immigrant and could understand what Lucas was going through. It was such an extraordinary experience for me to think about my family’s history leading up to this day. 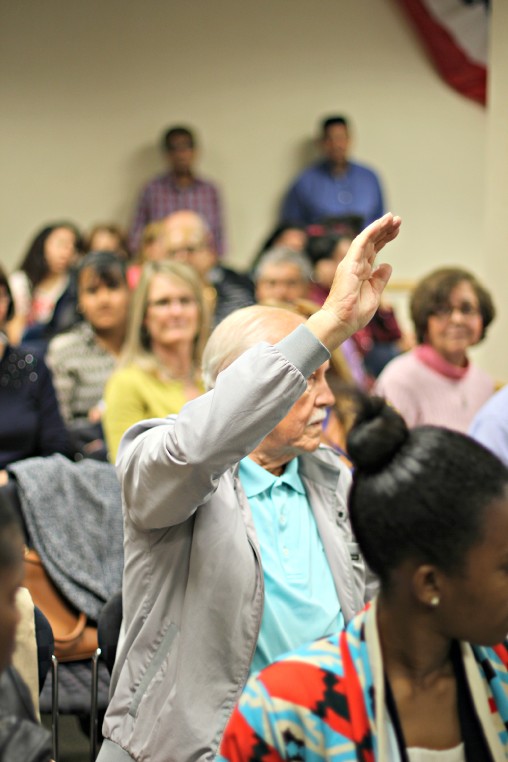 The flags were then taken down by the 145th Airlift Wing. 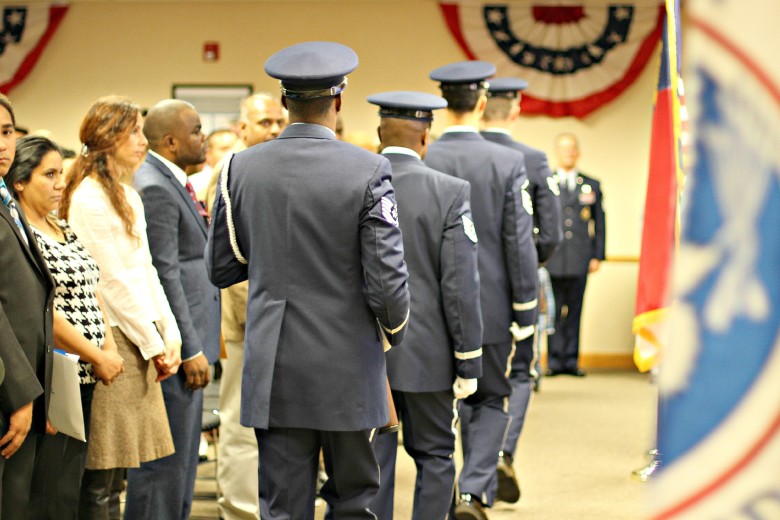 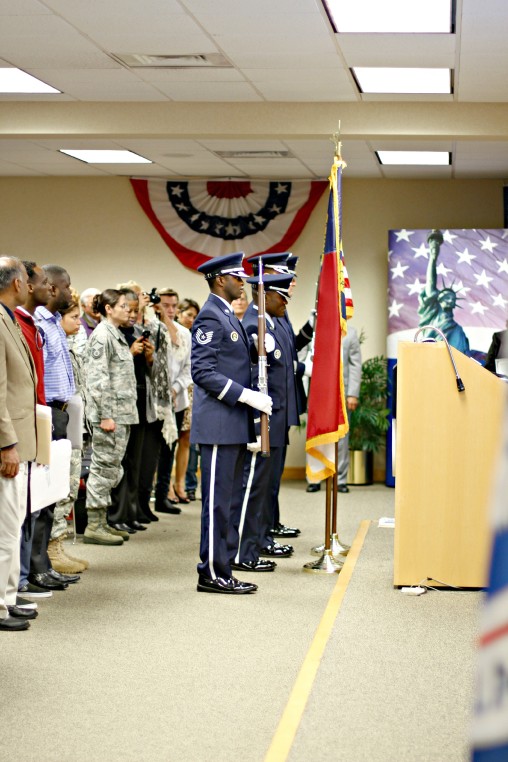 Finally, the certificates of citizenship were presented. All I could think about is how powerful of a statement of love this is for our son. Lucas gave up his citizenship simply for him. Not a lot of father’s can say that. I hope one day Joaquín will realize how blessed he is! 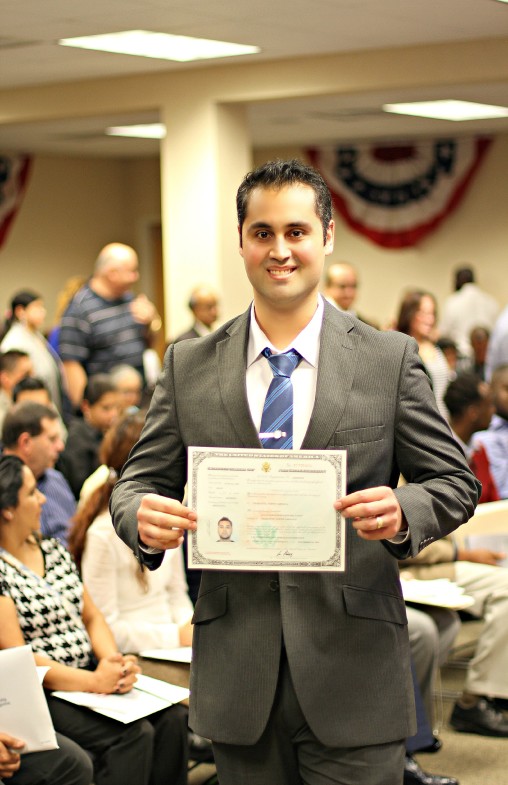 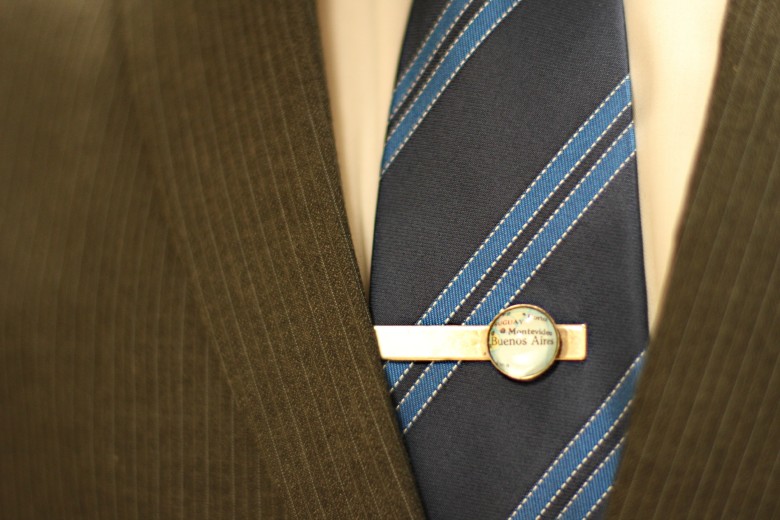 I was not the only proud person. Joaquín gave his father a huge high five when he saw him! 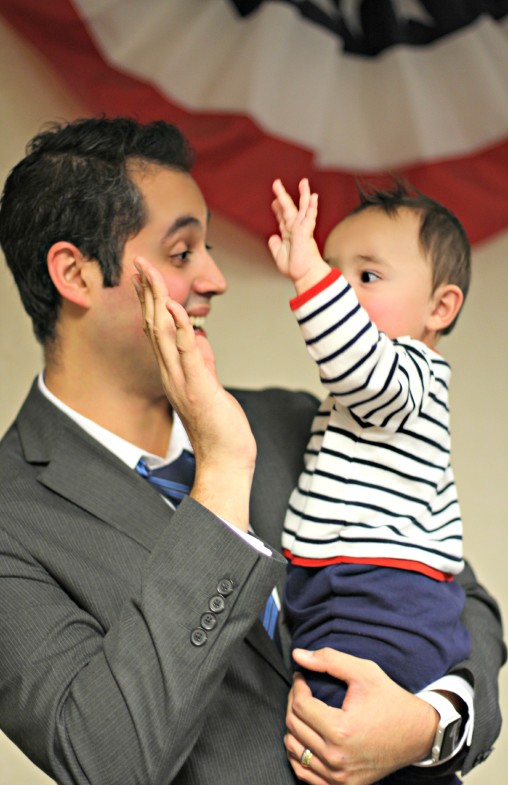 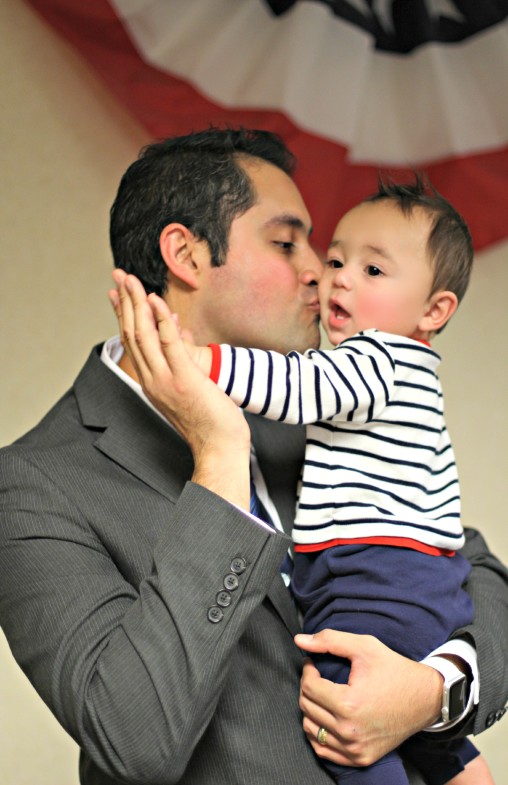 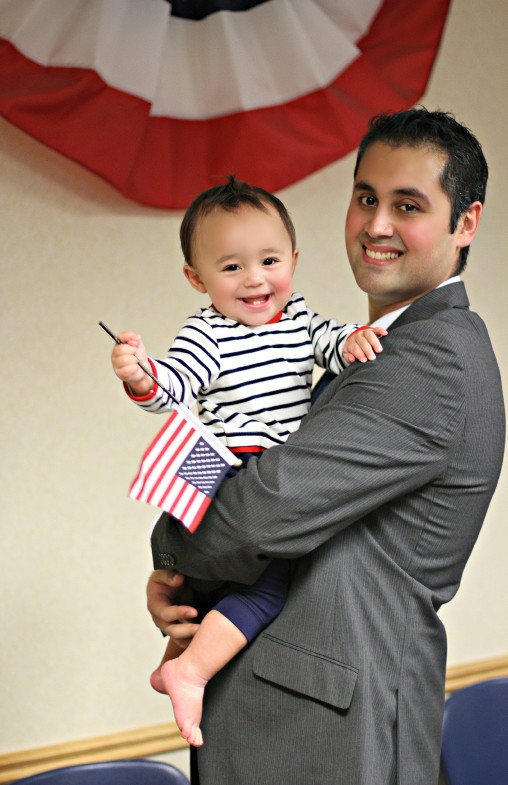 The United States has no idea just how lucky they are to have Lucas as one of their newest citizens. Now it is time to apply for matching passports!