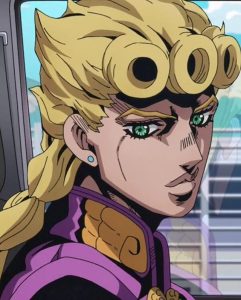 The very first type of media we are exposed to as kids is animation. Everything is made possible with animation, from magical kingdoms, talking animals, robots, to ghouls and ghosts. Over the years, animation has become a staple not only for kids but for adults as well. Here are some of the best-animated movies of all time.

Beauty and the Beast tells the story of a prince cursed to be forever a beast. The only way out of the curse is to find true love-a tale as old as time. Like most Disney films, the movie is filled with songs and dances. The movie was both hand-drawn and computer-generated. Worldwide gross for the movie reached US$425M. It also received 2 Oscar awards, 3 Golden Globe awards, and 5 Grammy awards.

Snow White is one of the earliest animated movies released by Disney. It is based on a story by the Grimm Brothers. It follows Snow White, the fairest one of all, as she flees in the forest from her evil stepmother. There, she meets his prince and the seven dwarves. The film was tremendously successful. It was even deemed as historically and culturally significant by the US congress.

The two Frozen movies saw commercial success and won various awards. The movies are 3D generated computer-animated musical. The movie is loosely based on Hans Christian Anderson’s “The Snow Queen”. Both of the movies grossed more than US$2.5B together.

Another successful movie from Disney, first released in 1994. The story follows a young cub who was tricked by his uncle, thinking that he was responsible for his father’s death. When he becomes an adult, he returns to the pride and faces his responsibilities and reconciles with his past. The original movie gained much success, grossing almost US$1B. In 2019, the movie was remade from the traditionally animated version into a computer-generated live action. The film received even more success, grossing US$1.6B worldwide. It is currently the best selling animated movie. Both versions of the film also received various awards and nominations.

The Toy Story series is one of the most loved animated franchises. The story revolves around the toys owned by a boy named Andy. When Andy is not in his room, his toys become alive. His favourite toys are Woody, a gun-slinging cowboy, and Buzz lightyear, an outer space superhero. The four instalments of the series were very successful. The first three instalments were the best selling movie of the year when they were released. Toy Story 4 was also a success, grossing more than US$1B. Total worldwide box office for the series reached US$3.043B.

Some anime, or Japanese animation, saw success worldwide. One of the best selling movies was Spirited Away. The stories follow 10-year-old who wandered into a world full of gods, demons, and spirits. Despite the fantastical theme, Hayao Miyazaki revealed that the movie had serious undertones relating to prostitution. Still, it is one of the best selling anime films. Miyazaki also released a few other critically successful films, like Your Friendly Neighbor Totoro and Howl’s Moving Castle. Other Japanese animated movies are for example Overlord season 4 release which has kept fans in expectation as of the time of this writing. In addition, there are characters like Giorno Giovanna, which is another Japanese movie character.

Your Name is another anime that was successful outside Japan. It is also one of the top-grossing anime films of all time, both in Japan and worldwide. Your name is a romantic fantasy drama that revolves around a boy and a girl who switched bodies. It also won several awards from different organizations.

Coraline is a stop-motion horror fantasy animation. It is one of the best selling stop-motion anime films. It follows a girl named Coraline who finds a door to a seemingly wonderful world. Little did she know that this world holds a dark and sinister secret. The was critically acclaimed. It grossed over US$124M worldwide. It was also nominated for Oscars and Golden Globe Awards.